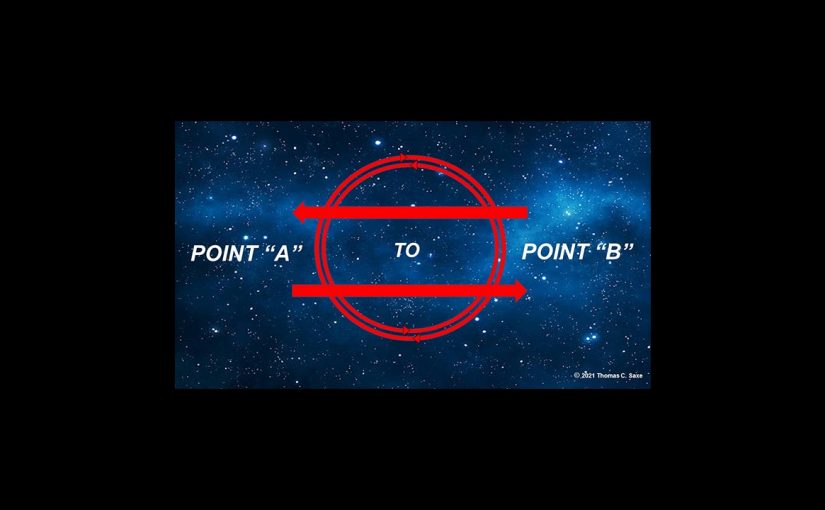 Here’s a little something that could stimulate thoughts, i.e., exercise the brain’s “thinking engine”, (or not).

I’m sure that the scientists/physicists have already figured part of this one out, as many believe that the “Propulsion System” of “Alien” craft (UFO’s) is some sort of “Anti-Gravity” device, well, it is, but not “Anti”, I would say it is a “Gravitational Amplifier/De-Amplifier – Accelerator/Decelerator” system. These are just my own thoughts that my “Rocking Pipe” inspired me to write tonight.

What if Alien craft (UFO’s) propulsion isn’t “Propulsion” at all, in the sense that we/most Earthlings believe the typical “propulsion” system to be, wither it’s a jet or rocket engine, etcetera. Most scientists/physicists DO say it’s some sort of “Anti-Gravity” system.

Well, tonight as I sit here on my veranda overlooking the early-evening Moon cast its white light over the calm Pacific Ocean, (in a forever straight line from the horizon to the shoreline, up the sand, a fading, dimming Moon light as it streaks through the grass, right up to where I’m sitting, for all you flat-earth versus round-earth folks out there) the proverbial “Light Bulb” went on as I gently set my glass pipe down on the glass-topped patio table.

My pipe has a slight indentation on the bottom of the bowl in order for it to sit in an upright position and not spill out all a person’s fucking home-grown bud. So, I set my glass pipe down on the glass top of my patio table, like I’ve done 1,578,922 times before, and what’s it do, like it’s done 99.9765% of the times before? It rocks back and forth, slowly at first, geometrically gaining enormous speed, clicking the table on each side of the pipe until each sides “Power” (gravitational “pull” from each side of the pipe) gets to where they are equal, canceling each other out as it comes to that centered and equal resting stage.

I’m thinking the faster the speed, the lesser energy used, so when the craft is traveling at these insanely high speeds, with G-Forces way beyond what the human body can survive, they are hardly using any “Energy” at all, energy as we Earthlings know it. Like the opposite poles of a magnet, one way the poles attracting and one way the poles repelling, the craft’s “Engine” if you will, has attraction to the Earth’s gravitational pull (if you believe that gravity DOES exist), and an attraction to whatever other object in space that is nearby, the closest, like, let’s say, the Moon. The “Engine” is switching allegiance from one gravitational attraction to the other, back and forth at speeds so high, they are astronomical.

Like me trying to calculate the speed my “rocking” pipe achieves just before it comes to a rest. The only difference is, the Alien Spacecraft “Engine” never comes to a rest until it physically lands, and even at rest, it never “turns off”. If landing somewhere here on Earth, with the gravitational attraction of Earth at its peak via the “engine’s” “gravitational amplifier”, there is still a slight gravitational pull/attraction from the Moon.

Like pointing one of those Spy-Type microphones at a subject in the distance and then having the ability to turn up the volume and hear what two dudes are saying to each other. The “Engine” is a gravitational “Amplifier” able to “Turn-Up” the “Volume” so to speak, I.e., ramp up the gravitational attraction “Pull” at will between two opposite “poles” (pulls). Hence, getting from “Point A to Point B” and “Point B back to Point A” (etcetera) faster than you can blink an eye.

I never studied “Physics” and I hated Algebra, so I confess, I personally have no clue. So, think about it and report back to me what YOUR thoughts are. If my assumptions are correct, the question is HOW do they do it, i.e., how do they physically increase and decrease the gravitational pulls (plural) between to masses that each have a separate and different unequal gravitational pull?

Perhaps it’s an “Element” or material not found on Earth that when “excited” by another force or element, by rocking back and forth like my pipe, or like a pendulum, or spinning back and forth in some type of enclosure, amplifies one “Pull” (pole) or the other, thereby increasing the “Pull” in one direction or the other, i.e., getting from “Point A” to “Point B” and the reverse. Would that explain the crazy right-angle turns that are seen? Your thoughts?

P. S. Think about, try to calculate, the “Speed” at which two magnets attract to each other, and collide together, versus the opposite “Hovering” or impossible task of trying the same thing when the “Polarity” is shifted, no matter how hard you try, you cannot make them meet together. I think there could be something similar involved.