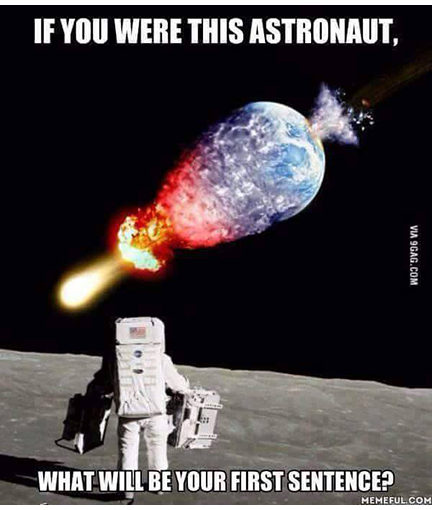 Clever Comedy is comedy that sneaks up on you, and lingers. Here’s what started it all tonight on Farcecrap:

Tom Saxe James Maestas You win the Oscar for that comment, honestly, great comedic mind you have, very similar I am. I surprise myself how out there my own thoughts and writings are. You can find similarly out in left field good stuff on my website, which I won’t post here, so it doesn’t appear that I am spamming on your comment. I will send you the link in messenger however. Thanks again for your comment. I enjoyed it thoroughly.

Tom Saxe James Maestas What you wrote has inspired me to write a post for my website. Your wit, is probably like having a beer with George Carlin. I call it “Clever Comedy”, the kind that sneaks up to you, and a second or two later, it hits you and not only are you truly amused, but the cleverness of it lingers on. So, my post that I have started writing is titled “Clever Comedy”. The other attribute that clever comedy possesses is honesty. Thanks again.

Tom Saxe Actually, James Maestas instead of a post on my website, which eventually goes into the “Archives” and is harder to find, I’m going to make it a “Post” on my website, which will be titled something like, MY FAVORITE FB COMMENTS. My intent is to add “Clever” comments when I see them. Which is few and far between by the way. Most of the so-called comedic comments are either “in your face” profane or rude or childish, but we laugh at it anyway, forgetting it quickly.

Inspired by James Maestas, I came up with this (posted on farcecrap)

Just a few a few minutes ago, I was sitting on my patio, it’s 10:00 PM on December 22nd. 2018. And a neighbor kid came out of the house from two houses down at the end of the cul-de-sac, headed to his house right next door to me.

The neighbors’ porch was not lit (it was dark) and when the dude from next door came out of the house from across the street, he had his flashlight on. Then, as he reached the asphalt, he turned his flashlight off, for the journey to his house which is to the right of mine.

Now, understand this is up in a tiny mountain community, and our streets and our yards are full of trees. I say our streets because just as on the main road, there is a giant Oak tree in the middle of the road right in front of my house (road is paved around the trees). So, this is not the typical residential neighborhood, or streets. Not too concerned about the dude stumbling over a fallen branch, I yell out, “Dude, I recommend that you turn on your flashlight so you don’t step in Deer shit”.

The farcecrap post/meme courtesy of:
Armin Mehmedovic (who shared his first post) Thanks go to Armin for posting the above MEME.

Here’s another farcecrap comment to my post “It took me a long time to figure out, and I figured it out a long time ago – Dr. T. C. Saxe, DD”

Tom Saxe Amen Zucced There is help for you out there, you know, doctors, shrinks, religion? The only thing is, for you especially, there is no way to reverse what you did, they cannot reinstall your fucking penis, sorry.

Merry Christmas to all! We had a good Scandinavian Christmas Eve tonight sans lutefisk. Main thing was to open presents tonight. My understanding is that this tradition started amongst some Northern European sects that somehow figured that Christ’s second coming would occur on Christmas Day. Being practical folk, they figured that they’d better see what they got for the holiday. If the Lord came back the next day they’d have blown their dough for nothing, I suppose.

Stay tuned for more to come…………