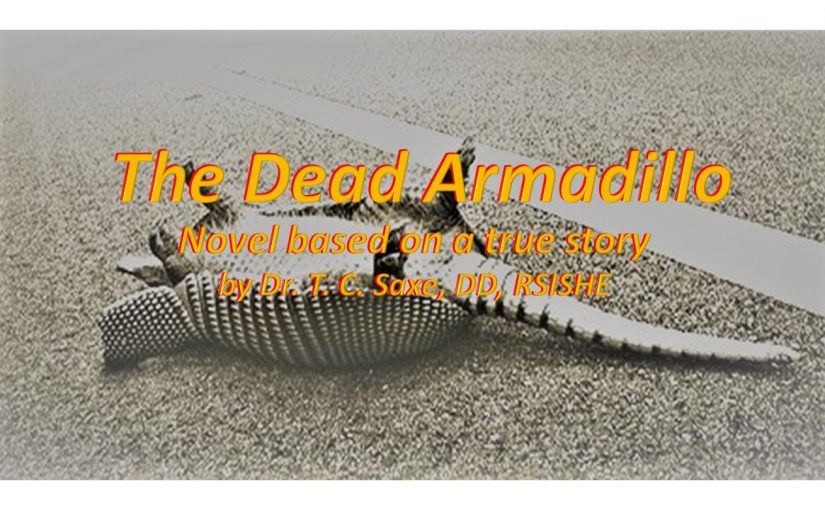 This page is where I’m listing my most important story. It is the one that I have been attempting to write for over forty (40) years (based on my own life experiences).

Over the years, each attempt at writing this story was short-lived because I lacked three things, like real inspiration, my memory, (which was awakened by my last stroke in July of 2015), and enough of a skill-set in the mechanics of “Writing” .

In late September of this year (2019) I was finally the recipient of REAL inspiration for this story that I call, “The Dead Armadillo”, and that last stroke I mentioned? It was close to my “Third Eye”, and my memory has been super-enhanced, gradually, since that stroke.

THANKS SO MUCH FOR VISITING MY WEBSITE AND READING MY “WRITINGS”

Click the following for the latest PDF format of, “The Dead Armadillo”

Once the screenplay is finished I will post a link