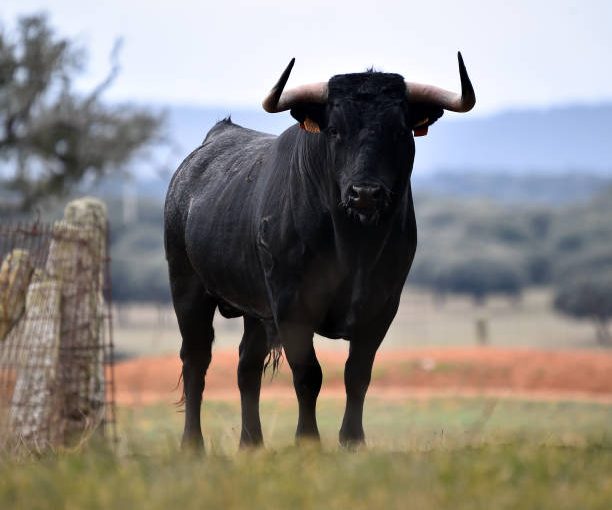 Imagine if you will, you and a whole bunch of friends are having what we used to call a “Field Party”. That’s about thirty-six to forty teenage kids, seven kegs of Grain Belt Beer, and the mostly Ford pickup trucks that brought them there.

There was a field, not just any field, a field of “Cultured Sod”, in this case Kentucky Bluegrass /Hybrid mixture. One of the pick-up trucks has a really awesome hi-fidelity sound system with two huge speakers in the truck’s bed. 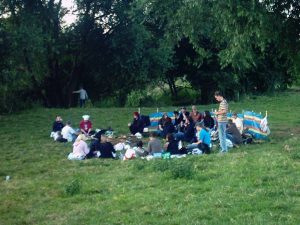 All the chicks have brought sandwiches, chips and dip, and it’s a GREAT Field Party. Imagine the scene if you will, a bunch of kids, dancing, laughing, drinking, eating, a few making out, AND, some of Tommy’s BEST home-grown Mary-Ja-Wanna.

Now what I’m about to describe, to the best of my knowledge, only happened that one time, and that entire group of kids (who are still living) still talk about it today, 50 years later.

This lush almost like a carpet, green field where we had that particular Field Party that beautiful Early-Summer Saturday, June 1st 1963, was the only time we used that particular field of cultured sod because Johnnie’s dad, the “Sod Farmer”, said one time was okay, as long as we picked up our trash.

We all thought that it had been okay because THAT’s What Johnny had said. In reality, we found out that next week at school that it was NOT okay, and Johnny got his ass whooped good. I just figured that Johnny was just really trying to do a one-up-man-ship on the rest of us, mostly me, because although we would have our parties at three other farms/fields, everyone liked my field the best, that is, until we had that fateful “Field Party” that day at Johnny’s farm, we thought, by permission.

His parents were on a trip to Texas to pick up several head of Angus Cattle. What THAT particular fact has to do with this story now brings up my title, “Dude, you ain’t got the balls to do that”. Next to this twenty or so acres of lush, green, cultured, Kentucky Bluegrass / Hybrid Sod/Grass, (which just a few years prior had replaced the traditional crops like corn, alfalfa, soy beans, etcetera as the new cash crop), was another twenty or so acres of grazing fields with several fence-lines dividing that acreage into several sections. Johnny’s dad was the first farmer to also get involved with raising Angus Cattle.

Barbed Wire fencing. That ALSO was the long stretch of fence-line separating the “Sod” from the “Beef”. In this case, one lonely looking bull, an Angus Bull, “General Patton”, with a nut-sack that hung halfway to the ground, silently standing about sixty feet from the fence, and the part of the field we were on was about another sixty feet away.

Now, imagine if you will again, a bunch of partying teenagers, music blasting out of the back of Billy’s Ford Pick-Up Truck, and someone comes up with a brilliant “I DOUBLE-DARE YOU” idea. Daring anyone drunk, stoned, or stupid enough…..or all three, to try to sneak up from behind, i.e., walk up behind, that Angus Bull and whack him in the nuts with this stick.

There was a financial incentive to this madness, the kids had raised $78.23 as a “Reward” for my “Act of Courage/Stupidity”. I say THIS STICK because there it is, hanging over my mantle, with a nice plaque, stating, “Tommy whacked General Patton in the Nuts and Survived – June 1st, 1963”.

The wind was blowing the right direction for me that day. I was down-wind from the bull. I could smell the bull (the closer I got), and he couldn’t smell me. All the kids were standing at that fence-line, yelling, waving t-shirts, rags, their arms, trying to keep the bull’s attention. 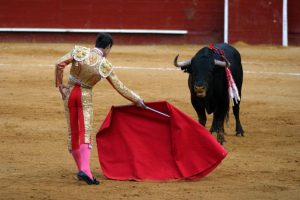 Susie, my girlfriend, was waving my “RED” T-Shirt, as I had taken it off so not to attract the bull’s attention as I was walking way around him, sneaking up behind him.

One whack. Hit him square in the nut-sack from behind. Bull yells, starts running towards the fence-line about sixty feet away, some of the kids, like the girls, screaming and running back away from the fence at the sight of a raging bull, screaming bull-speak for rage, coming towards them at 50 miles an hour.

Me? I ran the other direction. It seemed like a second later General Patton looked around and noticing my dash towards the opposite fence, he stopped, turned around, did that pawing in the dirt with his hooves sort of thing, and within what seemed like a few more seconds, was ten feet behind me, surely to gore out a new asshole for me with his horns. 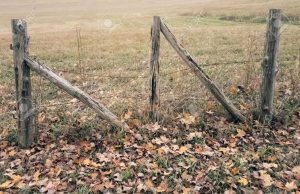 I made it to, and over the gate, (the only portion of that fence-line that was not barb-wired), just as General Patton crashed headlong into it. What a memory. All my friends cheering, some laughing, Susie crying for joy that I had made it without getting killed. Wanna see the stick?

P. S. Sometimes, I feel inclined to add a “Disclaimer” of sorts for whatever reason, and in this case, I’m adding one for all my friends and readers who may be dismayed at the “Whacking” of the Bull’s “Balls” in my story. So for all those who are dismayed and/or offended by the thoughts of “Animal Cruelty” portrayed in my story, THAT part of the story is pure fiction. Yes, there were many “Field Parties” that I attended as a teenager, and yes, one time there was a Bull, and yes, I was encouraged, “Double-Dared”, to sneak up on said Bull to whack that Bull in the nuts with a stick, but, no, I did not accomplish that part of my story. In fact, the Bull saw me right away and DID chase me back through a gate that I had walked through. Sometimes, not often, I will remember something from many years ago and “Flavor” the story to make it a more interesting “Read”. Thanks for reading this one. I can see that many people are visiting my website and reading this one.