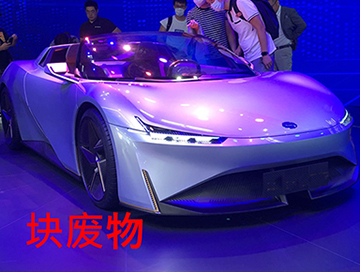 Everything is “Made in China”. I was having dinner at a friend’s house one time. My friend is a Mexican-Born Hispanic USA raised dude that rules over most of East L.A. as the leader of some Biker Gang. Anyway, when we sat down at the table for dinner, and while a “Biker Dude” with some very impressive Tat’s was filling our water glasses (Made in China), and another dude was placing little pats of un-salted Swiss Butter on our bread plates, I couldn’t help noticing that the Place-Mat, you know the place setting mat that many people set on their tables, was a folded over kitchen-size linen hand towel for drying dishes, or wiping the up spilt Tequila off the counter, anyway, the little Tag on that linen Place Mat/Folded Towel was sticking out like an erection and it said…..”MADE IN CHINA”.

Ironic. Homemade Mexican food at Luis’s house, served on a folded linen towel instead of one of those regular purpose-made “Place-Mats” with pictures of some lovely landscape or a deer walking through a meadow somewhere because after those two biker dudes that had earlier served us the water, butter, rolls, Mexican food, filled my wine glass on a regular basis, after THOSE dudes removed our plates and our silverware…..Luis unfolded his “Place-Mat/Towel”, poured a little water on it (from a glass made in China), and he began to wash his face and hands. I followed his example. I noticed that my girlfriend Susie and Luis’s wife Mary had pink “Place-Mat/Towels” (Luis and I had off-white towels). Susie told me later that hers felt silky so it was probably silk instead of linen like the men had. Nice touch.

Everywhere you look, at everything you use in your daily life, comes from CHINA, everything. What inspired me to write this essay was a video/animation of a Bar Chart showing the leading thirty or so of all the top countries annual exports in the world. From the 1960’s to 2019. What was cool about the active part of the animation was each year seeing the various positions change near the top sometimes at the bottom and middle, including the estimated dollar amount as it grew or sometimes shrunk throughout each 12-month period, and seeing each decade go by, up to 2019.

Guess who was at the top at the beginning and for fifty years? Yup, the United States. Below the U. S., were countries like Germany, Japan, France and Great Britain, battling it out in the spots below the USA. Here’s the link to the farcecrap posting of the bar chart. I could not copy a link to the internet source of the video (still looking for the source’s website).

Then, all of a sudden China, who hadn’t even shown up on the bar chart for decades, peeks its head up from the bottom of this active list replacing Brazil or whatever, and begins a meteoric rise to guess what folks, THE TOP of the bar chart, replacing the USA as the #1 in exports.

It was questioned on one of my facebook posts of this bar chart wither or not the various countries exports included military exports. The answer is quite simple, no as far as common sense would tell you, each of the various countries annual exports did not include anything used by any military, excluding the underwear that soldiers were handed in Boot Camp in every country except the USA (Ours are manufactured in Federal Prisons). It would be a totally different bar chart if the chart producers had one already or could make one, showing JUST the military exports. The USA would far exceed the closest competitor in military exports.

So, taking this ”Made in China” thing one step further. Imagine if you will, someday off in the near future, we see a commercial where two Italian-looking dudes are stopped at a traffic light in Sant’Agata Bolognese where the Lamborghini are built. Both of the Lamborghini/Ferrariesque looking vehicles are the same model, but different colors. One dude looks over from his exotic convertible to the other dude in his convertible and says in Italian, “How long have you had YOUR Yīkuài fèiwù?”. On the screen we see the Chinese Characters for “Piece of Crap”. “I picked up MY Yīkuài fèiwù at the factory in Wuhan”, the other driver proudly says. 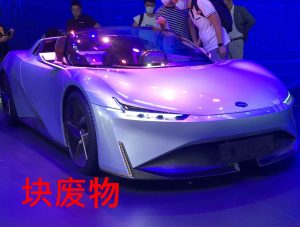 I’m joking really. China has come a long way and in many cases already produce/manufacture a much better product than the USA or anyone else could produce for that matter. So it wouldn’t surprise me if their automotive technology evolved, and they eventually were manufacturing vehicles far superior to any other manufacturers.

Everything is “Made in China”. That fake plan-demic called COVID-19 that fizzled out and didn’t kill millions and millions of people like they designed it for? Partially made in China. The original work began 12 years earlier at an Army Biological Weapons Lab in Fort Detrick, Maryland and a few university labs.

This was the after-effect again of having another patio-chat with my next-door neighbor Cameron over several bong-loads. Our original discussion began with how insane many laws are, like the Mexican laws regarding the handing over legal rights and possession of someone’s dead body so you can give her (Annie) a decent funeral and burial or ashes at sea experience. Annie, Shelton’s previous owner/companion was buried in a “Pauper’s Grave” in Ensenada in spite of all the efforts to get her body released.

Cameron and I talked about where these laws began, like the USA making Cannabis a Schedule One drug along with Heroin and Cocaine many years ago, and various states now passing state laws making it legal as a recreational substance, i.e., ending up with SOME laws actually being good laws for people, like what Mexicans have recently been celebrating with the legalization an decriminalization of Cannabis in Mexico.

Then Cameron asked a question, “Do you think we will all be forced to take the vaccination?” to which I responded with a briefing on my last post which went into a quite detailed look at being vaccinated AND “Chipped” as well, by force, either in the hand, forearm, bicep, butt, or an inch away from your junk. Here’s the link to that essay/post.

Conclusion. Who REALLY has the ultimate power? China certainly rules the roost as far as annual exports to every single country in existence, which is everything non-military (although the underwear that soldiers in most countries wear is more than likely made in China).

What matters is who makes and sells/exports the most WEAPONS AND WEAPON SYSTEMS, like fighter jets, tanks, missile defense systems, etcetera….The USA will NEVER lose THAT top spot on the bar chart unless the American People stand up, and do whatever it takes to make the necessary changes that reduces THAT export figure dramatically.

Which leads to another thought/comment from Cameron, “I don’t think a militia-type/backed revolution will happen. If an attempt was made, the government (troops) would quickly end that kind of shit. The militia-types would be slaughtered, quickly”. I touched on this subject in my last post also, key word: ORGANIZE.

As citizens of this once great country, and as a people, the only way we can win a fight against the elite/cabal, deep-state, military/industrial complex and the dudes at the top of the pyramid, is to continue the fight, somehow, once we start it. ORGANIZE!