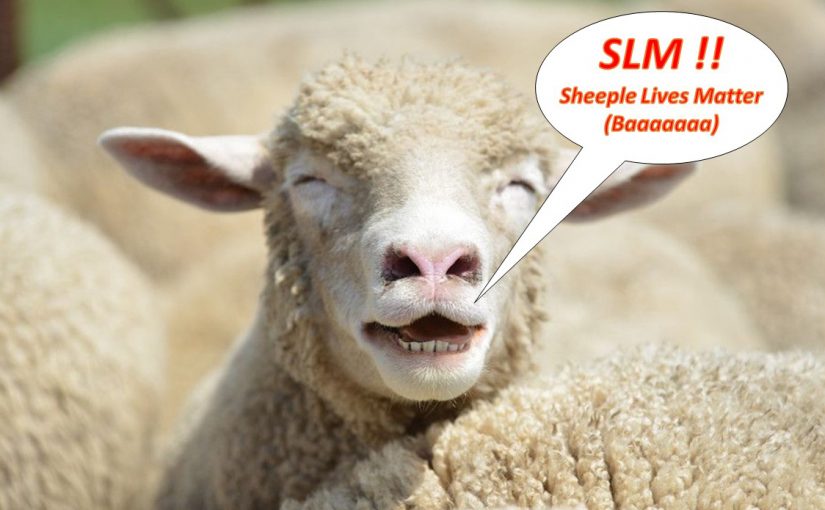 It’s interesting to see the dual-effect/dual-outcome on the generation that grew up in the 50’s and 60’s and the generation that followed right after, of having no Smartphones, Computers, and Video Games. What we all had was the great outdoors, and each other, whether it was out in the country on a farm coming home from a day of play with cow shit on our shoes, or playing stick-ball on the city streets of a major city like NYC. I’ll explain the dual-effect later in this essay.

Since I am from the “Baby Boomer” generation, I can say that what we did was simple back then. We ran around outside like the little kids that we were, playing Hide-&-Go-Seek, Cowboys & Indians, explored, like I did, quite a bit of the 356 Acre farm where I grew up (I even discovered an illegal Nudist Colony on our property, deep in our woods one time).

The “News” was something our parents watched after dinner, and it wasn’t as blatantly filled with propaganda, misinformation and outright lies as it is today. 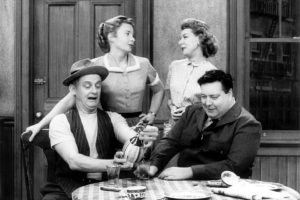 For that generation we call the “Baby Boomers” as children, we had nothing to fear, well except for those nasty Communists from the U.S.S.R. and Red China (a sample of propaganda). Now this oldest of living generations has a lot of BS to fear. BS because much of it has been purposely fabricated to instill FEAR AND OBEDIENCE in everyone.

This cautiously peaceful era that we call the “Cold War” was prior to the Vietnam War, and other than having to hide under our 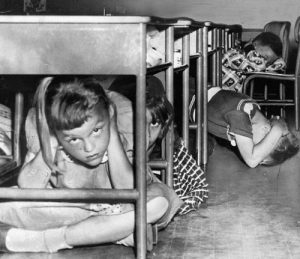 desks at school for a weekly “Drill” that was supposed to save our lives from an unexpected Atomic Bomb blast, life was good, life was simple, and most of us had fun growing up as children.

Here’s an interesting/amazing part, which I label the “Duality Experience” for the Baby Boomer generation and the generation right after called “Generation X”; The vast majority of those same generations today, hopelessly, do not have a clue. They ARE the dumbest generations alive. All their lives and still today, they rely on the Main Stream Media (MSM) news sources for their sole source of information, (which they believe to be the “Gospel Truth”), and they believe just about everything their government tells them. Many are “Hawks”, because of their life-long indoctrination.

The minority of these same generations have had and continues to have, an open mind and as a result, unlike these cross-generational “Sheeple”, we have grown and continue to grow in knowledge with the birth and growth of technology, (coincidentally, I also think that the minority of us were open to, and still partake of, cannabis. Some of the “Awakened/Awake” folks even partake of the more exotic mind-opening drugs like mushrooms etcetera).

So, for the vast majority of the Baby Boomers and younger generation Sheeple, (I suggest they are of the ages between 45 and death at old age) I suggest that it’s because a vast majority of these people did not grow with the times, with the growth of technology. They have whatever is the cheapest, simplest cellphone that’s available 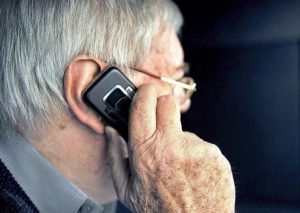 to them on their budgets instead of a “Smart” phone, and even if they DO have a Smart phone, they still only use it for making and receiving telephone phone calls from their Mother or their sister Edith, and maybe, just MAYBE, one of their grandchildren have taught them how to send and receive “Text Messages”.

Most do not own a computer, and if they do, they have absolutely no idea how to use it other than to send and receive emails filled with photos of their Grandchildren or their pets, and that exchange is primarily limited to their relatives and/or close friends. They haven’t a clue as to how vast the Internet is, and how much information is available to them.

These folks (45 and older) make up that huge portion of what we call “Sheeple” with just a scant few of them, like myself, that grew WITH the technology when it came along, discovering, with the continuing evolution of the “Internet”, that we could use it as a tool to research and find answers to just about anything. 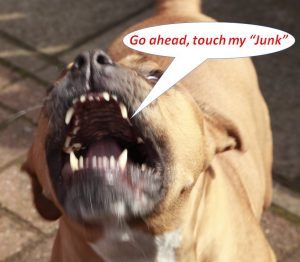 Do you want to find out how to give your neighbor’s Pit-Bull a Vasectomy without anesthesia? Look it up on the Internet, in fact there’s probably a YouTube video just for that. Or you are really interested in researching who really murdered JFK? The information is there, you just have to do the research.

The people across the generational groups that are amongst the “Awakened/Awake” have also used modern day technology and discovered that in so many cases, our history books were wrong and deliberately excluded or white-washed the truth. The point is, you are either a “Sheeple” and refuse to learn the truth, or you are comfortable with YOUR life the way it is and selfishly could give a Rats Ass about anyone else, or you are just plain stupid….Or perhaps, you are AWAKE after discovering the many truths that are out there.

As this small tech-savvy portion of the “Baby Boomers” along with later generations began to publish more and more information on the Internet, the availability of real truths and real news evolved and exponentially increased, especially in the last 20 years or so.

Across all adult generations, we became part of what’s known as the “Awakened, or Awake” group of people. So far, we are outnumbered by the “Sheeple”. Lots and lots of Sheeple out there that refuse to believe anything other than the MSM, and what their government tells them to believe.

It’s amazing that you do find those same “Sheeple” people on social media, but that’s as far as their reach is, because they either use social media to send and receive family photos, pictures of their dog Bowser, etcetera. When they DO make a “Comment” on a Meme or posting on Farcecrap that in their mind, is politically or religiously incorrect to them, or both, i.e., it doesn’t jive with their long-held views due to the massive indoctrination/brain washing by the government via the MSM, they are easily identified as Sheeple when you read their comments and take a close look at their profile page.

Heaven forbid that the Sheeple would actually do any deep research into, let’s say, how the World Trade Centers ACTUALLY were brought down, i.e., what caused the demolition-like collapse, (could it be a pre-planned, controlled implosion using the strategic placement of explosives?). That one is no longer a “Conspiracy Theory”.

When you take a look at the latest generations of kids, like my 7-year-old Grandson, the jury is still out, we really don’t know what effect that the technology of video games, 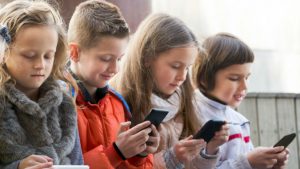 smart phones, and everything else will have on them. We WILL know in ten years of so, when they are graduating from High School and entering college.

My guess is that because of the ever-evolving use of the Internet, my grandson’s generation that we call the “Gen Alpha” will be the smartest as far as being “Awakened” is concerned, thanks to the continuing evolution of technology. In spite of trading in the types of activity that us Baby Boomers called “Play Time” using “Cow-Pies” as Frisbees, for “Smart Phones & Video Games”, my Grandson’s generation ALSO will realize, observe, and react to the real news, the real truth, and optimistically lead their generation farther across the threshold between the Pisces Age and the Aquarian Age. 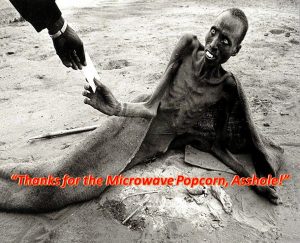 This is not about “Conspiracy Theories”, a term invented by the CIA after they murdered JFK. This essay, I hope, is a wake-up call for the vast majority of “Sheeple”. I ask that YOU do the research yourself, the truth IS out there.

I suggest what I always have said, “Follow the Money”. Research who gains and who loses financially with NEVER-ENDING WARS. Research who gains and who loses financially with things like the recent world-wide shut-down due to the “Plandemic” Covid-19. Go back and research JFK’s murder, and who gained from his death, research 9-11 and who gained immediately, and who has gained from the aftermath of never-ending wars against the wrong group of people. Research everything before you come to your conclusions. That’s all I ask of you because we want YOU to WAKE UP.

For those of you who are amongst the “Awakened/Awake”, the task and ultimate goal before us seems impossible, but as an optimist, I truly believe that in spite of all the obstacles and what seems to be the impossible goal of defeating the “Elite-Cabal”, the “Evil-Doers” (for lack of a better name), we DO have the advantage currently with the ability to use existing technology to turn the “Sheeple” into “Awakened/Awake” folks. That’s the “Task”.  Let’s ALL of us starting perhaps with family and friends who are “Sheeple”, continue to assist/help them to do the research themselves, because the ‘TRUTH SHALL TRULY SET THEM FREE”. If you think my essay will help you to educate a family member or friend, please give them the “link” to this essay. Thanks for reading this.

For those who have been keeping up with my progress with “The Dead Armadillo” story, here’s the latest update: