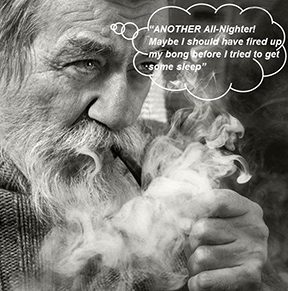 Let’s face it folks, for the past 50-75 years or so, politicians from BOTH major parties, and many other government officials in high positions of authority in many branches of our government, (and in other countries as well), have been and are still involved in “Shenanigans” that are TREASONOUS acts against the Citizens and the Constitution of the United States of America (treasonous acts in other countries by their politicians and government officials as well). Note: The “Shenanigans” have been a part of every society for a few thousand years, I’m just focusing on recent history (in my lifetime) and what is happening right now.

If you, as an eligible voter don’t understand that, you are either, 1) Uniformed; or 2) Misinformed; or 3) Just plain stupid; or 4) Been in a coma for 50 years or so; or 5) Still in a jungle somewhere been raised by monkeys….or a combination of at least three categories, in addition to being totally void of that thing called “Common Sense”.

If you are what is called a “Sheeple”, but you DO know that something IS terribly wrong with everything that you see currently happening today, and/or you are curious about significant negative events in the past, and you have a desire to find out the real truth, i.e., what’s really been going on, then I suggest that you begin doing your own research and listen to what others have been trying to tell you for so long.

The more Sheeple that can be converted into the growing group of folks that are “Awakened”, the better the odds of saving our country and it’s citizens, saving YOUR country and its citizens whichever one that may be, saving those countries and its citizens that have been victims, and perhaps even saving the human species. THAT’S how serious this has become.

As a species, we are slowly approaching a “Fork in the Road” and wither we take the left fork or the right fork, it will determine if we survive as a species on this planet we call Earth. We have been crossing the threshold from the Pisces Age into the Age of Aquarius for about 100 years or so. That crossing over and into new ages from past ages lasts two to three hundred years.

The Pisces Age was the age of “Religions and Wars” and thank God we are leaving it because mankind’s religiosity has been a primary factor in all wars, genocides, and every other horrific thing that was beset upon mankind during the Pisces age. The Age of Aquarius is the “Age of Technology and Peace”, and if you don’t understand that, then you have either been in a coma for 50 years, or you were raised by monkeys in some jungle somewhere.

As an optimist, I believe that we ARE going to take the correct “Fork in the Road”. All of us will be long dead before our species has finally crossed that threshold that I mentioned earlier. Even my seven-year-old grandson will be long gone before we are fully rooted and living in the new age. Since I believe that is the case, what’s the use of doing anything at all one might ask in hopelessness. The answer is that we all have a responsibility NOW to help guide our species towards that correct fork in the road as we come to it.

What we do now DOES make a difference for our future. What we learn and share with others DOES make and will continue to make, a real difference towards a positive choice perhaps a hundred years from now as we take the correct fork in the road.

Wither you believe or don’t believe that there is something called the “Elite/Cabal”, or whatever name you want to associate with the top 1% of the 1%, it doesn’t matter to me, as I already have done my own research, and “Followed the Money”. It should matter to you however, regardless of your station in life. If you know for a fact that your bank account does not qualify you for the top 10% at least, then this message is for you.

What we see happening all around us today is the result of using the technology we currently have to do the proper research, and to share our research/findings with others. That technology is ever evolving, and our ability to research and share is evolving. Sheeple are being “Awakened”, and the numbers of awakened folks are increasing exponentially.

There is a new “APP” that hasn’t been designed/programmed yet that will be like a shot of adrenaline to this whole awakening process that we are going through right now. It will replace all social media platforms, search engines, video conferencing platforms, and other Internet-based communications applications. It will be the “Mother of All Apps” when it becomes a reality, and there is nothing that will prevent it from fulfilling its function of bringing all of mankind into the new age, an age of PEACE, because of TECHNOLOGY.

In conclusion, technology will allow us to finally go from being like that “Single Fly, Farting in the Wind”, to an ORGANIZED, SYNERGIZED, and OVERWHELMING POSITIVE FORCE FOR CHANGE. We will become a majority force strong enough to defeat the folks that have been running our world into the ground, so to speak.

You have choices. Do nothing…Or get involved. If you have ANY Common Sense at all, you will allow yourself to be open to reason, to be hungry for the real truth, to seek it, to find it, to wake up, and to share it.

In the meantime, we will be developing that “Mother of all APPS” that I mentioned earlier. Those of you that are awake that want to have a “Technology Jam Session” to discuss this, please let me know. We are stuck with the social media currently available to us (like farcecrap, Zoom, etcetera), so we temporarily will be using what’s available for our “Technology Jam Sessions”.

Temporarily, for those friends that are interested, I will be setting up communications on WHATSAPP since it is more secure than the other video conferencing platforms.

DO THE RESEARCH! WAKE UP! AND GET INVOLVED!