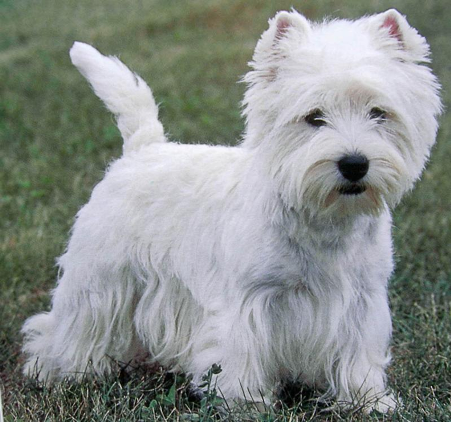 From my farcecrap posting: It’s now a little after Midnight. This story is TRUE, and it happened last night. The reason that I’ve used a photo of a dog that happens to be a mirror image of Shelton (a Sheltie), is because I think more people will be interested in actually going to my website (by “Clicking” on the photo) because it’s a cute little doggie photo. Right?

Friday the 31st of July, 2020, early evening, about 7:50 PM. The full moon is south of me, to my left from where I’m sitting facing the beach, and there’s not a cloud in the sky. I’m outside with Shelton, a West Highland Terrier that I have been babysitting for about a month. I have a favorite spot where I sit, to give Shelton his freedom several time a day (or try to convince him) to take a crap outside instead of in the Casita on the beautiful Oriental Area Rug in my living room.

So, as Shelton is roaming about tonight, chasing one dude on a small motorcycle, lifting a rear leg on the neighbors left-front tire, sniffing the ground as he walks around, like all dogs do, I’m sitting there smoking my cigar, having a beer, looking north towards Rosarito Beach when I begin staring at two red lights SLOWLY traveling south along the coastline. Not just one light, but with my poor eyesight, it appeared to be several lights on each object. Not over the ocean, but just sort of following along the shoreline, perhaps a hundred yards in from the ocean.

To me, at first, the two dark objects with the red lights could have been airplanes, but as they got closer to me, I recognized that they were moving way too slow to be airplanes. Of the two objects, one object was much larger, and was ahead of the other smaller object. Then all of a sudden, the larger object just stopped, like stopped on a dime, as if to wait for the smaller object to catch up. Hovering? I don’t know, those small radio-operated helicopter- type drones that people have can hover, but not a hover that is completely motionless, with no wind/breeze-caused drift of its hovering.

This larger object began to move again, slowly, as the smaller object was catching up. Then I thought, balloons? Nope. Balloons don’t stop on a dime, and whatever wind or breeze is up there, if it was two balloons, there would have been some kind of movement caused by the wind or a slight breeze. When the two objects starting getting closer, the lights went out, but there was still enough daylight left to clearly see the objects, which appeared to be dark, possibly black in color, moving. I don’t have good eyesight as I did when I was younger, so I still could not quite make out the shapes of the two objects or the actual number of red lights on each object.

As the larger object got closer, it’s like my field of view made me think that it was also descending a little, still moving very slow for anything that I could imagine. Then, WOW! MAJOR GOOSEBUMP TIME! The larger object was almost directly overhead, from my vantage-point, and all of a sudden, the entire object began glowing, brightly, with a whiteish-pinkish-yellowish hard to describe color. This eerie glow came on as if pulling the string on a bare lightbulb in your basement. It gave me chills.

When this eerie bright light-glow came on, it had come to a complete dead stop again, almost directly over me, and the glow was not so bright that I could not look directly at the craft. It was like the glow was bright, but also dim enough for me to continue to stare at it, almost like a light-bulb that is on, but not so bright that you can’t stare at it. That’s what was eerie about this object’s glow. AS I STARED AT IT, I COULD CLEARLY SEE A PERFECT, ROUND DISC-LIKE CIRCULAR SHAPED THING IN THE SKY. My best estimate was that it was only a few thousand feet above me at that time. It was kind of hard to tell how high it really was, and how large it was. To me, it appeared to be a very large object if it was only a few thousand feet above me. Size? If I was somewhat correct on the altitude of the object, I would guess it was at least a three or four hundred feet or so in diameter. Picture that in your mind, that’s the length of a Football Field.

I yelled out to Arthur, Molly, and I’m guessing it was Nicole and Garrett, whom they were talking to, “Hey! Come out here! Look at this! They didn’t hear me, and by now the two objects were slowly moving across the sky south of me, disappearing out of sight past the top of a hill, heading towards Ensenada. I was so fixated on the larger object, I can’t remember for sure if the smaller object was still glowing, or if it was back to a red “navigation” light.

I’m 71-years-young, and I can say in all confidence and sincerity that I DO know the difference between airplanes, helicopters, drones, weather balloons, kites, and a couple of witches on their brooms. What I saw tonight was otherworldly for sure.

Twice tonight, Shelton and I have been compelled to go back outside and stare at the sky. I’ve always been intrigued and entertained by all the UFO stories, going all the way back to the first public discussions of the Roswell Incident. I became a real believer tonight.

P.S. This experience tonight was not cannabis inspired. I didn’t load and light up my bong until AFTER I wrote about it. Here’s an additional thought after getting slightly stoned: Putting it in a different perspective, if the larger craft was a few miles in altitude, the craft that I saw tonight would be three or four thousand feet in diameter instead of three hundred feet.

P.S.S. Final afterthought: The objects were moving so frikin’ slow! To give you an idea of how slow, when I first looked at the two objects as I was looking north towards Rosarito Beach, they were approximately 20 degrees above the horizon, and my last glimpse as they were heading over the hills towards Ensenada, about five minutes had gone by. Certainly enough time for me to run is the Casita and grab my cellphone. I was just too mesmerised, startled at what I was witnessing.