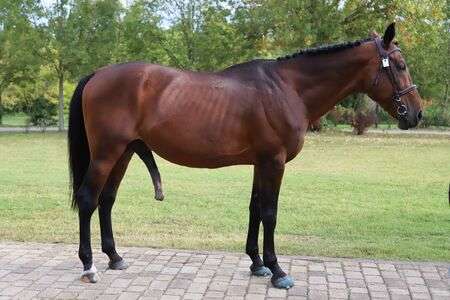 For me, it’s not Rocket Science. I’ve experienced them most of my life. Beginning around the age of six or so, and for a few decades after, you could set a clock around my re-occurring migraines, which on a calendar, occurred every 90 days or so, give or take a day or two. Useless remedy back in the fifties? ASPIRIN. Children’s Aspirin until I was old enough to take the adult version of Aspirin. They did not have the sophisticated “headache/pain” pills like Tylenol and others.

First comes the advanced warning that you WILL be getting a migraine within a short period of time, for me? It was a five or ten-minute warning. The warning? You see twinkly star shit, a slight, bothersome five or ten-minute warning, seeing “Stars” in your peripheral vision. Then either at six minutes or eleven minutes in, depending on what I don’t know, your vision is now totally fucked up. Not quite psychedelic, but very fucked up for sure. Fucked up to the point where all you can do is look for a dark place and close your eyes, (after your mother gives you the Baby Aspirin). As an adult it would be suicide/homicide to drive an automobile or a skateboard.

Next effect/condition. For me, especially when I was a child, one whole side of my body, from my head to my toes, numb. Totally numb as if someone had shot me up with heavy doses of Novocaine. Sometimes right side sometimes left side. You could literally draw a line straight down the center of my face, with one side normal, and the numb side numb enough that food or liquid would dribble out of that side of my mouth, and my speech would be so altered I had a difficult time dealing with people that didn’t understand a word I was saying.

Third effect? PAIN! You betcha, especially with my childhood migraines. Pain lasting for at least three days, with the numbness, and the “psychedelic” vision also lasting for three or four days as well. These were what I would later, as an adult, call my “Grand Mal Migraines”.

As an adult from around the age 25 on into my forties, the migraine effects began to diminish to two days, then eventually, to one day (24 hours). When I was in my early twenties, I was seeing a great doctor, the first one to truly explain what was causing my migraines, that was the good news at the time, the bad news was that Dr. Sachs had said there was no known cure. Funny story, his last name being “Sachs” and my last name being “Saxe” our names were pronounced in the same way as the “e” in my last name was silent.

Anyway, it was a kick to be sitting in the waiting area of Dr. Sachs’s office, usually with at least eight to ten patients waiting to see him, and when the nurse came out and said, Mr. Saxe, Dr. Sachs will see you now, hahahaha. Everyone in the waiting room ALWAYS looked at me, and possibly thought, “That young man must be his son or nephew, and it’s wonderful to see that he’s not being given any preferential treatment, he’s had to wait just like the rest of us”. Hahahaha. I always got a kick out of the way that people looked at me when the nurse called my name.

The medical explanation from Dr. Sachs that for me still stands true to this day, is that at least in my case, (possibly true for most folks that experience the same types of effects), the really tiny blood vessels called Capillaries that surround the Optic Nerve Cluster, are gorged with blood, thus putting abnormal pressure on the optic nerve as it leaves the back of the eyeball going to that portion of the brain that decodes the “Vision/Optical” transmission of gobbly-gook. That distortion, although you are able to distinguish “light” from “dark”, renders you blind as a bat.

So anyway, getting back to my life-long history of TRUE Migraines. By the time I was in my mid-forties up until my mid-fifties, my migraines had diminished to maybe twice a year, and by then, pharmaceutical advances had been discovered (and are still being researched and developed today). My migraines had also diminished in strength, with the exception that my Grand Mal Migraines, the ones with the full-blown attributes as I earlier mentioned, still hit me at least once a year.

Then in my late fifties, early sixties, it’s as if I had touched the garment of Jesus. My migraines slowly disappeared, maybe one bad one every two years, and a light migraine once a year. Now in my early seventies (72 just two weeks ago), I  have been able to look back and think, “Wow, my migraines have dropped off to just the average type, and those only occur every two or three years”. I haven’t had one of my Grand Mal Migraines in years.

Which brings me to the conclusion of my story. Today, I got the advanced warning like I used to get decades ago, and I knew that I had to go search for my prescription migraine pills, which by the way, were probably fifteen years old or older.

I knew that THIS pending migraine just might BE one of my Grand Mal Migraines, which I had not had for at least twenty years. Fortunately, I had located that pill bottle before my vision totally went to crap, but you can imagine, this pill bottle was so old, all the printed information was gone……except for part of the word, “M  ra i ne” . Aha! I’ve found my migraine pills.

I opened the bottle (now seven hours ago), and in it was a piece of a pill, and a whole pill. I quickly swallowed the whole pill with a couple of gulps of my wonderful French-Pressed Coffee that I had just made this morning…..made from freshly ground Gourmet Coffee Beans. I was hoping that this last surviving twenty-year-old pill still had enough pharmaceutical strength to ease what I was expecting, one of my Grand Mal Migraines.

I still had enough eyesight to see colors, and I know it wasn’t one of those “Blue” pills, (which I had tried just for kicks twenty years ago). The pill that I swallowed was white. I really don’t know what I took. Wither it was my last migraine pill that had somehow chemically altered due to age, the Blue pills competitor, which I ALSO had tried just for kicks twenty years ago (not that I needed it) or some other old prescription for pain, constipation, or whatever, that had chemically altered due to age, what I can tell you is that I had a rock-solid boner for three hours. “Spanking the Monkey”, twice, didn’t help the situation.

Moral of story? Throw out all your old meds. End of story. Anyone reading this that KNOW their “Migraines” are the real deal? Just curious if folks have experienced the same migraine effects as I have. Eight hours later, my migraine ended up being a mild one, and at 72-years-young, I DID enjoy the “Pill” (even though I REALLY didn’t need it, hahahahaha).

P. S. My vision came back about thirty minutes into my mild migraine in good enough condition to write this little essay today. I hope you enjoyed reading it.