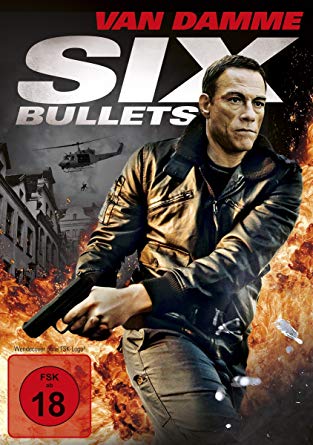 This is the BEST “John Klod Van Dingle” movie I’ve ever seen.

Japanese-made according to the IMDb

I didn’t write about the first half of the movie because it was too depressing and gnarly, plus I had really thought that I was going to watch an entire movie like normal people do this time, plus I was really engrossed in it. I failed on that count, starting writing my typical review at the beginning of the last 45 minutes or so. Enjoy my review and the film (or not).

The scene beginning at 1 hour, 18 minutes and 0 seconds in, where she notices her cell door was left open, at 1 hour, 18 minutes and 33 seconds in, I would have written that slightly different. Instead of continuing to walk away to the opposite side of the kitchen, I would have had her turn around quickly, looking like a light-bulb just went on. Then quickly, but tippy-toe (as if she thought someone might hear her “bare feet” walking?), as she goes quickly to the cell door and closes it? Why you might ask? Because her captors would notice the fuckin’ open cell door if they just happen to walk back in the kitchen, duuuuu. Everything else about her silently exploring would remain the same.

As she continues exploring, I’m saying to myself, “Self, where the fuck did everybody go”? Suspenseful for sure anyway.

Sure enough (see first paragraph), at 1 hour, 22 minutes and 29 seconds in, a bad dude notices the open cell door….had she closed it, it would have bought her a little more time to do some more exploring, especially since another dude had a sudden hunch and opened the weird door looking for whatever. She did a smart thing there I suppose.

Right at 1 hour, 27 minutes and 6 seconds, I said to myself, “Self, why the fuck did the bad dudes NOT have at least one look-out in that fucking guard-tower”?

Really quick, but good “Gunfight at the OK Corral” beginning at 1 hour, 30 minutes and 16 seconds in. Oh, and all those security cameras they showed earlier? Of course, we all knew that the bad dudes were watching every move the parents of the girl had been making, right?

That leads us to…..the “Gunfight at the OK Corral Two” beginning at 1 hour,  34 minutes and 14 seconds in. Awesome shit here folks, and I mean that in a good way. I’d say, the body count is up to maybe 20 now? Awesome. I love how the Van Dingle dude nonchalantly does a single-handed, one-juggle flip of that little rocket, hahaha.

Beginning at 1 hour, 34 minutes and 14 seconds in, NOW the fucking idiot puts people in the guard towers! (see paragraph 4). Had he originally had guards in those towers, the parent’s car would have been spotted a half hour earlier, duuuuuuu. This dude can’t win for losing! Hahaha!

A great scene beginning at 1 hour, 38 minutes and 59 seconds in, really shows just how good the screenwriting is, where the writers tie the Ukrainian girl in to a really dark spot, where the girl describes how her younger sister was used to fake the death of the American girl. There are so many really well-written, dialogued, and acted scenes. I just picked one earlier with the Russian Oligarch scene, now this one. One would think that the tide may be turning in favor of the bad pimp dude.

THE DUDE CUT OFF HER FUCKING FINGER!

Had to get in one last extremely quick, “Gunfight at the OK Corral Three” beginning at 1 hour,  43 minutes and 43 seconds in, with the Calvary to the rescue. Overall, a really bad last half-hour for the bad pimp dude, hahaha. Great end for that asshole, and it IS a well scripted surprise, or at least happening so quick, that you didn’t have time to foresee the Ukrainian girl grabbing the gun before he did. BRAVO, Well written. For her, “Revenge IS Sweet”.

4-1/2 Stars out of 5. I only dropped that half of a star because there were a few scenes that I had mentioned earlier that I would have made a few alterations to. A great movie, full of suspense, several “Gunfights at the OK Corral”, explosions, great screenplay/script, great direction, great overall job by many different disciplines, shot on location at a Ukrainian town near you. Clever in a corny sort of way, the main character is called, The Butcher” in when he’s not butchering up some bad dudes, he works in a “Butcher Shop”.

Many favorite lines in this movie. This is one of my favorites, I”m just glad you finally called the police”

Overall as I previously rated it, I do highly recommend this movie that never got the right kind of promotion here in Hollyweird, because of who owns and runs the film industry, probably went straight to DVD, a fucking shame, how this film was shunned.

Here’s the link to the movie:

P. S. It only took me four hours to watch this hour and 54 minute movie, including writing the review.

I hope you enjoyed reading my brief review, and I REALLY hope you enjoyed the movie as well. Hopefully you have taken the time to read this paragraph, and that you have come back to share it with the farcecrap “share” button below because in addition to being in the farcecrap penitentiary’s dungeon right now, they are also “Shadow Banning” me. Thanks for sharing.