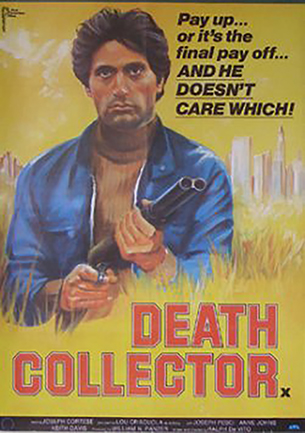 DEATH COLLECTOR – 1976 (original released title with Joe Cortese on the cover, released again as “Family Enforcer” sometime after, with Joe Pesci on the cover, it would be interesting to know when it was re-released with Pesci’s photo because Cortese was the “Lead Actor”. I would love to see both their original contracts.

Neighborhood kid goes to work for the Mafia as a debt collector.

This is a “Quickie” for me, a short “bulleted” review, because It didn’t take me six hours to watch an hour and 25-minute movie. It’s an interesting cast, with a much younger Joe Pesci, and Joe Cortese, who back then had a sort of Robert DeNiro look about him, but today, at least I assume that his IMDb photo is recent, he look’s like a twin brother to Joe Pesci so much, for a second I thought that IMBD had made a mistake and got the photos mixed up, i/e/. that it WAS Joe Pesci for a second or two, then I recognized the difference and realized that it WAS Joe Cortese 44 years later, hahahahaha, I was 28 years-old when this film came out. Frank Vincent was in this, but I swear, I did not recognize what character he played, as I only remember him from his later years. So, it’s the three acters that I listed above that had any impact on me, well, no, really only two acters. I included Frank Vincent in my list of “Stars” just because I did not recognize him, and the fact that I’ve seen him in so many of his roles in films in his later years. Look at fairly recent photo (he died in 2017), after you have watched the movie, and be honest, did you recognize him in the movie?

So, here’s my “Bulleted” review:

Here’s a few photos of the two Joes: 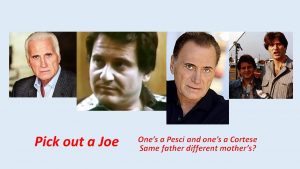 Here’s a photo of Frank Vincent. I challenge you to figure out which character he played in the movie: 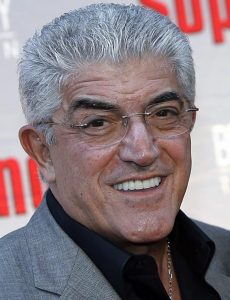 Here’s a shot of the DVD cover with the title change and Pesci’s face (had to be the producer’s decision to do a re-release to DVD many years later, using Joe Pesci’s face on the cover because he certainly was more known then Joe Cortese by that time, i e., DVD time). 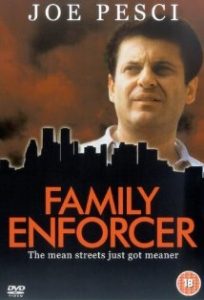 Thanks for reading my review. I hope you enjoyed my “Super-Review” and I hope you enjoy the movie as much as I did.  Here’s the “Link” to the movie, different title (had to insert a new link because the original link is no longer available: