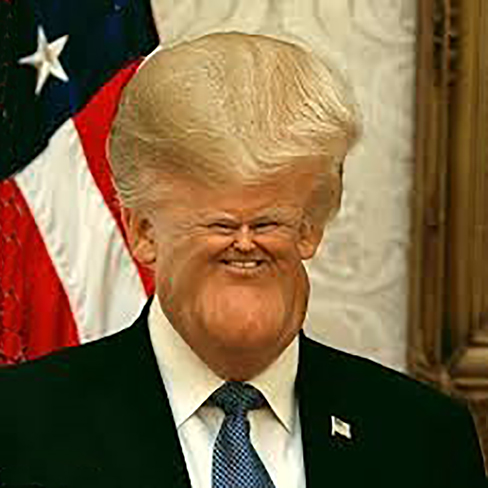 READ THIS PEOPLE, THE DUDE IS JUST PLAIN FUCKING NUTS!! THAT’S ALL THERE IS TO IT!!!!!

This is an excerpt from an article on the SALON website by Chauncey Devega on September 12, 2017

Harvard psychiatrist Lance Dodes: “Donald Trump is a sociopath and a very sick individual”. “The best diagnosis for Trump is that he is a malignant narcissist. It contains the narcissistic part, which is no big deal alone — lots of people are narcissistic — but the malignant part is the sociopathy dimension. These terms suggest that Trump is a very primitive man. He is also a man who has a fundamental, deep psychological defect. It is expressed in his inability to empathize with others and his lack of genuine loyalty to anyone. You will notice that Trump wants everyone to be loyal to him, but he is loyal to nobody”.

The problem for the American people, AND the rest of the world, there’s NOT a FUCKING thing that we can do about it, (or is there?).

Read the entire article, and share it! PLEASE, this article needs to go viral, for us, and the rest of the world. For our peace of mind!

Scene from an upcoming fictional “block-buster” movie (or perhaps it really COULD happen):

Scene takes place in an underground bunker somewhere in Montana? Mexico? IDK, gotta think about it.
It’s March 5th, 2023, and the entire planet has been devastated by Nuclear War that took place on December 7th, 2020, (a day that will live in infamy) which only lasted for a little over 12 hours. Most of the major cities and metropolitan areas all over the planet have been turned to radioactive ruins and dust. The isolated pockets of humanity that ARE left, think that THEY are the only survivors because contact between these small pockets of humanity have yet to communicate with each other.
As the camera, which began as a global shot of a still-smoldering Earth, slowly zooming in on the North American Continent, then getting closer and closer, slowly zooming in on Montana (or Baja), then continuing to slowly zoom, pans in on an area of ground that has some large ventilation shafts sticking out of the ground, then the same, single camera zooms through a ventilation shaft into the bunker, where a family of four is sitting having dinner, and where we now hear the conversation between a father and his son.
“Tell me that story again, Daddy, you know the one about the crazy man”, Billy says to his Father. “Well, son, it all started with our last President, Donald “The Crazy Fuck” Trump, as we all called him. The signs were all there, telling not only the doctors and such, but the fact is, we ALL knew that he was nuts. Nobody did a Goddamned thing about it. The Democrats tried hard, even impeached his ass, but the Republicans were just too fucking afraid to do anything about it. Now, Dad suspects that the Nuclear Device that wiped out Mar-a-Lago and everything within a hundred mile radius in Florida, after that dude Bernie actually defeated Mr. Trump in the November 2020 election, was what we called a “False Flag” back then, Everyone felt that the lunatic was going to use it as an excuse to go to war with Iran. But Noooooo, a month later, Trump, the crazy fuck that he was, pushed the Big Red Button and our entire collection of Nukes hit Russia, the Middle East, and China, and of course, once the Chinese and the Russians saw the trajectories of our missiles, they launched theirs. Twelve hours later, we had to assume that the world was pretty much, gone, but I still think we are going to find some other survivors, just like us Billy. The last radio broadcast that we received here in our bunker was someone on NPR in December of 2020 saying that 135 major cities and metro areas around the world were gone……….but, there IS hope……”