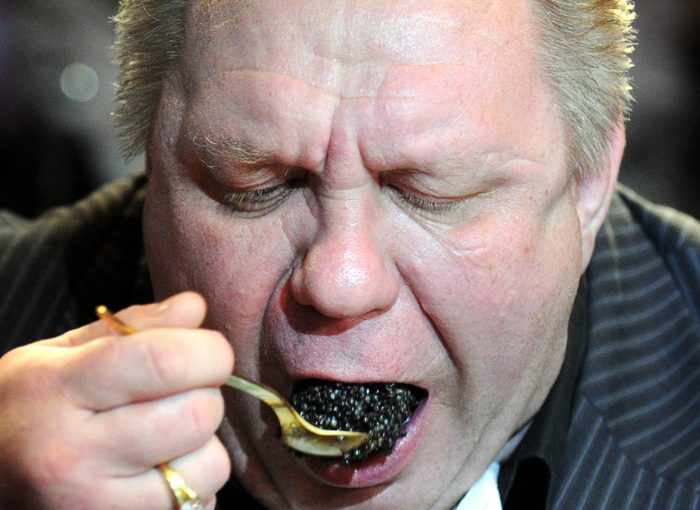 Americans sit and watch the infrequent (controlled) news coverage piece-mealed out by the Main Stream Media of huge protests by people all over the world, some numbering in the hundreds of thousands, even millions, and I see the question pop up quite often on social media, “Why isn’t the people (citizens) of America doing the same thing? Here are a few of my thoughts that I think answer that question, (see the update in the following paragraph).

First of all, in comparison to the United States, those countries where we see these incredibly large numbers of people protesting are 3rd world countries, let me explain. Update June 5th, 2020 Now, incredibly large numbers of people protesting right here in the “Good Ole’ US of A” as well as many other cities around the world because of a man murdered by a Minneapolis Police Officer, with numerous “conspiracy theories” attached to it.

Just comparing the income aspects and differences, with the income inequality here in the USA, extreme poverty for a sizable portion of our population, and real financial difficulties for even the “Middle Class” (Hey, I’ve got s Studio Apartment I’ll rent to you for $1,900), the general living conditions in those 3rd world countries is much worse.

The people protesting are seeking changes to better their lives, protesting corruption on a vast scale, or protesting for other equally important reasons. In many cases protesting against governments that are killing their citizens for protesting. In some respect, Americans that make up the majority, in spite of being so far in debt that they will leave their debt for their children and grand-children to deal with, are complacently oblivious to everything outside of their own personal sphere of misery. They have their gas-guzzling SUV, their nice little 3-bedroom house with a “White-Picket-Fence” in the suburbs, the grocery stores are not rationing bread, eggs and vodka, whereas in many of the 3rd world countries, the people are lucky if they even get 3-square meals a day and a tank of gas in their Mo-Peds.

Next, let’s inject the previous income aspects into the differences in a population’s generational gaps here and in the aforementioned “Protesting” 3rd world countries.

Baby Boomers (born between 1946 and 1964) like myself either have a very comfortable retirement with sometimes multiple pensions in addition to their Social Security, or they are part of the upper one third of society and retired as multi-millionaires, or at the bottom one-third at the “Poverty” level, substituting canned “Cat Food” in place of Tunafish and working full-time at Burger King just to pay the rent and utility bills.

This is the “Generation” that has two extremes, we are either very “Awakened”, know we need changes in our government and other much needed changes, and are trying to actually DO something about it by participating in protest marches, sit-ins, attending public hearings at our local city hall, and other useless activities( I’ll explain why I think it’s “Useless” in a little bit) .

We raise our voices in protest, sometimes in what WE consider to be large numbers of people, but our protest, even if a few thousand or a hundred thousand protesters are marching with us, our little attempt at raising public awareness, pales in comparison to the hundreds and hundreds of thousands of people taking to the street in any of the 3rd world countries that we see if we’re lucky, in the news today. Our protests? Like a “Single Fly, Farting in the Wind” or as I also like to say, “Useless as Wings on a Penis”.

We have seen in past decades, real results, real changes, some good, some bad, in these 3rd world countries in part because of the people protesting one thing or another in extremely large numbers compared to our little “Fly Farts”. In many cases the good results in these 3rd world countries when they were seeking changes to their governments, were because the citizens maintained some semblance of control in their new government. In many cases, the bad results were because of outside influence of others, like our (USA) dicking around in other countries affairs, trying to “Inject a little Demon-Cracy” because we (the USA) has a longing for a particular countries natural resources, like OIL, GAS, URANIUM, GOLD, LEAD, SILVER, TUNGSTEN, ZINC, oh, and how about LITHIUM, for all those “Electric-Vehicle” batteries?

In addition to the “Awakened and Active” in the Baby Boomer generation, there are two other segments, the “Plush Don’t Give A Fuck”, i.e., those folks in the financial upper third of society that could care less about the plight of those less fortunate than them, and even less about the 3rd world countries as long as their supply of Caviar is not interrupted due to some embargo. Generally, these folks lack Common Sense……and you can’t feel empathy towards others if you lack Common Sense. I put them in the class we call “Sheeple and Schleples”.

The other class of Baby Boomers found in the bottom two-thirds of society, (the Middle-Class, Poor, and the Extreme Poverty level) are also “Sheeple” for a few reasons, stupidity and gullibility. Stupidity has nothing to do with level of education, but level of “Indoctrination” (this is where the “Gullibility” factor comes in) one of my favorite quotes is applicable here, “Sheeple will eat whatever grass the Shepherd leads them to”. Common Sense would cure all those stricken with Stupidity and Gullibility.

I group Generation X (born between the mid-60’s and early 80’s) in with the Baby Boomers, the only difference is that for the most part, the bottom two-thirds of this group are still working, and accumulating debt to the delight of the Elite/Cabal/Bankers. Everything else mentioned earlier for the Baby Boomers applies to Generation X. A lot more people in the Sheeple Flock, and a proportional number of “Awakened” folks that participate in the physical activity of marches/sit-ins/protests. Obviously because they are younger than the Baby Boomers, there is a larger percentage of the “Awakened” folks physically participating compared to the Baby Boomers (“Give me a wheel-chair I’ll go anywhere”, said one Baby Boomer to another). Still just “Fly Farts” compared to 3rd world countries/people and their protests. The Baby Boomer and Generation X in the 3rd World countries? Less income, less of everything, more BALLS than the same age groups in the USA.

Now on to the Millennials (born between 1981 and 1996). A much higher percentage of “Awakened” people, a much higher percentage physically and mentally taking part in protests. A much higher percentage struggling to keep their heads above water as well. The Millennials are the most active group in that have recognized the need for dramatic change in many areas that directly affect their lives and the lives of their young children, and they want to make a difference, see changes, for their children’s sake. Changes in government policies, etcetera, they are involved directly, participating, and they are taking the active lead all over the world, in the various causes, sometimes sacrificing their lives to see needed changes. The difference is many are taking their compassion and energy to the 3rd World countries, and some literally losing their lives for the causes they so strongly believe in. Those that are staying right here at home using their individual strengths to protest for change, ARE still “Farting Flies”.

This is the one group that is the same all over the world, the difference here in the USA compared to the previously discussed groups, is that the Millennials DO have the BALLS, they just don’t have the backing that it requires to overcome and see real change, (unlike the clandestine efforts by the CIA to “Demon-Ocrazise” many 3rd World countries. If the CIA backed the protesters efforts in this country, the “Fat Lady” would have sung a long time ago.

Finally, the Generation Z (born between the mid to late 90’s, not ended yet). What can I say other than this group here in the USA is too busy playing their “Warfare”, or “Let’s build an Empire” video games. They are clueless, and in for a big surprise either when the shit hits the fan, or some miracle happens and the world is dramatically changed for the better. A Much different story for the Generation X children in 3rd World countries. They ALL see the struggles that the older generations are going through on a daily basis. In some parts of the world, like in Palestine, they are dying every day, being maimed, physically and mentally scared for the rest of their lives, if they survive. Forget the video games, they are constantly wondering when the next bomb is going to drop on them.

So, in conclusion, you wonder why Americans don’t take to the streets like in those other countries? It’s not that complicated folks. Complacency, lack of the ability to combine their voices, no BALLS, living in a country that constantly is fed bullshit, i.e., “Eating the grass the Shepherd leads them to”. The ONLY way to overcome our unique problem (don’t count on the CIA or the Elite/Cabal to help) is to ORGANIZE, COMBINE ALL OF OUR EFFORTS, PLAN, AND CARRY OUT A PLAN to make the changes that are necessary not only to see positive changes, but also for the survival of our species.

If you have the “BALLS”, ask me how I think we can make the positive changes we desire, for ourselves, our children, for future generations, and for our species