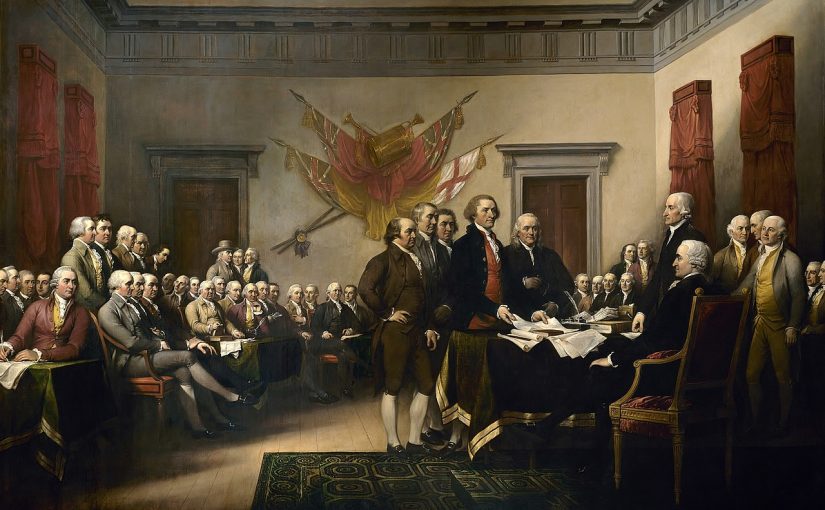 Tonight, I share a few thoughts on what I think must happen to restore our country to what our forefathers intended it should be.

People with ANY Common Sense at all are waking up, learning the TRUTH, and sharing that truth, thanks to modern technology, across all of the social media platforms in existence today. But as I keep “Preaching”, we all, with all our cumulative voices, are still like a “Single Fly, Farting in the Wind”. Our voices will remain as that single “Fly Fart” until we collectively organize. Ask me how.

So, here are my thoughts on what I think must happen to restore our country to what our forefathers intended it should be.

We must have an Executive Branch (including POTUS), and a Congress that overwhelmingly support the following steps, and take these steps necessary to make the changes we desperately need to achieve real “Peace and Good Will Towards All” and survive as a nation.

Use our military assets as a “Militia” i.e., “National Guard” to protect our borders including the Pacific and Atlantic Oceans within the International Boundary limits to protect our country from any hostile invasions.

Imagine what we will do with the money we save, the Billions of dollars that we will spend right here in the USA. Re-build and build new infrastructure is one example. How about educating our youth properly? Feel free to use your imagination here to add to the “Citizen’s Shopping List”.

Change our taxation system. Beginning with eliminating personal income taxes entirely. No need to levy a personal income tax on the ultra-wealthy, just tax their corporations at a much higher rate. How the fuck do you think the super-wealthy got their billions in the first place? They got their billions because in so many cases, their companies/corporations did not pay ANY corporate taxes at all, like Bezos and his Amazon. They also got their billions by paying shit wages, shit benefits, and in many cases, stealing or eliminating retirement funds that their employees paid into, and deserve. Perhaps that dude Bezos would still have enough wealth to satisfy him, I think so anyway.

Reduce the “Corporate Tax” on small business as an incentive for some growth, say to one hundred employees (pick a number here), and a set profit levels as well, as an incentive for people to actually start a “Small Business”, knowing that their “Corporate Tax” would be increased when and if they became a much larger business by employee count and/or profit margin. Close all the tax loopholes. Penalize rich folks who attempt to hide their wealth off-shore.

Eliminate ALL Tax-exemptions, including ALL religious and non-profit charitable entities, i.e., you know, like the taxes that this one televangelist asshole doesn’t currently pay, you know, the dude with the six business jets that can’t travel on commercial airlines (he claims) because of all the evil demons on board.

Not trying to pick on one religion/denomination or another, but when you add it all up it’s going to be billions and billions, if not trillions of dollars that will be injected into our economy. And, it will be spent on ALL the causes that the religious entities have ignored. Pick ANY religious entity and count the dollars that will go towards the REAL needs of the people, like shelter, food, medicine, etcetera. Raise the taxes on certain religious entities that are accustomed to Pedophiles in their organization. I assure you if the tax is high enough, they will get rid of the Pedophiles.

Before you even say, “But OUR Church/Organization already spends a lot of money building churches, schools and orphanages in Africa” (or wherever). THAT’S the fucking problem. While you were doing that church-building in Timbuktu, there were people in your own town, barely surviving, sleeping in their cars or under cardboard in an alley, elderly folks eating catfood wishing it was “Chicken of the Sea” Tunafish. Then they say, “But look, right next door we have built a homeless shelter, (or whatever). I say, “How Christian of you, thank you for your charitable hearts. Now tell me (audit team arrives as we are speaking), what percentage of the churches income from all the tithes and offerings did you spend on that particular project/mission?” (or plural, projects/missions).

Healthcare for all, but give each state the management of their citizen’s health care, with the basis for the cost of healthcare tied to individual and corporate incomes and ability to fund each state-by-state healthcare system. When thus funded by the major corporations, businesses, and wealthy individuals in each state, it will become a drawing card for people, “Hey, did you hear that healthcare in Wyoming is 100% funded by all those major companies and rich dudes that have recently built their factories there”?

States would be competing with each other for companies that would set up operations in their states. The corporations would not have a choice about the set tax-base in each state, but each state would/could offer their own “Discount” on what would typically be added to the mandated base tax of 50%?, (pick a number here) i.e., I bet they WOULD move to Timbuktu, Wyoming and build a factory if they could slightly reduce their state corporate taxes as opposed to the taxes in another competing state. Overheard at some random meeting of some random corporation’s Board of Directors, ” Hey, Wyoming is only adding 7% corporate taxes to the baseline tax, let’s build our new factory in Timbuktu”.

Almost forgot, because I know some of you are thinking about rebuttal. Should that same corporation even think about moving their factories offshore, like to China as an example, the import duties on their product(s) would be so fucking high, that they would change their minds about off-shoring the manufacturing of their shit in an instant.

I don’t claim to know all the answers. I write what I wrote tonight to start a conversation/discussion with folks. Some will say “Right On (write on)” giving my post on farcecrap a “Thumbs Up” without a comment. Some will make honest comments either adding to what I say/think, or suggesting alterations. Some will think I’m “Crazy” (and that’s okay too). My point is, that as a nation, we no longer are what the founders of our country intended….Because as a species, we have evolved since 1776. I am only making suggestions, for discussion, debate, and at the very least, to cause folks to think.

There will be some folks that are comfortable with what our country has been doing for several decades because they themselves are warmongering twits with major stock holdings in Martin Marietta, Lockheed Martin, and other companies that solely exist to produce military hardware and weapons. Some will be comfortable with their station in life simply because they were born with that proverbial golden spoon in their mouth, like one asshole here in Ensenada (from San Diego) whose name I won’t mention, that was born into vast wealth (old German name, originally from Germany or Prussia) that is completely clueless to what is happening in the world today because of his wealth. I unfriended him a while back after discovering just how much of an idiot he really is.

So again, I wrote this post for discussion purposes. Bottom line is for those of us that ARE like-minded and know the real truth, we need stop being like that “Single Fly, Farting in the Wind”, and ORGANIZE. Ask me how.