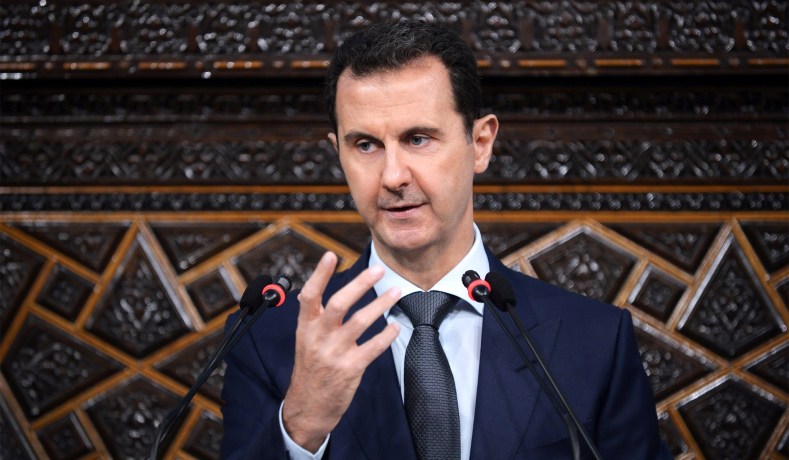 Patterns have long since emerged.  We know that each illegal war of conquest is prefaced by a Public Relations campaign that demonizes the target country’s leader and its government as it lies about on-the-ground realities.  Muammar Gaddafi, for example, was presented to Western media consumers as a lunatic and despot. The Western narratives, however, were contradicted by the fact that he earned broad-based support from Libyans, all of whom enjoyed public services such as free healthcare and schooling, and a high standard of living.

The same demonization campaign is being waged against the hugely popular Dr. Bashar al-Assad, the democratically –elected President of Syria.

Terrorist –embedded propagandists teach us that he is an evil dictator who kills his own people, and that “he must go”; however, credible evidence inverts this logic. 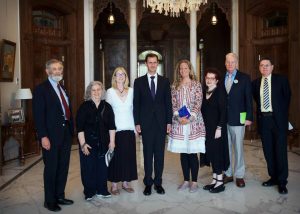 Henry Lowendorf, a member of the Executive Board of the U.S Peace Council’s Peace and Fact-Finding Delegation to Syria — recently returned from Syria — reports, that, “What we saw (in Syria) goes against everything we read in the United States.”

He repudiates the Western media’s demonization campaign against the government of President Assad and the Syrian Arab Army in these words:

“When you go to Syria, which I did last month, the popularity of the government and the Syrian Arab Army is rampant. It’s not out of some dream fantasy. It comes obviously from the government and the army being the only thing between living a secular life on the one hand and the hatred and violence of ISIS and the various other terrorist groups underwritten by the terrorist Saudis and US and their allies on the other. The refugees who don’t leave Syria do not flee to the terrorist side, they flee to the government side, in huge numbers. So would all of us in similar circumstances. Syrians do not want their country turned into Afghanistan, Iraq, Libya, Yemen, Sudan, Somalia, or any of the other countries the US has liberated.”[i]

The reality is an inversion of the propaganda lies fed to Western audiences.  In fact, President Assad must stay, for the sake of civilization, and for the sake of destroying Western-backed terrorism.  Each time Empire succeeds in destroying another country, the problem of terrorism worsens – as might be expected. The destruction of Libya, for example, set the stage for the attempted destruction of Syria.

Weapons stolen from Libyan armouries, thanks to the invasion, were covertly shipped to Syria – all beneath the radar of the U.S Congress.

A recently declassified Department of Defense document[ii] indicates that,

And none of this is accidental. Sustainable Western open-source documentation demonstrates that the growth of terrorism is willful, and according to Western plans. 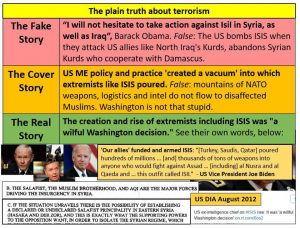 The propaganda lies, the false flags,  the terrorist-embedded NGOs , and the use of terrorist proxies to criminally destroy one country after another, is not only empowering terrorism world-wide, but it is also leading us to engineered conflict with nuclear-armed countries, in particular,  Russia.

Whereas the propaganda lies further the causes of barbarity and ignorance,  we need a redirection towards the polar opposite: towards trajectories that support civilization, progress, and the rule of law.

Prof. Chossudovsky explains in “America’s ‘Humanitarian War’ against the World” that

“What is consequently required is a massive redirection of science and technology towards the pursuit of broad societal objectives. In turn, this requires a major shift in what is euphemistically called ‘US Foreign Policy’, namely America’s global military agenda.”

We need to shift from Death Industries of the Military Industrial Complex, to Life Industries that serve, rather than destroy, humanity. We also need a strong anti-war movement based on a broad-based support of the truth, and a broad-based rejection of the “governing” lies.

Note: It’s been obvious for years that the MSM does NOT give the american people the truth, as they are being directed by, and only tell folks what the government and others (the Zebraists) want the “Sheeple” to hear. It’s because of the honest journalists like Mark that we can eventually share the truth, as this article came out three years ago, and I’m hoping it garners more and more readers. I will continue to publish the truth.