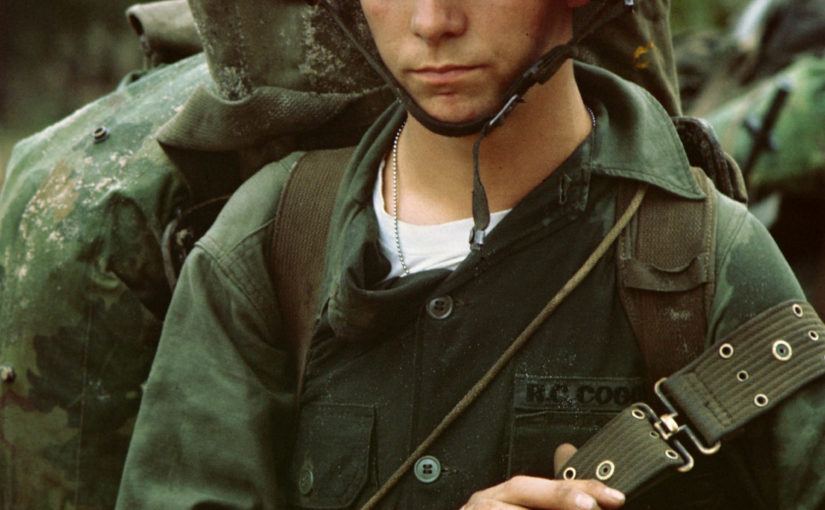 Hit a tree going down some “Bunny Slope” in Aspen and broke both legs? I doubt if you will experience PTSD.

You are tortured for two days by an enemy and they finally cap that off with breaking your legs with baseball bats? You just MAY develop PTSD after that, if you survive to even think about it.

You are at Fort Stewart, Georgia as part of the 3rd Infantry Division, being trained to operate a M1A1/2 Main Battle Tank. You are clumsy enough to have your left foot in the wrong place and a tank runs over that foot severely crushing it during a training exercise. Back home on leave you, with your left foot in a cast, are sitting in a bar with some friends from High School, and you tell them, and some hot looking chick that you were wounded by an IED in Afghanistan. You poor little thing, your fake PTSD isn’t really fake after all, it’s childhood PTSD from growing up in a violent home. You beat the shit out of that hot looking chick that night because she refused to suck your joystick. Recognize it for what it is. Childhood PTSD, (with all due respect to your “service”), IS real, and there should have been a through mental evaluation before you even “volunteered” to go “Kill Some Camel Jockeys”.

The point is, the military, all branches, SHOULD have a system of screening the mentally unstable, preventing them from ever enlisting in the “Armed Forces” in the first place. But wait! Mentally unstable dudes make good cannon fodder, just look at what the military sent to Vietnam. Many of the young dudes that were “drafted” and sent to Vietnam were the poor and middle-class dudes that were dispensable, many already strung out on dope, some avoiding prison sentences for various crimes against society. I guess if you’re going to sacrifice young men and women, it may as well be the undesirables. Right?

In recent history, Iraq and Afghanistan, the problem is that many of the dudes enlisting were normal when they joined, then in boot camp, we trained them to kill like a crazy man, and these crazy ones return even crazier. When they return from the killing, they go into “Law Enforcement”. Now, our society probably deserves that, right?

A vast majority of the “Sheeple” really believe that it is an honorable and respectable thing to go to “War”, to sacrifice yourself or your children for “Freedom & Democracy”. Here’s a thought, maybe Trump should send HIS children into some foreign country with weapons in their hands. Oh wait, we have an all “Volunteer” Army/Navy/ Marine Corps/ Air Force, right? No draft. If we DID have a draft, Trump’s children, and the children of many other rich fucks would suddenly have “Bone Spurs”.

The truth is, ever since Vietnam, there has been a growing population of Veterans who have learned the truth about war and killing, and have joined many anti-war groups like “Veterans Against War”. What is it they discovered? They learned, after serving the Good Ole USA and the fight for Democracy & Freedom, that it was all about OIL and the financial gain of the few, the elite at the top of the pyramid.

Now back to PTSD. If somehow, we manage to eliminate wars, in other words, eliminate reasons for sending our children to wars, that takes care of a large percentage of decent young men & women that enter the various branches of the military as normal people, and return, maimed for life, physically and mentally. Eliminating the need to send our children to other countries to kill and be killed, will allow us, as a species, to concentrate/focus on those who are seriously fucked up due to childhood PTSD. Make sense? I think so.

Gee, what if we spend the billions and billions of dollars that we currently spend on the huge war machine commonly known as the “Military/Industrial Complex”, on re-building our infrastructure, various things like bridges, roads, etcetera. What if we use that ungodly amount of dollars to fund research and development of cures for all diseases? What if we also use that money to defeat starvation, homelessness, etcetera? What if we spend those insane dollars on further development of mass transit and space exploration? Makes sense, right?

My Grandson is going to be seven-years old this month. I DO NOT want to see him going to war when he’s 19. Think about it folks, that is all I ask of you, is to think about it. If you have ANY common sense at all, you will wake up and realize that what I have been preaching, and what other like-minded folks have been preaching for a long time now, is the truth, and “The TRUTH shall set you free”.

or those who have been keeping up with my progress with “The Dead Armadillo” story, here’s my latest: