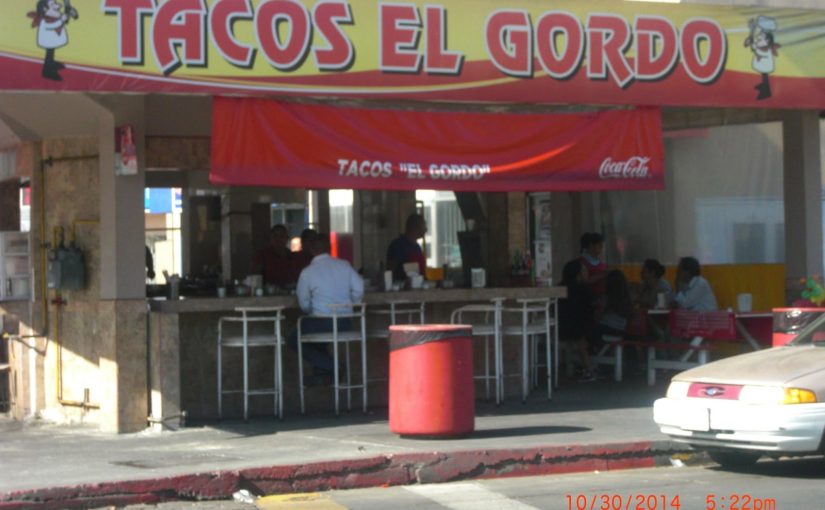 The first time doing my routine at the Comedy Store in Hollywood, and I think I’m doing some really good shit in the very beginning.

“Do you ever wonder why they chose to use a Frog, Kermit the Frog that is, as the other leading character and love interest of Miss Piggy? Imagine if it was a Toad, Teddy the Toad, or a Pit Bull, Peter the Pit Bull. How about Gonzo the Goose? They already named another character Gonzo anyway. It doesn’t make sense, a Toad fucking a Pig. Suuuurrrrre (sarcastically), it always works, a Frog fucking a Pig? A teenie tiny frog penis, and an overweight pig’s huge pussy?” I don’t know, anything other than two pigs fucking? How about a Pit Bull humping a Fire Hydrant? Now, potentially, that could be funny”.

Five minutes into my routine, I stop for a moment and thank the audience, because they really have been great so far, laughing (all except for the one dude in the back who’s been unsmilingly staring at me for the last five minutes) So, as I’m politely clapping my hands, I say, “Wow! You folks have been so nice to me so far, I LOVE this audience! Thank you!” Which takes me to my bit about Audience Types.

“So, anyway, let me share with you the different types of people that make up an audience like you wonderful people here tonight”. I go on. “Speaking of audiences. There are several types or categories of people that I place my audience in. The first type, I call Passive Virgins. Passive, because they just paid $25 to see me, so they’re not going anywhere. Virgins, because they have never heard my shit before, plus they will laugh at anything because they may be either stoned, drunk or both. Hey, the other day I saw a homeless person driving a Ferrari”. Hahahahahahaha the audience laughs.

“Then there’s the Passive Aggressives, slightly sober, takes a few jokes to get them going, plus they may have heard your shit a few times before. That’s why they came, because they enjoy my shit, heard I was in town, but they came out tonight because they want to hear some of my new shit”.

“And then there are the Rudely Aggressive, usually only one dude, sitting in the back, unsmilingly staring at you. He wouldn’t laugh if his life depended on it, plus he was dragged here by his wife or Significant Other, as they say nowadays, and he would rather be at his favorite Sports Bar, watching the Dodgers play the Yankees.

“Let me explain it another way with a different type of audience. I’m having one of my famous weekend parties at my beach house with close friends and some borderline friends. Borderline friends, i.e., Passive Virgins, are the best, because as I mentioned before, they’ve never experienced my sometimes-bizarre sense of humor. So, there’s a mixed crowd of say, a dozen people sitting on my patio, beach-side. Dinner was excellent, now everyone has migrated to the patio to watch the Sun go down and drink Margaritas”.

“During the varied conversation, people are talking about a host of subjects and someone tells a one-liner joke, Hey, did you hear the one about……… Door is opened, and I am On-Stage. Time for me to share one of my bits. Now, when it IS a mixed crowd, of your close friends and first-timer Passive Virgins attending one of my frequent get-togethers, even though you KNOW that your close friends have heard most of your shit before, they ARE polite enough to keep their mouths shut, smilingly, and let you finish your bit for the benefit of the Passive Virgins sitting there”.

“Now, if it’s just your close friends (no virgins), and they have heard that bit before, smilingly, AND politely, they will let you know that they HAVE heard that one before…..Great one Tom. I remember this one, laughed my ass off that last time you shared it, as they are trying to get you to stop as politely as possible, but they let you finish the entire story anyway”.

“Sort of the same thing when your kids and their friends are having a party at your house as this was the ultimate place to party for thirteen years. Of course, I feel a part of THEIR party. It’s my fucking house isn’t it? What do you think I’m going to do? Go shopping at the Mall or go see a movie while the kids are having a great time?”

“It’s sunset, we are all on the patio, and there ARE Passive Virgins in the crowd of 14 or so. They are talking in general about many topics, and someone tells a joke, Hey dudes, did you hear about the time when we were driving to Rosarita Beach, and Billy had to use Taco wrappers to wipe his ass?…..The kid continues telling a really funny story, which I also have told many many times before”. It involves three ferocious Pit Bulls, Montezuma’s Revenge, and a hand-full of Taco Wrappers”.

“The door is now open for me. As soon as I begin sharing my Dead Armadillo Story, even though there are several Passive Virgins who have never heard my shit before, mixed with a few of my children’s close friends who HAVE, my son, politely & smilingly keeps his mouth shut and lets me continue. However, if there are no Passive Virgins at the party, (because there are only five of them INCLUDING my kids, and they ALL have heard it before, right at the beginning of my joke or bit, my son looks at me, UNSMILINGLY, and says, Fuck this shit Dad, we’ve heard your crap a thousand times before”, as he rudely begins to talk about what a great wave he caught earlier in the day”.

I credit Cleatus and Ellie for this inspiration today

Stay tuned, I’m working on more material like this