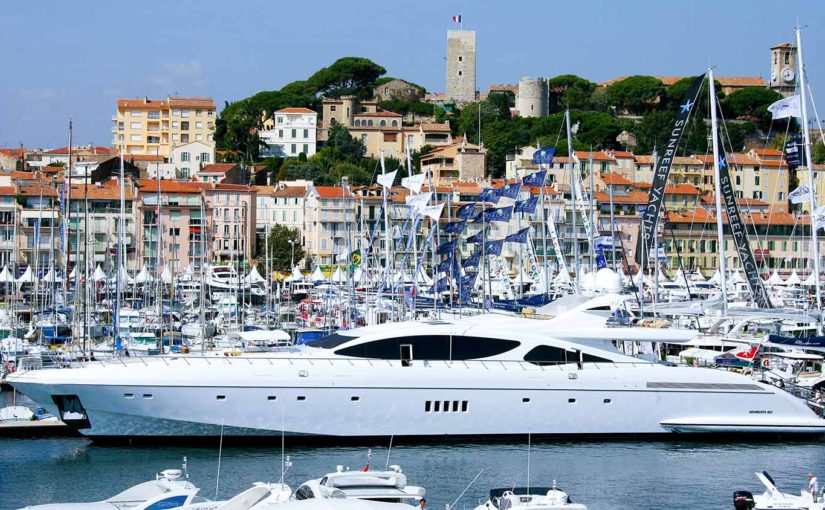 Definitely for the Big Screen, this story is about “Prince” Andre and the beautiful, exotic “Lady” Marion, who meet at a yacht party, 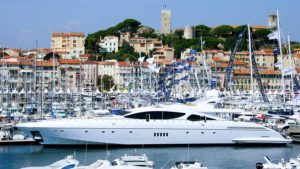 at the Cannes Film Festival. Prince Andre is from a small almost unknown little country that used to be part of the former USSR. The beautiful “Marion” is a definite Southern California girl, with her gorgeous long reddish-blond hair, beautiful long legs, and striking blue eyes. 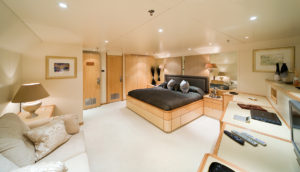 The first night they meet, the prince gets a BJ in one of the yacht’s VIP cabins. Hot and heavy, the romance begins. The following night, after a romantic dinner, the beautiful “Lady Marion” takes it in her “back door” doggy style, in his penthouse at the “Hôtel Majestic Barri”. Are they falling in love already? Maybe.

Another BJ, this time it’s around two in the afternoon in the privacy of the Prince’s beach cabana. Anyway, we sort of discover why Marion isn’t having vaginal sex with Prince Andre, “Darling, I am still a virgin, and I am saving that for marriage, you know, for whomever my future husband is going to be”. Andre understands, and is OK with her incredible BJ’s, and her tight little butt hole. , anal sex is quite common in many different cultures, ask my Persian friends. We find out the real reason why Marion was “saving herself” for her wedding night much later in the story.

After the film festival, Marion heads back home to her townhome in Brentwood, California, and her job as an assistant for a well-known Hollywood Entertainment Attorney. Prince Andre heads back to Sarcootchka, and the vast estate where he lives in a fairly large house about a quarter of a mile from the enormous almost castle-like home of his parents.

Prince Andre and Marion talk at least two or three times a day/night. With them being a half a world apart, sometimes they are on the phone at two in the morning (California time), and sometimes vice versa. Surprising to his friends and family, AND her friends (her parents are deceased), no close family…..the two of them continue their long-distance relationship and continual communication by telephone, texting, and also growing use of face-to-face on Skype for five months.

The five months since that first meeting in Cannes has gone by quickly. They are finally going to see each other again. This time, in Maui where the Sarcootchka Royal Family own a vacation home on the beach.

The most direct flight for the prince’s private jet is east from Sarcootchka across Russia and China directly to the Pacific, and Maui, but in this instance, he flew to California (LAX) to pick up his Lovely Lady Marion, and then back west to Maui. 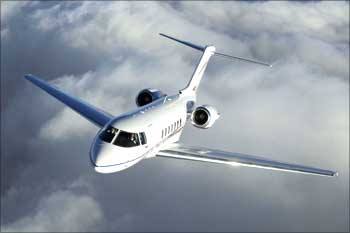 What an exciting time for them both during their flight to Maui. What a wonderful vacation trip for an excited Marion……and a long BJ for Prince Andre somewhere about half-way to Maui.

Now in Maui, Prince Andre and Marion have a wonderful time, doing what people do when on vacation. One night, while sitting on the beach in the moonlight, listening to the gentle breaking of the waves, Prince Andre reveals a huge, single solitaire twelve Carat Diamond Engagement ring and proposes to Marion.

Not a surprise, really, but Marion although excited, but reluctant, tells the prince that she DOES want to say yes, but needed a little time, a day, maybe a few days? Prince Andre, although frustrated, understands Marion’s emotional answer. 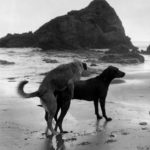 “Back door/Doggy Style” on a moon-lit beach ends the scene, fading to a close-up shot of a huge, beautiful moon with faint sounds of love-groans in the background.

Continued display of femininity mixed with a little fear and a sudden dose of masculine rage the next day. “My Lovely Marion”, as Prince Andre calls her, is alone for a bit in the morning as the prince has left for a meeting with some business types associated with his various activities in Hawaii.

It’s 11 in the morning, Maui time, and Marion is on Skype with her closest “Gal Pal”, “Johnnie” in Los Angeles. In the beginning of the video call, Marion tells her best friend about the prince’s marriage proposal. “Girl, I am so happy, and so proud of you!”, Johnnie says, she continues, “Does he know?”. Marion responds nervously, “Noooo, he doesn’t know or even suspect…..I’ve been too afraid to tell him. Johnnie, slowly, thinking, then says, ” You know, girl…..you HAVE to tell him at some point….What if he wants children?”…Marion, with a few tears forming, “I KNOW I KNOW, that’s part of my dilemma…..he’s talked about wanting children someday….especially a little baby boy…..to be the next “Crown Prince”.

Of course, we ALL are curious now. Just what is going on? OK we are thinking. Marion is unable to bear children, so what? Johnnie says, “If you love him, you HAVE to tell him…..it’s time to fess up lady, you should have told him a long time ago”. “TELL HIM WHAT?!!”, Marion bursts out with frustration and slight sampling of “Her” masculine anger, “that I can’t have his children?”. “I told him in the beginning, that I was “saving” my virginity, hoping that he was the type that didn’t want kids”.

The audience, all of us, are still unaware of the real reason Marion can’t have children. Is it some medical reason, like many women suffer from, like issues with her ovaries? We soon find out.

Prince Andre returns to the house around 6:00 PM, and they drive over to his favorite Sushi place, Morimoto’s . As they are smiling, talking about everything BUT the big question in his mind, that he is expecting her to answer, he patiently does not bring it up at dinner. There are a few children there with their parents, and we see Andre glance over at the two young children, a little boy about six, and a little girl around four. As he glances over at them with a look that says, “Someday”. He is reminded of the times when his parents, King Gustaf and Queen Victorina of Sarcootchka talked about the day when the castle would be filled with the sounds of little princes and princesses running around. Like any parents, they envisioned having grandchildren someday. 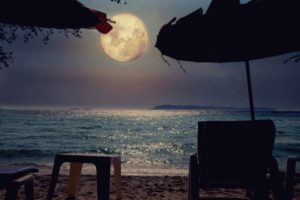 After dinner, we find Prince Andre and Lady Marion sitting on the beach again, in the exact same spot where he proposed to her. It’s a beautiful evening, with the same full moon, slight breeze, sounds of the waves splashing on the shore, and a few birds of some kind, singing in the distance.

“Here we go”, Marion says. “I have an answer for you sweetheart, but first I have something I have to tell you. If you still want me after that, I will say yes”.

The prince, is patient, and does NOT say a word, as “His Lovely Marion” begins, with a blunt as blunt can be, “Sweetheart, my darling Andre…..I used to be a man”, (there is no change of expression on the Prince’s face). I have gone through years of gender-change operations and procedures, along with female enhancing hormone drugs to help with the changes.

Although I have been avoiding normal vaginal sex with you, it’s not because I was saving my “virginity” for some high and mighty moral reason. I have no ovaries, never had them. I don’t have a normal female vagina, although I do have a little vagina-like pocket of fleshiness that the wonderful doctors made using a little left-over penis and scrotum flesh. It somewhat feels real, it just doesn’t go anywhere. Small little “pussy” that will accept about three inches. I was afraid to tell you”.

“Stop…stop. You need say no more”, Andre says. “I DON’T CARE! I LOVE YOU! I love the beautiful person that I have come to know. I love YOU, not who or what you were before”…

Marion interrupts, “What about children? I have totally sunken THAT boat for you”. Andre hugs Marion at that point, and whispers in “her” ear, “We can adopt if YOU want….all I know is that I am in love with you, and I want to spend the rest of my life, with you”. 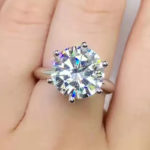 Andre reaches into his pocket and pulls out that huge rock of a diamond again, “Will you marry me?”….”Yes, Andre, I will”, as a camera shot of a close-up of the moon ends this short story….For now. 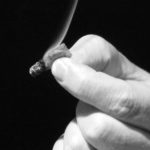