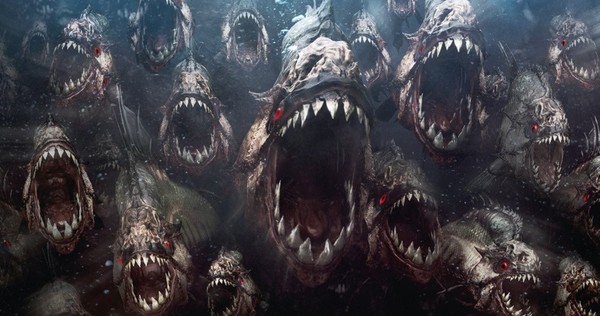 I was basically “homeless” for a year after my mother died.  Not really a “run-away”, because nobody on either my mother’s side or my father’s side took the initiative to take me in after her untimely death.

Between both sides of the family, there were eight sets of aunties and uncles. I’ve never been angry or bitter about that. It is what it was in 1963, when Catholics had tons of kids, even for a few of them, it wasn’t about religion or lack of birth control. One of my aunts had six kids spread between three different “fathers”. We all know what SHE was spreading, (rhymes with eggs).

So I was homeless. Not too long after mom left us, and not too long after I found out my relatives were going to place me in an orphanage, (this was less than a week after the funeral), I took off from my temporary lodging at my Uncle Bob’s house and headed south. I had no destination, I just headed south. Eventually I made it to California, but that’s a whole other story.

By the time I got to somewhere in Bumfuck, Alabama, I was pretty ripe. I had not bathed in two weeks or so. By the time I reached Alabama, I had hooked up with another kid (a run-away?). On this particular day that I am now writing about, i.e., my “Piranha” experience, my hitch-hiking buddy and I came upon a really awesome lake. Time for a bath. At least a great time to cool off as well. I remember this lake, 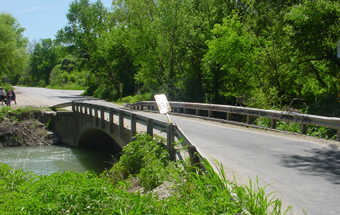 and the spot where a creek crossed under the highway, where we could climb down the bank of the ditch right where the bridge for the highway crossed over the creek.

At this spot we were about fifty feet from the lake and the entrance of the creek into the lake. Both sides of the creek were cleared of trees and brush, back about 25 feet, so we just walked the fifty feet along the creek, to the lake. The nearest structures were a small gas station, bar and cafe two miles back along the road from where we had just walked.

Interesting side story about the cafe, or roadhouse, whatever it was. It had a sign (this was 1963) above the front entrance that said, “WHITES ONLY”. As I opened the door and walked in to the place, (with my hitch-hiking buddy still standing outside on the lower steps),

this old white dude behind the bar/counter directed a quick, almost growling question in my direction, “Boy, you with that nigger out there?”, simultaneously as I shook my head up and down signaling a “Yes”, he said, “Niggers aren’t allowed in here, and since you’re with him, you can do an about-face and get the fuck outa here”. I found out for the first time in my life what racial discrimination and segregation was all about.

Out behind the building was several wooden picnic tables, a few folding tables, and those school-type metal folding chairs. Ben, my traveling buddy and I had lunch, sitting there with about twelve other black folk. I had fried catfish, hush puppies, and a coke as I recall.

At the waters edge, far enough away from the two-lane highway, I felt comfortable that no one would see us. The nearest house on the lake was quite a ways away from where we were. 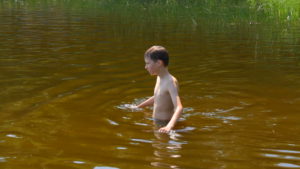 If you have ever been homeless, you will know that even if it is, in this instance, a lake, not a bathtub, you are so greasy-filthy-dirty, you begin to soapless wash your entire body, and you can feel with your hands that you are also rubbing/washing dead skin off. It comes off in little tiny particles, as well as some larger pieces of dead, sun-burnt skin. 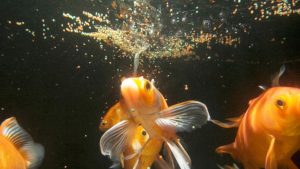 Imagine, if you have ever had pet fish in a fish tank, and as you sprinkle the fish food into the tank, the fishfood slowly sinks, and your pet fish, Hinky, Dinky, Parley, and Vooooo, and their seven other brothers and sisters frantically begin to devour their dinner as if they had been starved for a week.

Not even in the water five minutes, and I notice little fishies starting to munch on my dead skin. “Hey Ben, you ought to see this, I’ve got a bunch of minnows swimming around me, having a meal on me”, Ben acknowledges the same thing.

Little fishies going wild around me, going after the dead skin, dirt, and whatever else. Two minutes later, larger fishies appear, having a field day on all the dirt, dead skin, and toe-jam I am washing off my body. Some of the larger minnows have now attracted even larger FISH to join in the feast. 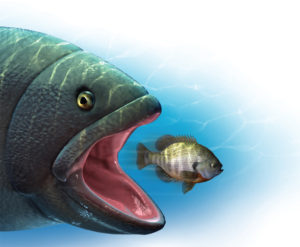 Mind you, I did not wash off enough stuff to attract all the fish in the lake. I figure it was just the crescendo of activity around me.  Now here’s a couple three or four or five, REALLY much larger fish, Bass I think, mixed in with the two or three hundred smaller fishies.

I just got bit. Not once, but four or five times, water not quite “boiling” like in the movies, after all, these were not Piranha I told myself, but that’s what I suddenly yelled out, “PIRANHA!!!!……THEY’RE EATING ME ALIVE”, as I started swimming back to shore from the neck deep water. 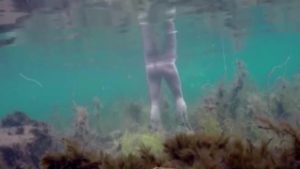 Think about it for a minute, you are dirty, buck-naked, chest deep, with a slight marijuana buzz going on, AND this feeding frenzy is happening all around you. You feel something biting your tiny little cold-water shriveled-up penis. That was it…..It took me about a minute to swim back to shore.

You later find out that this particular part of the lake was where the State Fish & Game folks “Stocked” the lake with several different types of little fishies a couple of times a year. Earlier that day, they had dumped about ten thousand of these various-sized little fishies into that stream that fed into the lake.

No moral to the story, but I do appreciate you taking the time to read this memory of mine.