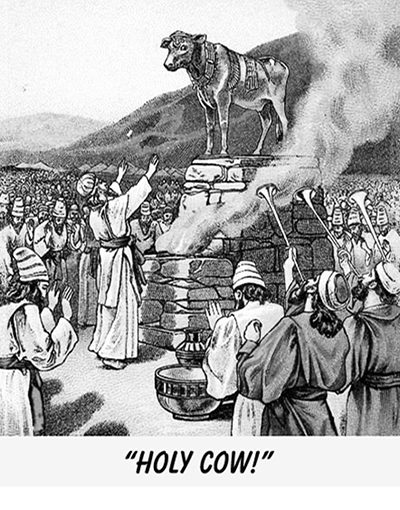 From the moment we are born, we begin to gather knowledge and experience, both good and evil, that we hold on to, and we call it intelligence, a learned habit, an experience, “growing”, etceteras. It may differ between cultures and societies, but individually we believe in what we think, or assume, is a good thing, along with everyone else in our culture or society, or state of mind.

Cannibals were humans that ate (as in food) other human beings. It started in Europe approximately 32,000 years ago. During famines, for the Neanderthal’s, human flesh was a dietary supplement. Eventually, In some cultures becoming a ritual to ward off evil spirits. For some, it also was a warning to enemies.

Was that evil to those people? Apparently not. Evil to modern day cultures and societies? Yes, unless your aircraft you are on is the one that crashed in the Andes in 1972. Pass the Grey Poupon, please. Cannibalism. Evil or good. Ask Dr. Roberto Cannassa, a survivor. Horrible, horrible thing. Would you do it? Pass the Heinz 57, please.

Okay, so I sorta made this a topic NOT to be discussed around the dinner table with the kiddies. Cannibalism versus farting in church. Is farting in church evil? I don’t think so, especially if it’s a little old grandma type sitting in the pew in front of you.

Just as naturally as the color of our hair and skin, our knowledge of the difference between right and wrong is a sensory part of our brain that separates humans from other species. Just as the animals in the forest naturally nurture their offspring teaching them how to fly, to hunt, to fish, humans teach their offspring as well, except for one significant difference between the human species and ALL other species.

Humans are the only species with the knowledge or the very ability to think, of the difference between good versus evil, from birth as an instinct, that becomes tainted by external pressures and processes (playground bullies, parental guidance, DUI Court) along life’s way. Tainted, changed if you will, by both good and evil.

What is “Good” you ask? What is “Evil?”  The very first time that one of our cave dwelling ancestors picked up a piece of wood or a large rock and killed another cave man, there probably was no remorse or thoughts of good or evil.

If the killing was to prevent injury to oneself, or to the others, there only was a good feeling, which eventually would be accepted as the norm. Perhaps the deceased was stealing food, or sexually  attacking the mate of the other? There was no remorse.

Eventually remorse became part of a set of human feelings, that differentiated us from all other species. Remorse was and still is, a feeling, not an instinct. Humans are the only species that feels that emotion, as far as we know. When my dog did something wrong, it MAY have shown guilt, but remorse? I don’t think so.

An animal attacking another of the same species is seen as part of the familial rise of a leader, and is purely instinct, like two male deer fighting, or two male gorillas fighting. The simple fact is that two animals can fight for dominance is neither good nor evil.

An animal killing another animal of a different species for food is instinctual, and totally without remorse, neither good nor evil. A Lion bringing down a Gazelle is not sport, it’s called food, i.e., survival of the fittest. Not evil. The loss of life by natural disasters. Not evil, not good either, and it falls under the “Shit happens” category.

How about the moment a human being feels that power and dominance from killing another human being, it can be considered good, or evil, i.e., you just shot a serial killer who was in the process of slicing your child’s throat……You just took a life, GOOD for you, you’re not evil!

Someone just walked into a crowded school and opened fire with an array of semi-automatic weapons, killing 47 children, and 5 adults…..EVIL! Of course not good….If you are protecting your loved ones, it’s a good feeling to be the survivor, and winner. And it may come with a little remorse mixed in with your joy.

If you are killing another human being for no good reason at all, then consider it an evil deed. Tens of millions, hundreds of millions of humans have been killed because of the evilness in the hearts of human kind.

The answer to all this philosophical bullshit has been taught since that first cave man hit the other dude with a big piece of wood or a rock. Even if the survivor walked away and left the carcass of his adversary to rot, my guess is that at that moment, he not only was thinking about his first “weapon”, he maybe discovered wither “good” or “evil” was real, even though if just a fleeting thought in his mind.

Triumph or sadness, and all other kinds of emotions are discovered. Some emotions, can be “good” to some, “evil” to others. If that caveman was simply defending his “family” and possessions, I’m pretty sure he was feeling good about the ordeal if he was the winner.

If instead, the victor was using his “weapon” to lay claim to that which was previously owned by the deceased, then we could assume that the rush of feelings that the winner felt were based on the evilness of his deed? Think about it.

The people or tribe of the dead man are now feeling fear, loathing, despair, nothing good, and the people or tribe belonging to the winner is feeling nothing but joy and goodness, cheering his victory as they continue with the slaughter of the enemy.

Good versus Evil, it’s all relative. The ONLY species that recognize these particular FEELINGS is the HUMAN SPECIES, Homo Sapiens. However, I know that my dog felt joy when I came home. Or maybe that look, that smile, his barking, was because he was hungry?. Basically, I believe I have seen animals show emotions, but not human evil, not human good.

Throughout our evolutionary process, much evil, evil of all kinds, has also been characterized as “good” by many peoples, even entire cultures and societies. That same result is true in the opposite, referring to the millions of people, men women and children that have been slaughtered because of one religious belief or another.

Mankind has been trying to understand these human traits since the beginning of time. Religions upon religions, all the various kinds of worship of everything from the SUN, to golden statues of various animals, to Man-Gods, have in many ways, complicated our evolution as a species.

Our species is the only species on this planet that has killed, and continues to kill our own species for the cause of our religions and so-called faith (add the other ludicrous reasons here, like oil).

Mankind’s experience with religion has always been the isolation and worship of some thing or some one. What I am suggesting is that if we love ourselves, if we love others how we want to be loved, if we treat others as we would desire to be treated, we wasted a whole lot of time, and a whole lot of brick and mortar down through the years, not to mention all the EVIL and wrongful death we have beset upon humankind. My church? I am my church.

“Is God willing to prevent evil, but not able? Then he is not omnipotent.

Is he able, but not willing? Then he is malevolent.

Is he both able and willing? Then whence cometh evil?

Is he neither able nor willing? Then why call him God?”

Boil it down folks. Strain out all the crap. And what you have left is something quite simple……..wait for it……..The Golden Rule.

How simple can it get. Treat your fellow man, as you want to be treated. For me, I hope for nothing but love and goodness from you, so my conscious has a strong desire to love, respect, and care for you. Utopia? Maybe, but we are human, not animal. We have the option. Be good? Or be bad!

If we gather together in a meeting, perhaps at someone’s home, we won’t call it church, or Sabbath. We won’t pray to some possibly fictitious person or God, or image of a young Elvis Presley. We might sing, songs of joy and love for one another, and yes, we may smoke a little weed, eat a little pizza, but not as a ritual.

We will exercise our free will as humans only can, and teach love, not hate. Peace, not war, yadda yadda yadda. How simple can that be? No memorizing words, no dropping money in a bucket, unless you want to participate in the refreshments, whatever you might be serving.

When you meet, you discuss ways to help other people, like the homeless. Food for the starving. Help for the medically and/or mentally challenged. Shelter for the homeless. The list goes on and on. The only difference is you are truly practicing this “preach” in your daily lives.

The church as we have known it, regardless of what or who WAS worshiped in the past, becomes like so many antiquities of our past and our cultures.  Perhaps all the churches, synagogues and mosques are turned into living space for the homeless.

The real truth becomes the living reality of how to live our lives in goodness, and how we treat others, and so on. Think about it. Not hard to comprehend. You don’t even have to come to my house to hear this simple message, just click “share”.

We can truly love one another, just drop the pistol – Dr. T. C. Saxe, DD, RSISHE

The knowledge of good and evil, that’s the difference between you and a Baboon – Dr. T. C. Saxe, DD, RSISHE

I love you from afar, no matter where or who you are. If you do come by to say hi, I can guarantee that you will feel goodness while you’re here, goodness when you leave, and goodness when you get home. If you have nowhere to call home, we will fix that. If you are hungry, we will feed you. Everything is possible! Be kind to one another. Pass the bong, please.