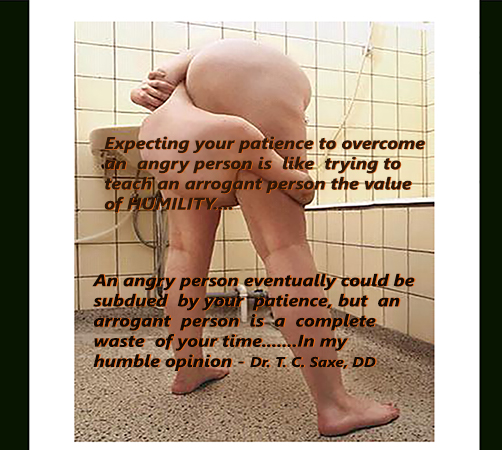 A normal, nice weather, Tuesday afternoon. My room mate, Jeff, is sitting on the patio, and I am sitting at the computer in the house. Jeff comes in, says, “Something’s going on next door, I hear banging, moaning…..if you don’t call 911………I will”. Leads to my contacting Sheri in the property management office, and telling her to call 911, which she did. The fire department pulled up within 3 minutes and I waved them on yelling up at the fireman staring out at me as they rolled by, didn’t even have the courtesy to stop. I yelled out, “Cops in first”.

Earlier on, Jeff had suggested we knock on their door. “Great idea”, I said. We walked over to Chuck’s, and just as I was going to knock on the door, the door opens and Chuck shoots Jeff in the chest with what looked like a 10 Gage shot-gun. Not really, but the thought of Chuck shooting thru the kitchen door caused me NOT to knock. I told Jeff to forget about it, “I’m not going to knock on their door, I’ll wait for the cops”.  This is why I felt like it was my duty to wait for the fire department in order to warn them to let the cops go in first, in case there was something afoul, and Chuck really was going to shoot thru the kitchen door.

Standing in the center of my street, waiting over 15 minutes since the front office called 911, the Fire Truck is hiding (waiting), around the corner…..with my cell phone in my left hand and a lit cigar held between my index finger and my middle finger of my right hand, I had a quick thought, “Maybe I shouldn’t be standing in the middle of my street with my left hand holding my cell phone and a couple fingers out of the right hand, holding this fucking cigar when the cops eventually show up?. What if the cops were here already but they are hiding in those bushes over there”.

So, I quickly walked to my front doorway, just in case one of these cops jumps out from his hiding place behind the bushes yelling, “GUN!!” while looking at my cigar….So now, I’m in my house, cops still haven’t showed up (25 minutes?)…Total time, who knows, I really didn’t see a police car for 30 minutes, that’s about the time I walked out again, as the two police dudes were walking past my house because when they left Chuck’s house, I noticed that the police had parked about three houses up the street, north of me.

I tried my description of events like a stand-up routine in the street after finding out that Chuck and his wife were OK. I don’t think these two officer dudes appreciated my joke, because, as they started walking away, one cop dude looked back and said, “We certainly know the difference between a cigar and a gun!”……Duuuuuu! No sense of humor? Fuck You!

I thought it was funny at the time, especially when I closed all the blinds on the windows facing the street so the cops maybe would not throw stun or smoke grenades in my house. Of course, there is always the chance that with your blinds open, a sniper can clearly see in your windows facing the street. “Sarge, he’s got a cell phone in his left hand, and a cigar in between his forefinger and his middle finger of his right hand, should I shoot anyway?”…..

Forty-five minutes have gone by. I’m in the house writing this short story. Now, as I recollect, here’s what I said to Sheri, and what she potentially told the 911 dispatcher told 911, forty-five minutes ago. “The tenant in 179 is an older couple. Chuck is 82 or 81, can’t remember. His wife is close to that. They both are very ill, Chuck with extreme pain in both legs. Chuck has guns. Chuck once was a bodyguard for Marilyn Monroe. Send the police in before the fire department”.

It was reported properly. Nothing happened as far as the police were concerned. As we were discussing the situation, I told the two police dudes that the moaning sounds were not Chuck. The sounds were more like a female moaning. Plus, my roommate had heard banging going on, (the Headboard?).  It was the right thing to do, irregardless.

Thankfully, and presumably, the neighbors are okay. And here I imagined it like one of those TV Cop Shows, helicopters overhead, several police responders, several vehicles, Swat Team, THEN the Fire Department and local news crew.

One vehicle, two cops, no back-up and the firemen didn’t even wave goodbye when they left.

For those of you that have enjoyed reading my posts and pages, and would like to make a small donation to my efforts in helping others in need, I have now set up a PayPal account for you to contribute $1 or whatever you feel it’s worth to you. Your donation is 100% tax deductible.