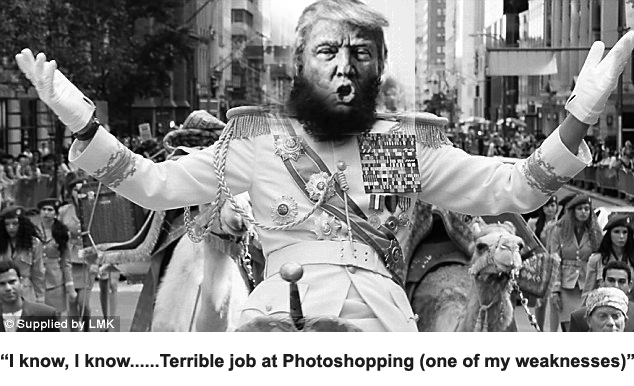 “A decent person apologizing is like a fresh spring breeze, compared to the excuse-filled bullshit that comes from a selfish person’s mouth” – Dr. T. C. Saxe, DD

Selfish person’s mouth? Or how about in Trump’s case, someone with NPD, (Narcissistic Personality Disorder)” Lack of truth without an apology, let alone remorse

Howdy folks, this bit of info from the Mayo Clinic is Trump! 8 months until his Impeachment is my guess. What’s the Vegas Odds right now?

If you have narcissistic personality disorder, you may come across as conceited, boastful or pretentious. You often monopolize conversations. You may belittle or look down on people you perceive as inferior. You may feel a sense of entitlement — and when you don’t receive special treatment, you may become impatient or angry. You may insist on having “the best” of everything — for instance, the best car, athletic club or medical care.

At the same time, you have trouble handling anything that may be perceived as criticism. You may have secret feelings of insecurity, shame, vulnerability and humiliation. To feel better, you may react with rage or contempt and try to belittle the other person to make yourself appear superior. Or you may feel depressed and moody because you fall short of perfection.

Many experts use the criteria in the Diagnostic and Statistical Manual of Mental Disorders (DSM-5), published by the American Psychiatric Association, to diagnose mental conditions. This manual is also used by insurance companies to reimburse for treatment.

DSM-5 criteria for narcissistic personality disorder include these features:

1.   Having an exaggerated sense of self-importance

2.  Expecting to be recognized as superior even without achievements that       warrant it

3.  Exaggerating your achievements and talents

4.  Being preoccupied with fantasies about success, power, brilliance, beauty or the perfect mate

5.  Believing that you are superior and can only be understood by or associate with equally special people

7.  Having a sense of entitlement

8.  Expecting special favors and unquestioning compliance with your expectations

9.  Taking advantage of others to get what you want

10. Having an inability or unwillingness to recognize the needs and feelings of others

11. Being envious of others and believing others envy you

12.Behaving in an arrogant or haughty manner

April 14, 2017: After reading this again 2 days later, I had a thought that I thought I should add the following thought, so let me add that thought, at the end here to tie that thought to my opening thoughts….”Think about that one for a moment”.

Number 13: For sure you will hardly ever hear of a narcissistic person apologizing in a sincere fashion, i.e., Don’t expect Trump or anyone like him, to apologize for anything.

Some careers or jobs that are not a good fit for a Narcissistic person:

My suggestion is to have a simple screening done, sorta like a pee test for drug use, to determine if you are plagued by the narcissisticititiupyourasshole bug. If you are a person with NPD, (Narcissistic Personality Disorder)”, sorry, I don’t even want you cooking my cheeseburger for me at McDonald’s, let alone with your finger on the Nuclear Button.

Think about all the people you HAVE come across, politicians, others like police officers who are supposed to “Protect and Serve”, that suffer with this particular mental disorder. Then think about throwing some of our federal budget dollars at helping to find a cure this horrible disorder.

It reminds me of an old poem, “For want of a nail, the shoe was lost”, only in the opposite direction, i.e., from the top down.