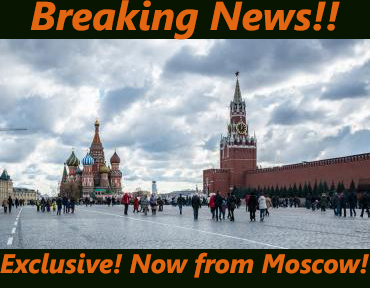 This just in! Exclusive interview of President Poopin by the internationally know Foreign Correspondent, “The Unknown Sock Puppet”

The Unknown Sock Puppet: “As you can see from the “Gremlin” behind me, today we are reporting from Moscow. We are  scheduled to meet with President Poopin in about 20 minutes or so for an exclusive interview .” “Excuse me kind sirs” stopping a couple of young Russian Soldiers, “Do you know how to get to the KGB from here?” “We were instructed to meet Vladdie at the KGB”….. “Put the camera down George, that other soldier is raising his weapon”.

We are now inside a building, quite a ways from where we started in the Red Square. As we are being lead down stairs and thru many doors and hallways, we begin a casual, interview with President Poopin, who is walking slightly ahead of us with his interpreter, and two other nice looking gentlemen.

I begin our interview as we are walking along.

The Unknown Sock Puppet: “President Poopin, it is widely suspected that Russia has been somehow involved in our political system in the United States for quite some time now, in fact sources say that officially, Russia, meaning you, have hacked into the computers at the DNC,  and compromised presidential candidate Hillary Clinton’s campaign efforts in 2016. Our wonderful President, recently elected POTUS, Donald J. Trump, has completely denied any consort with you or Russian officials in this matter, and has said so in many of his “Tweets”. “Can you confirm this for our viewing audience tonight?”.

President Poopin: “To be completely forthcoming, neither I, nor any of my staff or government officials have had the pleasure of discussing American politics with President Trump or any of his staff. All of our contact has been strictly about Oil, Golf and tall buildings, and as you know, President Trump likes to play golf.

I get all my detailed political information about Donnie from my 3rd cousin on my mother’s side, Melania, whom I happened to introduce the Donald to years ago through a Russian owned dating website, “Slovenian Babe’s R US”.

She’s great! Tells me everything she knows on a regular basis………and Donald tells her everything when she spanks him during sex every other Tuesday night. Melania and I are…..I think you westerners call it…….kissing cousins……. 3rd cousins in fact, so we’re totally legit”. Daughter of a 2nd cousin of mine that ran a state owned auto dealership in Yugoslavia back in the day.”

The Unknown Sock Puppet: “So Mr. President, you want me to sit in that steel chair by itself in the center of the room? “Why does my cameraman have to wait outside?”