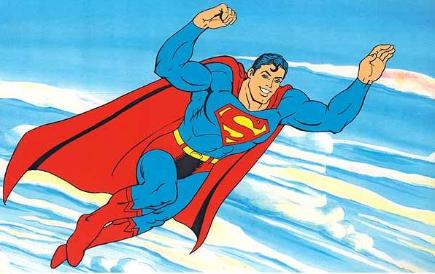 We all have experienced a recurring dream or dreams. Sometimes our dreams seem so real to us, it’s like living in that moment, almost like you are in a movie. The good karma dreams can be fun, and at the same time, just as weird as the not so good karma dreams, or nightmares.

First I’ll tell you the real story, or experience that has stayed with me for 63 years. As a young child growing up on a farm, there were so many things to do, especially in the summer time. All the normal things kids do at five years old, go fishing, build forts out of hay bales in the barn (upstairs), play Cowboys and Indians, chores, like pulling weeds in the garden.

Our garden wasn’t this tiny suburban back yard kind of garden, it was a full acre of land, planted with a lot of different shit. So, anyway, besides all the chores like feeding the chickens and ducks, in the summer, you still had a lot of time on your hands, for things like, pretending to be a SUPER HERO, like Superman.

Which leads me to the activity that stayed with me all my life in the form of this funny dream sequence. On either side of the house, and behind the barn, we had fields that were previously used as grazing land for dairy cows and several horses. This land had not seen a cow or a horse for quite a few years. What we called a “Cow Pie”, cow shit, was fairly abundant, more so than the horseshit. A Cow Pie is green when it’s really just-crapped fresh. It cannot be picked up in one solid piece, I know, from the first time I tried to pick up a fresh one over at Jerry’s place. 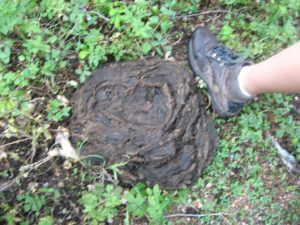 When it has sat there untouched for a very long time, it sorta looks like a 12″ diameter, gray, miniature flying saucer sitting on the ground. That’s how Cow shit looks after dropping five feet from the cow’s anus, and it does “age” over time, turning from grass-fed shitty green, to alien gray-skinned gray.

Completely different look from a “Horse Turd”, yes, we called the horses doodoo, turds, almost round, slightly larger than a softball, “depending of course on the size of the horse”. Hey! That rhymes, hahahahaha.

So imagine, if you will, you are five years old, it’s Saturday and you just finished mowing your three acres of lawn. All your chores are done, so you run off towards the pasture, hop the barbed wire fence, and suddenly, you have become a………Wait for it……..SUPER HERO, able to leap over the tallest buildings (cow Pies and horse turds) in a single bound.

Now, the cow Pies that were gray, we’re sometimes quite deceiving. Although alien spacecraft gray was the color of really ancient Pies, if your foot accidentally landed on top of a “not as old as you thought it was”, cow pie, you actually broke through the “crust” and ended up with old, but still squishy dark green (grass-fed) cow shit on your tennis shoes. 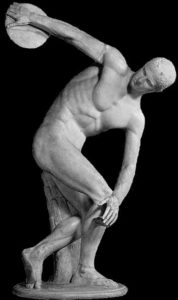 Mind you, most of the gray ones were like petrified, they were so old. Completely solid, dried out, safe to pick up and throw like an Olympic Discus thrower, (besides being a super hero, I also was an Olympics Discus thrower with 20 gold medals).

My friends and I had played that same imaginary super hero game many times in active grazing fields, like at Jerry’s place or Warrens, just for the suspense. The cow pies were fresh, and the cows looked at us like we were crazy.

Anyway, back to leaping tall buildings with a single bound. For a five year old kid, I had a wonderful imagination, which most kids do. As I was running and leaping, it FELT like I was traveling through the air hundreds of feet with each leap.

In reality, I was only leaping four or five feet each time with every jump. Now, putting that real activity in to a dream perspective. Imagine my dream, like the one I just had, I’m still five years old, but in my dream, I am REALLY leaping hundreds of feet in the air, and landing hundreds of feet away with each stride and leap forward.

Did I suffer from Hypo-mania when I was a child? No, I don’t think so. Did I have a good imagination? Yes, just as good as any other kid, although I must say, I was a more enthused Cowboy than I was Indian. Am I currently having a Hypo-mania episode? Yes, maybe, but I don’t care.

I thoroughly enjoyed writing this, and because I do suffer from Hypo-mania, I think this little short story is magnificent. I hope you enjoy it as much as I do.