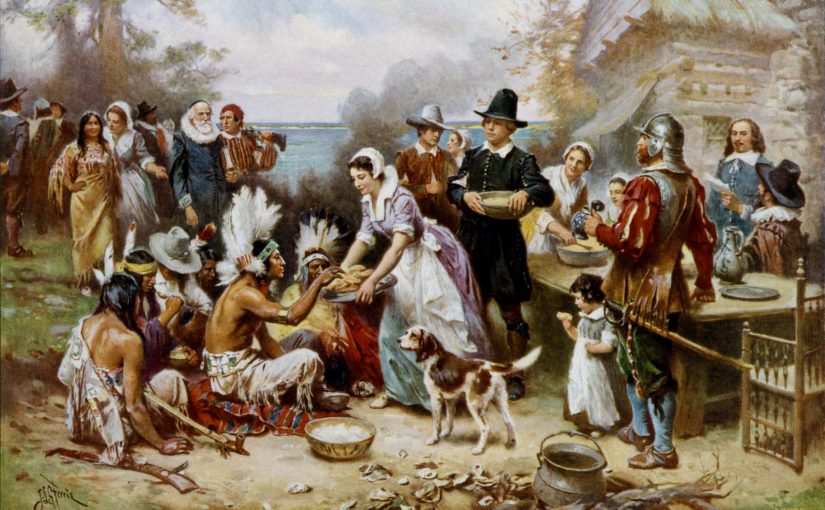 If I were an “Original”, I’m pretty sure I would NOT be carving up a Turkey on Thanksgiving Day.

First of all, I like to refer to the people that have been here on the North American Continent for thousands of years as “Originals” and not as “Indigenous” or “Indians” any longer. Columbus thought he had reached “India”. He missed that boat.

For many of us, thinking about Thanksgiving makes us think of the First Thanksgiving between the “Originals” and the Pilgrims. There are many versions of this story though, but many of us know the one we are taught in school.  In 1621, America would have their very first Thanksgiving Dinner between the two different groups of people (our species). Today it is celebrated on the fourth Thursday in November.

The very first Thanksgiving was to celebrate a treaty between the pilgrims and the “Originals”. This was a large feast that had enough food to feed everyone for weeks. On the table was foul such as geese, turkey, swans, duck, etc. There was also lots of meat, vegetables and grains provided by both the Indians and the pilgrims. Everyone had a wonderful celebration, and certainly a wonderful meal.  The “Originals” even signed a paper stating that the pilgrims had the right to Plymouth.

Thanksgiving to the “Originals” may not mean the same thing that it did to the white settlers in American History.  To the “Originals”, Thanksgiving would mean a totally different thing. This was the beginning of their end……a time where they had given up their land in return for gifts that were full of disease……which would kill many of them later down the road.

The White settlers would see this as a friendship being started, knowing that without the help of the “Originals”, they would never have survived the rough winter.  It was a time of celebrating with family and friends and being thankful they were still around to do it.  Today, we celebrate it with our own family with turkey, yams and ham. 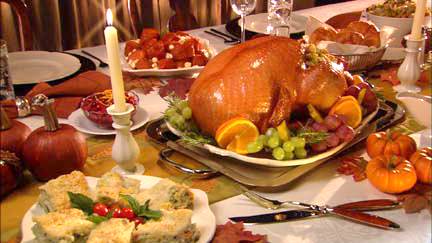 Thanksgiving will always be remembered as a time when the “Originals” and Pilgrims sat at a long table and ate together, sharing everything they had with one another.

For a Native American, the story of Thanksgiving is not a very happy one. But a member of the Dineh Nation and the Yankton Dakota Sioux finds occasion for hope.

I celebrate the holiday of Thanksgiving. This may surprise those people who wonder what Native Americans think of this official U.S. celebration of the survival of early arrivals in a European invasion that culminated in the death of 10 to 30 million native people.

Thanksgiving to me has never been about Pilgrims. When I was six, my mother, a woman of the Dineh nation, told my sister and me not to sing “Land of the Pilgrim’s pride” in “America the Beautiful.”

Our people, she said, had been here much longer and taken much better care of the land. We were to sing “Land of the Indian’s pride” instead. I was proud to sing the new lyrics in school, but I sang softly. It was enough for me to know the difference.

At six, I felt I had learned something very important. As a child of a Native American family, you are part of a very select group of survivors, and I learned that my family possessed some “inside” knowledge of what really happened when those poor, tired masses came to our homes.

When the Pilgrims came to Plymouth Rock, they were poor and hungry — half of them died within a few months from disease and hunger. When Squanto, a Wampanoag man, found them, they were in a pitiful state. He spoke English, having traveled to Europe, and took pity on them.

Their English crops had failed. The native people fed them through the winter and taught them how to grow their food. These were not merely “friendly Indians.” They had already experienced European slave traders raiding their villages for a hundred years or so, and they were wary — but it was their way to give freely to those who had nothing.

Among many of our peoples, showing that you can give without holding back is the way to earn respect. Among the Dakota, my father’s people, they say, when asked to give, “Are we not Dakota and alive?” It was believed that by giving there would be enough for all — the exact opposite of the system we live in now, which is based on selling, not giving.

To the Pilgrims, and most English and European peoples, the Wampanoags were heathens, and of the Devil. They saw Squanto not as an equal but as an instrument of their God to help his chosen people, themselves.

Since that initial sharing, Native American food has spread around the world. Nearly 70 percent of all crops grown today were originally cultivated by Native American peoples. I sometimes wonder what they ate in Europe before they met us. Spaghetti without tomatoes?

Meat and potatoes without potatoes? And at the “first Thanksgiving” the Wampanoags provided most of the food — and signed a treaty granting Pilgrims the right to the land at Plymouth, the real reason for the first Thanksgiving. What did the Europeans give in return?

Within 20 years, European disease and treachery had decimated the Wampanoags. Most diseases then came from animals that Europeans had domesticated. Cowpox from cows led to smallpox, one of the great killers of our people, spread through gifts of blankets used by infected Europeans. Some estimate that diseases accounted for a death toll reaching 90 percent in some Native American communities.

By 1623, Mather the elder, a Pilgrim leader, was giving thanks to his God for destroying the heathen savages to make way “for a better growth,” meaning his people.

In stories told by the Dakota people, an evil person always keeps his or her heart in a secret place separate from the body. The hero must find that secret place and destroy the heart in order to stop the evil.

I see, in the “First Thanksgiving” story, a hidden Pilgrim heart. The story of that heart is the real tale than needs to be told. What did it hold? Bigotry, hatred, greed, self-righteousness? We have seen the evil that it caused in the 350 years since.

Genocide, environmental devastation, poverty, world wars, racism. Where is the hero who will destroy that heart of evil? I believe it must be each of us.

Indeed, when I give thanks this Thursday and I cook my native food, I will be thinking of this hidden heart and how my ancestors survived the evil it caused.

Because if we can survive, with our ability to share and to give intact, then the evil and the good will that met that Thanksgiving day in the land of the Wampanoag will have come full circle. And the healing can begin.

Jacqueline Keeler is a member of the Dineh Nation and the Yankton Dakota Sioux. Her work has appeared in Winds of Change, an American Indian Journal.

Let’s just be really thankful. That’s called progress, “Land of the Pilgrim’s pride”, all part of the evolution of our species and planet. AMEN. God bless America, and can you pass the mashed potatoes please.

And now for a few unpaid advertisements:

Looking for Angel Investors/Venture Capital folks for the following. Maybe if enough friends see this, the word will get out, so please share this, thanks!