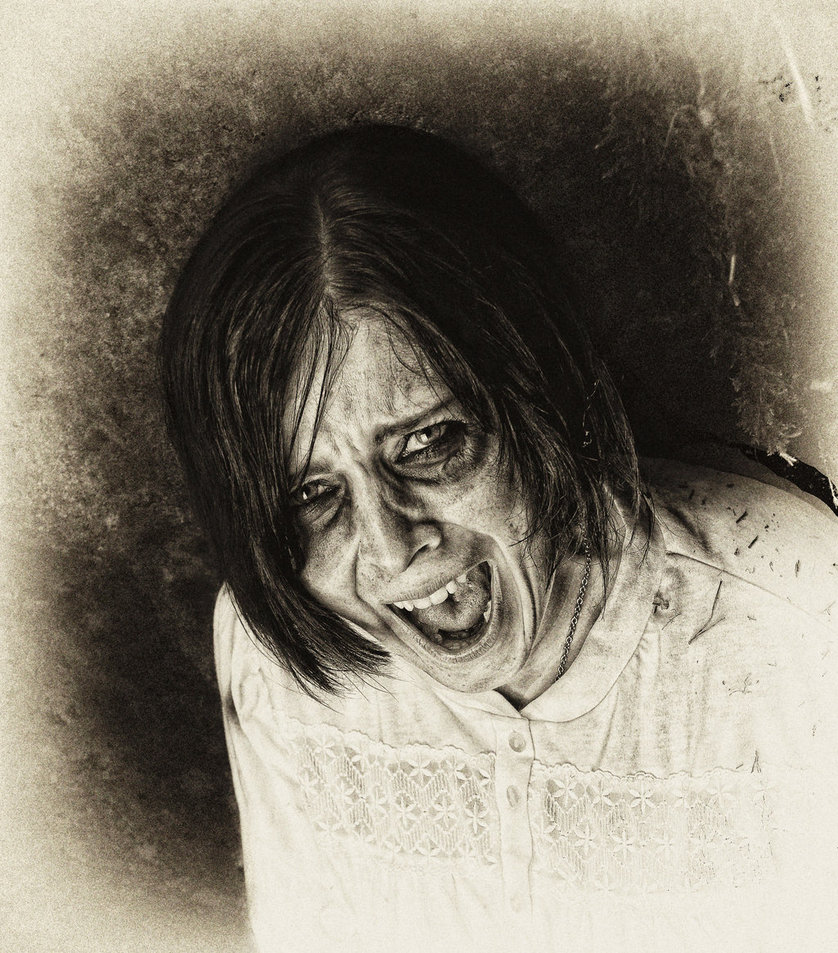 EVOLUTION OF OUR SPECIES, RELIGION, BETTER AND BETTER WEAPONS, AND KILLING EACH OTHER

It’s okay if you believe that Adam and Eve looked just like you and I today, you know, as depicted in so many famous paintings, and the Sunday School images that stick to a felt covered presentation board.  I am here to say, that as a Scientist and Futurist, our species, Homo Sapiens, evolved from what best could be described as “Cavemen” (see photo). You know, the dudes that first discovered how to rub a few sticks together and “Create” FIRE.

The fact is, that in the early stages of our development as a species, i.e., our evolution, man (used generically) created a lot of stuff. Imagine being the first dude to create the first wheel. Incredibly intelligent THAT dude was. Or how about when our species first discovered that you could keep your body warmer in colder weather just by draping some furry animal skin around your shoulders.

My focus today is to correlate the idea surrounding our growth or evolution as a species, with the inventions of weaponry, and our mindset as a species, to kill the other person (s) quicker and better than they kill you, and by so doing, taking “charge” of everyone else around you. Yes, the dude that brings a gun to a knife fight is the winner in most cases. Except in the movies, where the dude throws his knife, killing the dude with the pistola.

I imagine that it must have been thrilling for that first cave dude to pick up a stick or rock and bash in the head of that first opponent, or victim. Imagine the look on the opponent’s face at the moment of impact, like, “What the fuck did you just do?”…… 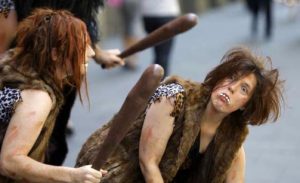 Of course there were plenty of battles or fights where the dude with the rock won, because he got lucky when he threw that rock, hitting the dude with the stick right between the eyes. I can imagine that when it came to one group against another group, it was a toss up, “Sticks and Stones may break my bones but……..”.

So, our species learned how to be the aggressor, and the defender. If you were the only game in town that happen to have a fire going in your cave, more than likely you didn’t politely and humanely share YOUR fire with the dudes across the canyon.

Yes, we have always been a selfish species……….that is, up until the first time that a cave dude thought it was a good thing to trade a little fire for some beef jerky. Eventually, as we did evolve and got wiser, (not scratch that out) SMARTER, we willingly just shared our fire with anyone who happened to drop in for a visit.

Now, back to that stick and rock. Who knows what the first “weapon” was, and who cares. The point is that a few tens of thousands of years later, man had invented spearheads tied to a stick, knives, rudimentary axes, and eventually a tree branch bent into a bow with some kind of string attached to propel that “arrow” with.

I might add, of course man had discovered how to fashion arrow heads out of flint. In modern day early discoveries of indigenous people’s in places like the Brazilian jungle, we saw that they weren’t even bothering with an arrowhead, they just sharpened the end of the stick into a very sharp point.

Fast forward through the thousands of years of our evolution, which not only included weaponry, or evolution included what we today call……… .Wait for it………..RELIGION. 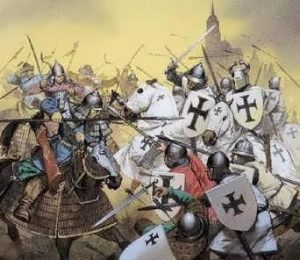 Throughout the thousands of years of our evolution, there have been some rulers or “Kings” that were also considered to be “Gods”. They had complete and utter control over their “People”, until another “People” i.e., tribe decided to invade the other’s land. It happened all over the world at different times in our history. Point is, it is part of our recorded history, and the invention of more and more sophisticated weapons is directing linked to who won, and who lost, who gained more territory, and who got there heads cut off.

The invention of gun powder in China.  The wearing of armor. Dumping vats of hot oil on your enemies heads. The first rifle and pistola. Now that was a huge leap for mankind. One common thread is that irregardless of the weapon that was invented, it was meant to “Kill” someone else, i.e., “The Enemy”.

Along with the evolution of our weaponry, mankind experienced the evolution of our political, religious, educational, social skills, and morals, or dignity. All along our evolutionary trip, there still were dudes that thought they were going to take over THEIR known world, and some of THEM thought of themselves as “God-Like”. In our most recent history we have dudes like Adolf Hitler. Think for a moment how many people have been killed in WARS. Look at what is happening all over the world today. Most of the conflicts have deep “Religious” roots.

Some people today still cling to the ideology of the Civil War dudes that owned slaves. Some people today, like Hitler, still believe that JEWS are less than human,  (and all non-jews to the zionists, are goy, o’vell), that people with a different color of skin, are less than human. I have a relative who is still alive today that refers to ANY person with black skin, as a monkey. How fucking pathetic is that?

Yes, there still are some wars that do go on without religions direct involvement. Lack of organized religion in a modern society is rare, probably non-existent, and has been as much a danger as the religious cultures. Its just my opinion, but things like the Russian takeover of Crimea could have been looked at in a different way, and if you look at it, religion has been involved all the way.

“What we have here”, to quote from one of my favorite movies, “Is a failure, to communicate”. In my later years I have come to recognize the importance NOW, of using modern technology like the Internet and Facebook, to………..Wait for it……COMMUNICATE!

I believe that we are at a point in time where, as a species, we can evolutionarily decide what we can and can’t do to make this planet and our species something our grandchildren’s grandchildren will be proud of. A turning point in our evolution. Sure, I know it takes time, and invention (technology), but I believe we ARE at that crossroad. The road we take now is the most critical choice in our evolution as a species.

Along with being a Futurist, I am also an Optimist. I believe that our future will not have wars, or even rumors of wars. Mankind will be a totally non-violent species, with plenty of Good Karma all around. No borders, no walls, no starvation, no grief,  (except for the occasional natural disaster).

Am I just some crazy old dude that likes to write? Yes. Do I wish for an end to all the killing? Yes. Do I think that by starting a new movement in our society, which includes “Tolerance” and “Respect” in all areas of our lives, and new political ideology will actually do any good? Yes. I hope that it will have a positive impact on us as a species.

So, it’s not really a political party. It’s an awakening to our future, even though none of us will be around to enjoy it. Think about it. A very famous dude once said, supposedly, “Love one another as thyself”. I like what that dude had to say and teach. It’s more than that folks, think of it as the evolution of our species WITHOUT the political and religiosity involved.

Love yourself. Love your neighbor. Love that truly homeless person. Love that crack whore (she needs your help, and love too). Love that dude that just was elected POTUS. He needs everyone’s support and encouragement. If he fails at the job, the Congress will impeach him. If some dude is being a racial asshole, yes, you at the very least have to forgive him. FORGIVENESS IS LOVE.

In closing, I just want to say THANKS! Thanks for listening. Thanks in advance for at least considering what our world is going to be like without all the negative shit we live with today. I don’t want to sound like one of those television evangelists. I’m not asking for ANY financial support or aid. I AM asking for your involvement in spreading this message of hope.

If you feel like volunteering, that would be wonderful. Obviously one of the first areas that I could use some help, is in the IT (Information Technology) arena, and the PR  (Public Relations) area with good Social Media skills. Thanks, and good night.

P. S. I wrote this a few years ago. Update now to include a few things, such as a website created to consolidate all of our efforts, see https://itad-nao.com/

All of the numerous platforms like farcecrap, twitter, and all of the wonderful efforts on the multitude of websites is still like a “Fly farting in the wind”.