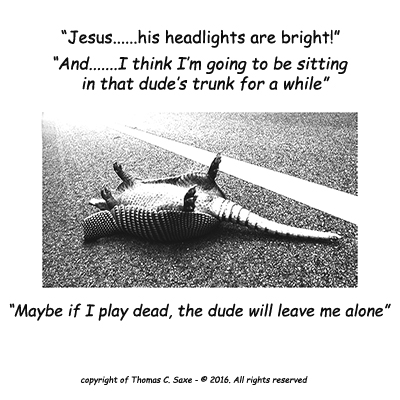 November 18th, 2016, late afternoon, Mikey, my new friend in the community I live in and I, are smoking a little medical, and just talking about random shit. Cars, mostly. I just met him and his wife at the pool last weekend, and this is his first visit to my home. We’re talking, and he mentions his mother in law, and it starts us on a conversation that can ONLY be blamed on the weed.

We are basically talking about what women do, different hobbies and so on, she is home obviously at 77 years old, Mikey says she keeps herself busy, knitting sewing, shit like that, things that women love to do, and somehow my twisted brain comes up with, “Ya, if you saw a dude sewing and knitting, you would assume he is gay”, then right after that, I said, If you saw a woman riding a Harley, with tats, short-hair, leather pants, and a big truckers wallet and chain sticking out of her back pocket, more than likely, she’s probably a Dyke.

Which started me preaching, and writing, about equal rights for all people. My point is that EVERYONE should have equal rights! If you are a grandfather who likes to sew, knit, and dress funny, YOU have, or should have…………Wait for it…………..Equal Rights!

In essence, what Mikey and I were discussing, was the real fact that even though men and women ARE as different as Jupiter and Pluto, Venus and Mars, Oatmeal Cereal and a Poison Dart, with ALL our differences, we are created, or planted here equally.

You’re not really going to see a skinhead with Swastika tattoos riding on the back of a motorcycle behind a person of color (some dude) in a pink dress, but if you did, THEY still should have equal rights. Right? Do you get the picture? I’m talking directly to you, you bigoted, racist, hateful person no matter what color your skin is! Bigotry, Hatred, and Racism is EVERYWHERE.

I have known all kinds in my lifetime. Even so called tongue talking, holy ghost filled born-again “Christians” who were the most bigoted, racist, and may I say, EVIL MF’S I’ve ever known in my life. Yes, even THEY were created equal, I just think that they’re just a little, no, a lot, fucked up in the head.

Which brings us to the question, is this bad karma shit a “learned” activity, or genetically inherited? I would say that if you grew up in Alabama, Mississippi, or any other state below the Mason Dixon Line, it is a mix of both, and ALL colors.

The only difference is that one race (whites) thought (were taught) that they were BORN superior to all other races (and sometimes religions), like it was really in their genes. The other race, the predominate race of color in the south were mostly, and still are, on the receiving end of all the bigotry, racism, and hatred that the ruling class WHITE RACE could dish out.

You could really see it in this last election, i.e., if you didn’t see it, you are fucking brain-dead. I have known or seen this behavior, both good karma and bad karma, of all colors, cultures, ancestry, and religious beliefs. Let’s face it, we ALL have the capability of being racist Bigots who hates the other person sitting at the end of the bar, it’s inbred, i.e., in a gene.

We also have, inbred, yes I think we all have an inherited gene, for goodness, mercy, and love for others around us. It’s NOT just a taught or learned attribute. You are born with BOTH karma genes…………as…….Wait for it……CHOICES! Yes. I believe as a species, we CAN choose our karma, good and bad, because it’s in our………..Wait for it…….NATURE!

It is a choice, AND sometimes through the right processes, we can choose good karma over bad karma. Both good and bad karma can be part of our religious training and beliefs, and part of our culturally inherited traits. In saying all this, I say that what it boils down to, is that we ALL were created or planted equally, and that if we ALL choose the good karma in our life, this planet we call Earth WILL become a better place to inhabit, for the coming generations.

In closing, as you can see, what began as casual conversation with my new friend here in the community, for me, turned into an entire post on equality. I hope all my Redneck and Religious friends read this one twice. It’s all about how we treat each other, nothing more, nothing less. “Forgiveness received is not a license to sin” Brothers and Sisters. Peace. Abide. Reach into yourself and grab onto that Good Karma.

A friend comes over to chill, he’s partially blind but able to navigate without a cane or dog. It’s still daylight when he comes over. It’s nighttime dark outside when your friend is leaving. Automatically, you ask your buddy if he can make it back to his house on his own, which IS walking distance. He says not to worry, he’ll be okay. Later on in the evening you think to yourself, “Gee, I could have offered to loan him my heavy duty military style, burn your eyes out flashlight”. A microsecond later the thought goes through my mind, “Hey, Mikey, here, use my flashlight, just bring it back when you’re done using it”. Think about it. I got a chuckle out of that one.
Mikey mentions that he’s been a “Trucker” and a “Biker” for most of his life. As part of the conversation, I mention, “Been there, done that, yeah……I was a trucker……….. For, like a few hours, twice in my life”. Two great “Trucker” stories I have to write some day. Likewise, when he just mentioned that in his younger days, he was a “Biker”, I respond with, “Yeah, been there, done that, I’ve even known a few Hells Angels”, which from that, someone would naturally think that I really was a “Biker” back in the day.
In actuality, over the years, I HAVE known a few “Hells Angels”. That part IS TRUE, but I have never owned a motorcycle. I do have two pretty funny stories about my motorcycle experience though, like the time I rode a Triumph 750 Bonny (that didn’t belong to me trying to do an Evel Knievel) off a cliff into the St. Croix river from the Minnesota side.

I was stoned. It either happened in slow motion, or it was a LONG ways down to the water. Either way, the bike and I hit the water about the same time, after falling for 20 minutes or so. Bike sunk (river was 60 feet deep at that spot). I managed to swim to the Wisconsin side of the river.  Getting back to that same spot on the Minnesota side, because that’s where all your buddies were, another whole story.  I do have to tell Mikey my trucker stories.

Cartoon. The whole house is somewhat clean, but the kitchen which is where you both are standing, is terribly cluttered and dirty, in fact, it’s a disaster. As the homeowner, you tell your guest, “Don’t look at my kitchen, cause I’m right in the middle of cleaning it”, think about it. It’s the last thing on your list of things to do, but you DO have an excuse for why it’s so filthy.

The “DEAD ARMADILLO” photo?  Another whole book, you have to wait for. There is a link to a PDF for my first chapters, see below.