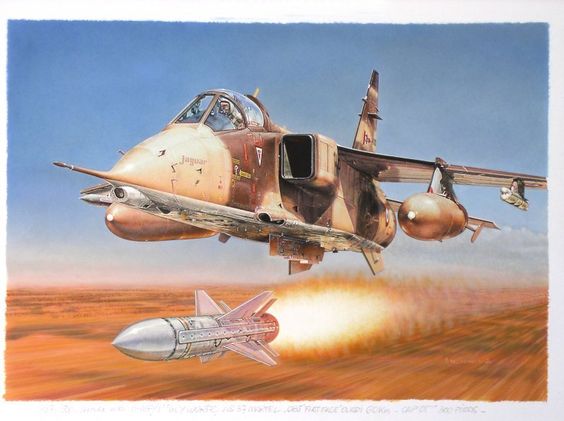 What inspired me tonight was the news article stating that the British have given their pilots permission to shoot down Russian Military aircraft that is being naughty. Not sure if it’s true, but the fact is, these idiots in Russia and Great Britain are discussing it. Want to start World War III? Shoot down the other dudes plane. That is one way of doing it.

The subject that I most care and write about is the “Evolution” of our species. When I look back, at mankind’s known history, and try to look forward, as a Futurist, it’s obvious that for the last 100 years or so, the military/industrial complex, and the globalists are closer today than they have ever been, to changing the path that we as a species have been on for thousands of years.

From Sticks and Stones, to Spears, Arrows, to Muskets and Cannons, to Mark 42 Guided Bombs, to Nukes………..Oh, and God loves us! What has history taught us so far? Human’s stuff gets more and more sophisticated, i.e., we can KILL a lot more people at one time, and more precisely, with the weapons we have today versus just 100 years ago.

The good thing about evolution, and science, especially medical knowledge and science, is how we have found cures for diseases, the knowledge and capability to cut out tumors, transplant living tissue organs, and artificial organs, culminating in an increase in our species lifespans. Talk to one another via cell phone, thousands of miles apart. Land on and return from……..Wait for it………The Moon! Oh, and God loves us!

Scientists are at this very moment, discussing how we are going to go to Mars. Think about it. We are almost at a fork in the road. We can kill everybody off and kill the planet as well, or……….We can change things. Change minds and hearts. Evolve! Evolve to a higher state of being, JUST by being nice to one another.

Unfortunately, part of our evolution more than likely will include the cleansing of our planet. I’m not a warmonger, I detest war, but surgical strikes to remove all the bad dudes? I’d vote for that, if we could be precise enough to eliminate them like a cancerous tumor and let the people (flesh around the tumor) live.

An alternative, and much nastier cleansing might include a really large, final “World War”.  Unfortunately, that type of cleansing WILL remove many of the common peoples along with the dictator dudes. I’m not advocating war, but I would go along with surgically removing all the negative assholes, including some of the assholes right here in the good ole USA. Oh, and God loves us, and wants you to keep your AR-15. If the end justifies the means.

I am enough of an optimist to believe that what will remain of the human race WILL be a much more intelligent species. Imagine living 200 years from now, in peace, disease free, hunger free, living longer, loving one another. With technology that takes us to other galaxies and back, and recognized by all, as one people, one kind, (human), and one species (earthlings).

Read between the lines folks. Think about it. Dudes like Putin, Assad, whoever you want to add to the list, the good and the bad however we judge them, they all are participating in this game we call life. Some of them, actually, all of them are completely clueless. If they were of a higher intelligence and heart, they all would be kinder, gentler, more loving, more forgiving, more Gandhi like, less Hitler like.

So, the end result may, just may, justify some suffering and death for our species. When I say justify, what I am saying is that 200 years from now, our descendants will “Look Back” and be thankful for the sacrifice of innocents in spite of the horrible suffering they had to endure.

If you took a baby from every corner of the globe, and raised all 100 of them together under a team of parents from all parts of the globe as one big family, underline the word, “Team”, in a non-religious environment, the children and the parents WOULD feel as one big family. There obviously would be some differences to adjudicate when there are arguments, but it would be ONE “Family” as we think of today as a family.

Interesting thought for the scientists to ponder, the comedy film, “The Jerk” where the white dude, Steve Martin, was adopted and raised in a black family. Pretty funny stuff, but also pretty serious stuff if you read in between the lines.

Two hundred years from now, who knows what color our skin will be. I don’t care. I have to admit that I do have some Redneck racist relatives that will not agree with my point of view. However, as an Optimist, and Futurist, I really don’t care what color our skin is in the distant future, as long as we evolve into something good, i.e., positive.

I’ll be happy, for our species. Well, to be specific, I’ll be dead and gone, but I believe that some dude two hundred years from now will read this and say, “WOW! This dude back in 2016 was correct! We did survive. We did choose the correct path, even if we did have a few bumps in the road (Thermonuclear War or Strategic Eliminations)”. Oh, and I seriously don’t think our species will be still waiting for a messiah to come back.

Our species, and religiosity, has been evolving for thousands of years, from Sun worship, Golden Cows, to hocus pocus magic crap. Two hundred years from now, humans will look back on mankind’s religious phase with fondness, like watching old Mickey Mouse cartoons. If anything “comes back”, for all we know, it might be our distant cousins from Planet Reesespiecesupuranus.

Postscript. I’m not the only person on the planet that thinks this way. Some of you might think I’m a little, or a lot, crazy, and I am. I’m crazy to love all people. I’m crazy to forgive. I’m crazy to even think that our life on this planet could be better.

I encourage all of you to get involved with saving our planet, and our species. Climate change IS REAL! Get involved. What is happening to our planet’s inhabitants, of all types including humans, is reversible. Stop the extinction of ALL life, plant and animal.

To bad the truth based on facts, isn’t something that can easily be shared, like a bowl of rice, or clean drinking water. Even though I paint a semi-gloomy picture, with regards to the possibility of war, etceteras, I think it will be over quickly, and the human race will enter into a new age. Millions dead. Millions alive.

One last thought related to this. In the meantime, the wealthy WILL spread their financial wealth over a broad spectrum of needs that will benefit mankind and help us evolve. Someone has to fund our growth in science and technology, and our continuing evolution as a species.

There are people that haven’t been born yet that will invent and create things beyond our wildest imagination. Oh, and God still loves us. The “Giving” will start from the top. Giving that continues to fund education, and medical research, and all the sciences.

Two hundred years from now, humankind will remember some people. People like Hitler will be a few paragraphs of history, not even a photo, while people like Gandhi, Dr. Martin Luther King, Jr., and Warren Buffet will be looked upon as visionaries of their time. How do you want to be remembered?

3 thoughts on “Continuing on with the evolution of our species, “Let’s blow up the whole fucking world while we’re at it!””