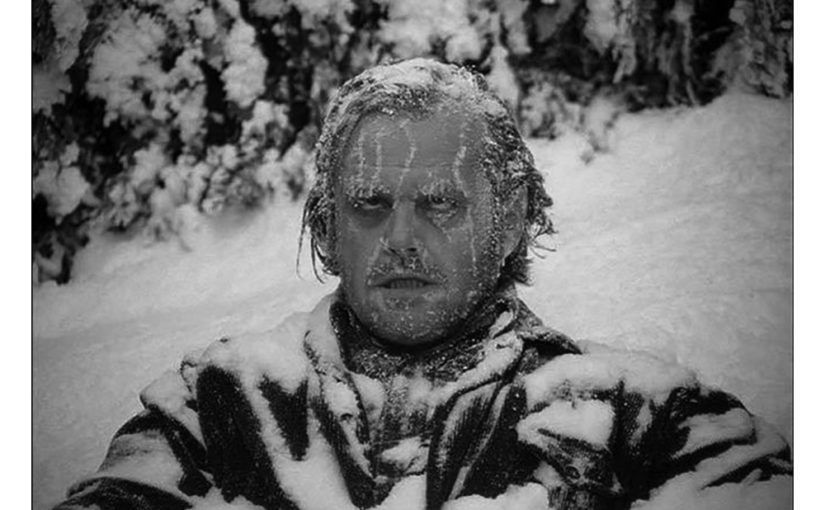 As a young child, five, Six years old, I’m surprised that I didn’t  suffocate to death in my sleep. When Mommy tucked me in at night, and we said that age-old children’s prayer, once the lights were turned off and Mommy had closed my bedroom door, I always did a little “Tent” reading. Flashlight, comic book,  and my blanket pulled over my upright knees, and my “tent” held in place by inserting the top end of my blankie under the back of my head.

Perfect! I actually thought that nobody would know that I was reading. Mom would come check on me after watching the  Ed Sullivan Show or whatever. I would hear my bedroom door creaking open, and she would say, “It’s getting late now Tommy, turn the flashlight off, and go to sleep”.

Mom only occasionally said this, because I could remember many other times that I would hear my door creak open, then creak shut, without a word being said.

I’m guessing now that I look back and think about it, that my step-father was the one who allowed me to live in the fantasy land of reading a Superman comic 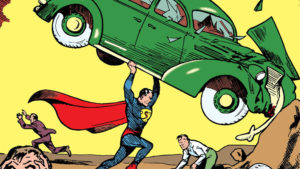 with a flashlight, with the covers pulled over my tent knees and held tight by my tent stake noggin.

I used the “Tent” method for reading for quite a few years, until one day, I just thought, “Fuck it!” I don’t need the blanket tent anymore. Too bad I was reading Comic books instead of Homer’s Odyssey, Shakespeare, or History of the World Part One. Okay, maybe the Bible also would have been more nourishing than Batman eats Robin’s Shorts, part 12.

This gets us to the main part of the story. Once the flashlight was turned off, and I put my legs down in a sleeping position, I ALWAYS kept my head covered until I fell asleep. I always woke up with part of my head “uncovered”, the part that does the breathing when you are sleeping, i.e., head still covered, mouth and nose exposed to the Boogeyman. I never suffocated, and I was never eaten by the Boogeyman. Hahahahaha. Go figure.

Fear makes you see strange shit at night, only at night. You can have the crap scared out of you during the day, hence the phrase, “That scared the living daylights outa me!”, 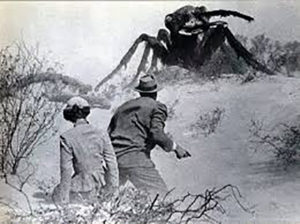 but you more than likely are not seeing a Boogeyman. Perhaps a scary monster on TV, or the giant man-eating ants from the 1954 movie “Them” at the movie theater.

As a young child, the “Demons” in OUR house were my fear brought on by a crazy dude, my step-father, who had suffered horrendous things during World War Two. As a child, I had little to no understanding what Dad had gone through, or why he was struggling to maintain some form of sanity.

As I have written about before, my childhood wasn’t just one of living in poor circumstances or a bad part of town. We lived on a farm. I didn’t grow up with a Crack whore or prostitute for a mother. My mother was a kind soul, giving and loving towards other people. She just didn’t live long enough in my humble opinion.

My step-father? He was fucked up crazy as they come. One of the absolute turning points in my life wasn’t “learning” how to forgive him, it was just plain and simple, forgiving him…………..With no undue expectations on my part. I simply forgave him, for being responsible for ending my mother’s life.

Now this brings me to the religiosity hocus pocus part of my story. As a child who was so afraid to go to sleep at night, that I felt “protected” by covering up my head when “I lay me down to sleep”……What scared the hell out of me, was not Ed’s demons. He certainly was fucked up, but demons didn’t do that to him, the fucking Nazi’s did that to him.

My mother and I? We were just as much victims of World War Two as he was, and I was born AFTER the war, in 1948. My mother knew, somewhat, what Ed was struggling with, 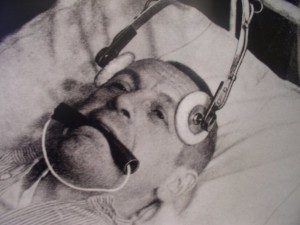 but in the end, she just was not able to help him. No one was. Not even the idiot doctors who gave him shock treatments from time to time.

When Ed died, I wrote about this before, he didn’t go to Hell, as many good Christians would believe, he simply DIED, froze to death. The Riverside County Coroner said when they brought Ed’s body in, he was frozen solid, like a fucking ice cube. Folks, he just died, drunk, and slowly froze. That’s it.

He suffered from what we now call PTSD. You can only imagine what the Nazi’s did to him during three years of captivity. Did I use to wish that he would eventually go to Hell? Of course, that’s what I was taught in Sunday School. Bad people go to Hell.

The simple, surprising act of forgiving my step-father changed my life in a wondrously positive way. Do I think he went to Hell? NO! Looking back on my real father’s life, he also was a victim who lived his “Hell on Earth”. As a homeless, “Sleep under Cardboard” wino/bum, whatever you want to call him, he was a true alcoholic.

When he was on a binge, which lasted for weeks, even months at a time, he saw his own demons, you know the “Rat’s crawling on the Ceiling” shit, along with a few pink elephants or two. My mother really didn’t have a choice when she divorced Harold.

She made a bad choice when she hooked up with Ed though. So, as I now perceive life,  these two dudes whose lives had an obvious influence on my life, didn’t go to hell, they were just as much victims as anyone else could be. Where did they go? They died. That’s it. They did live what we could call, “Hell on Earth”, they just didn’t get the help they so desperately needed.

Being able to simply forgive my step-father was a miracle for me. What I try to write about now, are these experiences and the positive things I learned, like forgiveness, that helped in changing MY life, and my spirit, if you can get my gist. 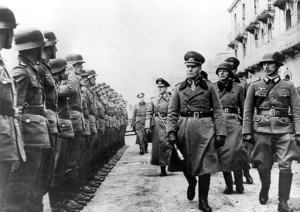 Ed’s story alone will make a great film someday. A dude that risked his life every day, as a U. S. spy behind enemy lines. A dude that was tortured by the enemy, and carried his experience back home with him when the war was over.

Think about it. My real father’s disease, alcoholism, was also because of war related trauma, only he became the lowest form of alcoholic there is, a “Gutter Drinker”.

Today, there are thousands of individuals walking among us with PTSD, and other mental disorders, some brought on by the horrors of war, some conditions, life long illnesses. We incarcerate many of these people, when they should be helped in a medical or clinical setting.

Institutional settings? Yes, for some, that’s what they need. If they are suffering from ANY mental disorder or disease that makes them a threat to themselves, or others, or they are simply living their own version of “Hell on Earth”, they need professional care, not loose change handed out of the window of your vehicle.

There ARE good people that volunteer their time and energy at shelters and so on, and they deserve every bit of thanks AND support that we, as fellow citizens can give them. I woke up in the middle of the night with these thoughts, I sincerely hope that people will get something positive from this post. 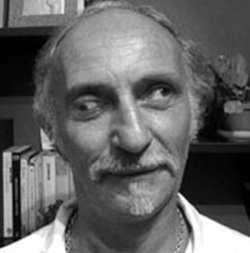 For those of you that are suffering from PTSD specifically, don’t fight that battle alone. Seek help, through what ever means you can. Start writing down your thoughts, and share those thoughts, with your spouses, your children if they are old enough, and with whomever you see on a professional basis.

I am just beginning to understand and appreciate the good things in my life, and how I can pass along some good karma, rather than bad karma. Keep in mind, that regardless of what your spiritual or religious beliefs are, you CAN live a good life while you are here, in spite of the fact that you believe in a place called Heaven. 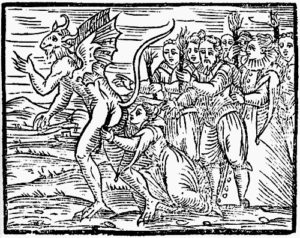 You don’t have to believe the “Hell Fire & Damnation” crap that have stirred up your fears all your life. How can you believe that you are going to Hell if you live your life filled with love and forgiveness towards other people, while you are still among the living?

If you decide that for you, you want to continue to believe the way you do believe, that’s okay, just don’t be a hypocrite at the same time. It was hard to do, but I have forgiven the hypocrites in my life. Pass along good karma, reject the bad karma. Love one another. Peace, abide.

New Drug advertisement for TV.  Do you have moderate to severe “Shit For Brains?” Try Sticadicolopodine, the once a day suppository that you hold under your tongue all day. It smells kinda shitty, and makes you talk funny, like you are afflicted with and suffer from, Shitforbrainsitus. Pronounced “Sheet-4Brain-ITUS” (Hispanically). So instead of the painful and rather embarrassing surgery they used to call………..Wait for it………a Lobotomy, take the once a day medicine, Sticadicolopodine. Your breath will smell like shit, and you will be talking like you already had a Lobotomy!