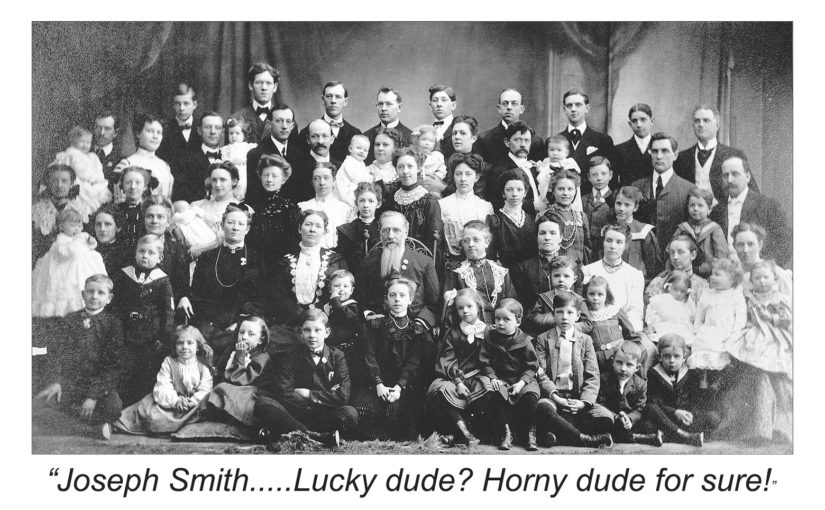 Think about it. The dude will stand there for a while thinking about it, saying to himself, “Is this guy really a half-brother? Did mom fuck some other dude before my dad came along?” (if he’s younger than you), or wonders, “Did mom fuck around on dad?” (if he is older than you). 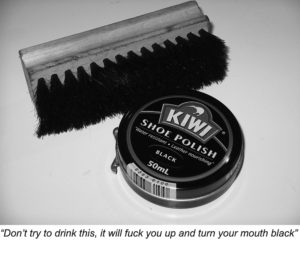 I had only one sibling, my half-brother Johnnie. Mom divorced my father because of his drinking (he would melt shoe polish and strain the liquid through a cheesecloth to get the alcohol from it). Then she met and married my step-father and lived happily ever after (not). 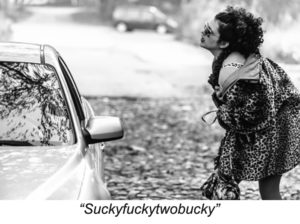 Now my two children share the same mother, and their births took place while their mother and I were husband and wife. My kids know, because I have told them both at one time or another, that they have a 52 year old half-sister or half-brother. I was 16, and my girlfriend was 17 and “Catholic”.

Go figure that one out, she got pregnant, was sent to a “Home” for unwed mother’s, and the baby, at least I was told, was put up for adoption. Even though at 16, for me, I thought it was true love, as I said earlier, it’s all about “Love” isn’t it?

Suzie, or whatever the fuck her name was, had no say so in the matter. What happened was her parents choice, along with some asshole priest more than likely. Me? I’ve thought about that child, and loved that child, whatever he or she is, all my life. Not a chance of ever knowing that 52 year old son or daughter. Even though I thought it was love, I can’t remember the girl’s (my girlfriend) name, Hahahahaha……..

Which really isn’t all that funny, is it. That’s OK. I don’t think neither one of us were slutting around at 16 or 17 years old. Too bad the parents took my child, and my rights as a father away.

The only other similar situation was after my divorce. I’ve written about it in a different blog, so go look for it. It’s an interesting story as well. If it’s true, then my two kids have another sibling, a brother, that’s just 17 years old right now as I write.

In that situation, I was MADLY in love with this woman. She was 26 and single, and I was 50, and single. But that time I was strictly an unsuspecting sperm donor 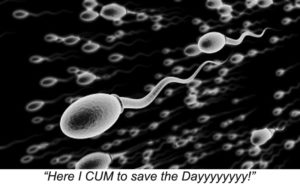 for her own selfish reasons. SHE took away a child, a son, without considering how I would feel 16 years later, because that pregnancy was kept a secret from me for whatever reasons.

Do I forgive her? If I’m correct, and all you have to do is look at a fucking calendar and count the days, weeks, and the nine months to his birth, YES, how could I not forgive her. I loved her.

So, finally at the end here folks, what I am saying is no matter if you are the 68th child from forty different women, it’s STILL all about love. In your case, still, your father’s a stud. Wow! Forty different women, and YOU have a lot of brothers and sisters, and you are from the Middle East ………Hahahahaha! ……….Now, THAT’S FUNNY!

Those Mormon dudes, they got some action going on. I don’t agree with marriage to, and fucking a 13 year old. I think the legal age to get married AND bear children, should be at least 18. 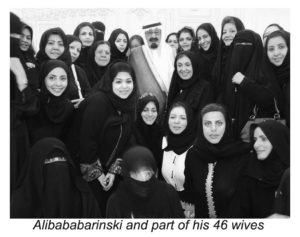 How about those Arab dudes, ten, twenty, forty wives? You have to be a real stud to fuck that many women. 137 children? How in the hell do you remember all their names? George Foreman 1, George Foreman 2, George Foreman……..Wait for it………number 26?

Can a dude be a slut, because he’s fucking 36 women? Five women if you happen to live in Utah, or one of their communities in Mexico. Let’s  research that Mormon dude that ran for POTUS in 2012 and lost, what’s his name, family originally came out of a Mormon Enclave in Mexico, ahhhhh, I remember, Mitt Romney. How many 13 year old brides did his grandfather have?

If it’s not about “Love”, then what is it? I certainly have loved a lot of women in my time, before and after my marriage, just not at the same time, I’ve never tried that. I have ALWAYS been a “One Woman” man. For sure just one at a time. Hahahahaha!

Reminder: I have a “Scare the crap out of you” remake of the 1954 story, “Creature from the Black Lagoon”…Don’t worry Universal, my story is nowhere near the original (even though the story itself is Public Domain), and my “Creature” would make a very scary doll that only adults would like. If anybody is interested, please contact me. for details on “Black Lagoon”.