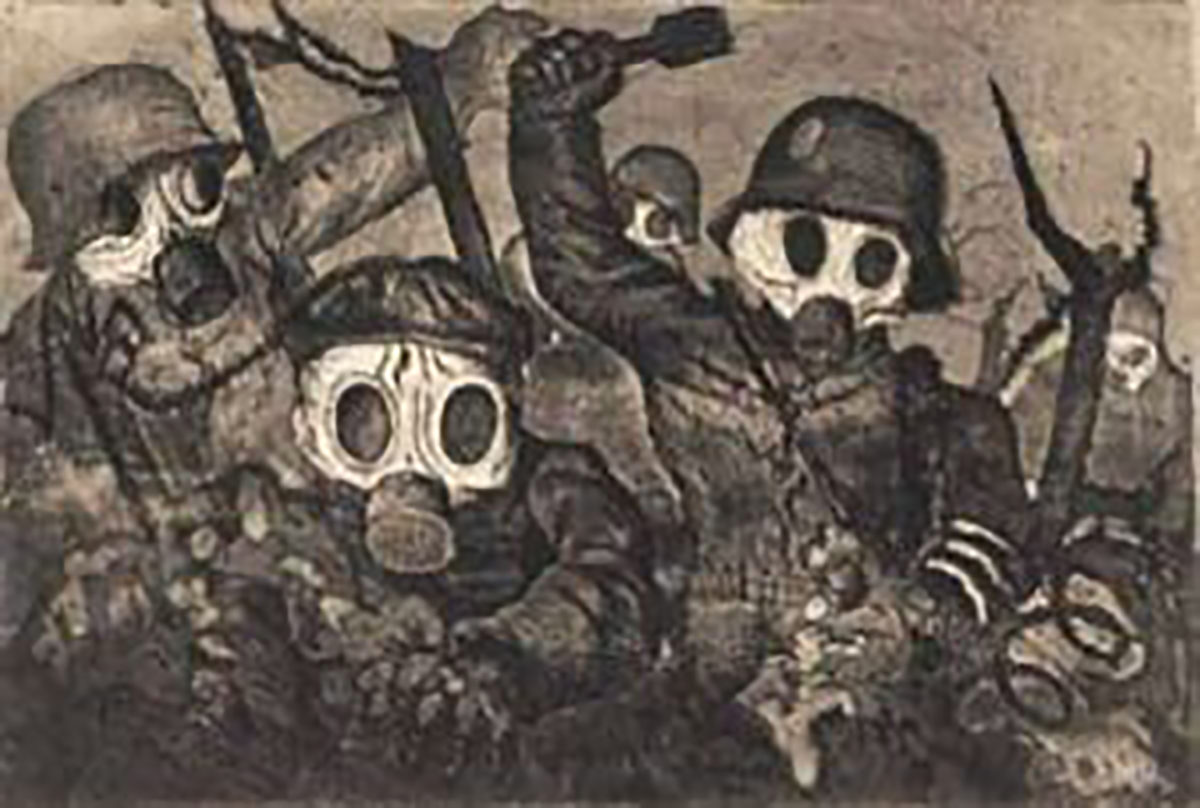 One of the interesting things that I have discovered of late, has to do with man’s eons long worship of SOMETHING other than himself. Golden Idols, the Sun (both of them) and every imaginable thing on and off this planet. In all cases, there were RULES. If you DIDN’T follow rules, whatever they were, you went to Hades, or any other number of really bad places to go after you die and rot in your casket, like, maybe your mother-in-law’s house?

Like most people, I also lived, or tried to live, in my case, a “Christian” life. Along with the promise of going to Heaven, if I could only be sinless, and give up ALL of my “Free Will” to this “God”, (through his only begotten son, Jesus), comes ETERNAL FIERY HOT AS A MOTHER FUCKER HELL for all eternity. Can you find true happiness in believing in nothing? Oh yeah, it is good for me, it can be good for you too. Am I going to Hell? I really don’t believe in Hell, so fuck no!

Now, you are 68 years young, and most of your life you consider yourself to be a Christian. At points in your life you would have been accused of being a Bible Thumping, Holy Rollin, Foreign Tongue Talking Christian, and that’s the scariest part, and also the part of your life where you met the most hypocritical asshole hell bound people in your whole life.

Flash forward to today. When having a discussion with someone, like tonight, talking to my Cousin Sue, and I begin to realize just how true and simple my “Religion” “Philosophy” has become. No promises of Heaven, no threat, and fear of Hell, it is OK………just to simply follow the Golden Rule, as it pertains to Good Karma versus Bad Karma.

Before, I had an overwhelming fear of dying. In January of this year, I started writing because I had this fear that I was going to die on the operating table the next month in February. I no longer have a fear of death, because all I feel now is Good Karma.

If all I achieve is being kind, forgiving, and understanding to others that I come in contact with, then you can safely assume that I am going to be a pretty happy dude for the next 30 or so years of my life. Not trying to channel Nostradamus here, I just think, and feel, that I will live a long time. And while I’m still here, I’m going to pass on as much Positive or Good Karma as I can.

Think about it folks. Live in fear of going to Hell someday, because you know you have done some shit that maybe God, who really had one hand behind his back with his fingers crossed, when you thought you heard God’s voice say, “I forgive you”.

Because of that, your subconscious self, as stupid as your conscious self, tricks you into feeling inadequate and unfulfilled most of your life, and afraid of death (Hell). Plus, people tend to “Sin” over and over again because they keep asking for, and believing, that they were forgiven. I say BULLSHIT.

Because if you continue with the bad karma, you are just going to continue to be a fucked up person until the day you die, even though you tithed exactly 13%, and  taught Sunday School to all the little boys (and girls) that gave you a hard-on, you fucking pedophile.

Is having peace of mind and spirit okay? Of course, don’t make a religion out of being kind. Some, not all, of my Bible Thumping Christian friends could say to me, “Tom, you’re going to Hell”.

Most of my life, I would have turned that negative karma right back on them saying something like, “Oh, and you’re a Perfect Christian? I saw your daughter giving your son a blow job, and I paid them to do it. Got it all on film, while I was butt-fucking your wife at the same time”. Hahahahaha.

Today, if someone did tell me that I was going to hell, I would simply respond by saying, “Okay, have a good one”. I don’t think it’s too late for the human race. I would safely bet that there are a whole lot of people that think the way I do. I would not be so vane to think that I am the first? Hell No!! to coin a phrase. It really should be written and said this way, “Hell?……….”No!

In other words, I am no longer burdened with superstitious fears and beliefs. If you want to believe the way YOU do, I have no problem with that. I’m not even going to try to explain Good Karma/Bad Karma to you because all that would bring to both of us, is Bad Karma. Get it?

Do whatever, just let me do my thing. What is YOUR thing you might ask me? Simple, the Golden Rule. Abide. I am not trying to parody the “Dude” heaven knows, whoops here I go preaching again. You know if you have seen the dude as played by Jeff Bridges, in the movie, “The Big Lebowski”, that although similar, thinking the good karma, bad karma thing is older than the hills.

I think since mankind’s beginnings on this wonderful planet, there have always been kind people, i.e., good karma AND Bad Karma has been here forever.

Let me cite a recent example wherein a “Christian” who I knew around forty-three years ago, recently complained about what I had written as a comment responding to his conversation with another dude asking questions about his obvious bias against Democrats.

In that particular post, I was making a reference to a dude that publicly was spouting his Christian values, back in the early 70’s, as twisted as they were, but privately had told me exactly what he did or did not believe, and no rooster crowed.

Just because it is relevant to this discussion, I’m not ashamed to show my response to a Facebook friend from way back then, because he is a Pastor. This Youth Pastor, now a Senior Pastor that took offense to my generic “No names mentioned” statement about the asshole Elder that said, “Fuck Jesus!”, surely if I have sinned, he will forgive me as Jesus forgives him every fucking day.

What people were responding to, i.e., the Pastor’s original post :

Pastor BlaBlaBla: Gas price in Arizona $.50 a gallon cheaper than California. Time to run Democrats out of office in Sacramento!!

After some comments back an forth, which you can see here, https://tcsblog.net/2016/08/29/jesus-give-me-a-break-or-keep-it-under-a-bushel-no-im-gonna-let-it-shine-shine-shine/

My initial comment to one of his respondents:  Basically, being a “Christian” does NOT necessarily prevent you from being an extremely evil asshole. I knew one many years ago. He was an elder at Trinity Lutheran Church in San Pedro. He was as about as evil as they come. It’s not about who or what you worship, it’s truly about how you treat others you come in contact with, and how you treat the planet. tcsblog.net Watch, XXXXXXX is going to delete my comment. (this comment, in fact the entire gist of my participation in his post was deleted by the author)

His comment to me in a private message verbatim is, “Of course I’m going to delete public slander. If you want to bring up something horrible from your past I’m open to hear your concern but there is a right and wrong way to have a discussion”

My response in private messaging, “You can’t handle the truth”

His response in private messaging: Try me

My last response in private messaging: You can read all about it on my next blog post

You can read this in more detail on another post, at, https://tcsblog.net/2016/08/29/jesus-give-me-a-break-or-keep-it-under-a-bushel-no-im-gonna-let-it-shine-shine-shine/

My final thought on the above story. There are many who come preachin’ but not a whole lot of real truth if they don’t treat everyone with love and kindness, with………..Wait for it………Good Karma. Just because I used his post to give a comparison much like the Republican versus Democrat bullshit ,  it doesn’t mean that I am all bent out of shape about it.

Especially him being a Dickhead and throwing me out of church when I was only telling the truth. I could care less, I just mentioned it in a story, a post, and he was the bright one to start the conversation, and I was originally only responding to the initial conversation, where he was trying to expound his political bullshit upon another human being, sort of a political discussion about the evils of the Democrat Party.

I couldn’t help myself, I had to say something. In fact, after all that was over with, the Pastor’s respondent became a Facebook friend of mine. If you look at my initial comment, I didn’t mention anything about the pastor, just a brief description of the evil elder dude and a few words about Good Karma, no big deal.

Bottom line is that if you happen to be talking or FB talking with someone whose religious or philosophical views are different than yours, sure as shootin, they are automatically going to think that you are going to hell, and that they are going to heaven (not so sure about some of them). I say that’s part of what has been wrong with our species, and our evolution.

I need to take this moment to get off the subject, and explain my humble thoughts recently about the use of profanity in my writing style, as a few out of 27,000 visitors to my blog post announcements on Facebook have voiced their concern. Simple answer? Who gives a fuck?

I’m not angry, although if my use of profanity in my speech and writing style offends you. Forgive me. On the Internet, like if you are a “Friend” on Facebook, just don’t read my stuff anymore, and no, I’m not trying to utilize certain cuss words for the shock value.

I can hopefully write, fuck cunt piss shit, fuck again, asshole, motherfucker, hell and damnation. I have left out the other 5,897 well known profane or politically incorrect words or phrases in 15 different languages, like “Hillbilly”,  like penis, or like “Your mother sucks dick”.

I’m  sorry, please forgive me. I have already learned my lesson about having or not having a moral compass, as it pertains to my relationships with others on a face to face basis, or like on the phone with my daughter.

As far as my use of foul language in my writing style, turn the radio off so to speak, or turn to another channel, but please allow me the freedom to write what and how I like. Obviously, my writing is sometimes blunt or a little risqué, but it was never intended for children to read OR understand, so for the VERY few, I am sorry, forgive me (is that a Hell worthy sin?).

No, I’m not upset at YOU, however it did inspire my thoughts on the subject, so have a nice day! Peace! Abide……………..I have adopted the word “Abide” to mean the Golden Rule. If I have to explain to you what the Golden Rule is, you are in serious need of some Good Karma, and my time whatever it takes, to thoroughly explain it to you. Hahahahaha!

Oh, and I’ll think about washing my mouth out with soap, (not really, maybe it’s time for a White Russian).