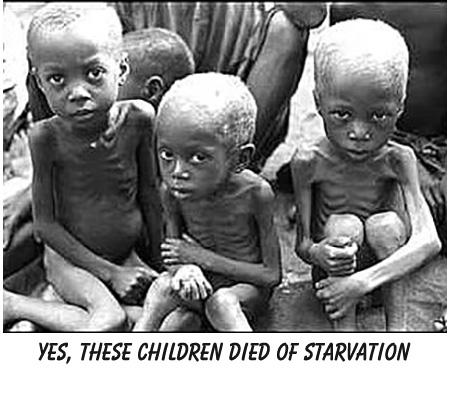 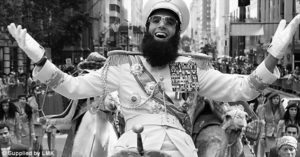 If all you have is bad karma, bad is going to get you one day, wither you are a junkie in the alley, or a fucked up evil dude like Gaddafi, Hitler, or  Saddam Hussein. Or Nixon? Or (insert name here).

Our species has evolved to this, just as throwing rocks, big wooden clubs, the spear, and bow & arrow evolved to nuclear weapons and firearms. As a species, that’s only been around on this planet for a blink of an eye, we will continue to evolve to it’s inevitable end or optimistic utopia.

Mankind is filled with idiots mostly, and always has been. We progressed (evolved) as a small percentage of the population, mostly dudes, kept inventing shit. The wheel, how to start a fire, on purpose. How to blow shit up.

The few Homo Sapiens with common sense can see what’s happening to our species, and what COULD happen if everyone had good karma towards each other. 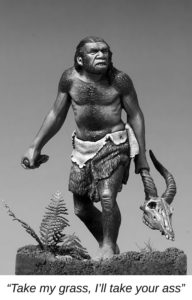 But the idiots are in complete control now, and that small, very small percentage of the human race that one may say are the philosophers, go unheard.

They aren’t here to invent something, they exist to tell mankind what is happening to our planet, and our species. Idiotocracy (new word, my invention) includes all the negative karma, like bigotry, hate, violence, etceteras, that invent nothing but evil. You might even have a PhD., and still be an IDIOT if you lack common sense, and you got a lot of bad karma going on.

If you live a life filled with good karma, and common sense, you will pass on to the next life with a satisfied mind and spirit. Throughout our history, there have ALWAYS been a few smart dudes, (with common sense), that had an idea, and ran with it, 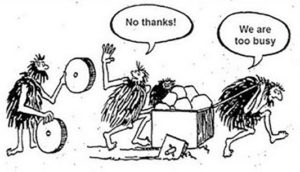 everything from inventing the wheel, or making a spearhead or arrowhead, hand-made out of flint for the first time, to the dude that came up with the vaccine for Polio, to the scientists responsible for the first “Atom Bomb”.

From the first dude that pointed at the Sun, and grunted, ” I know where the Sun goes, and why it keeps coming back again and again. Coming and going, coming and going”. 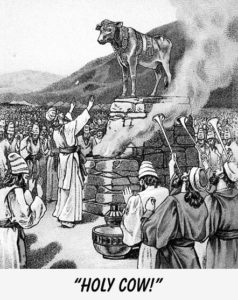 We have worshiped everything from the Sun, to golden statues of a calf, to a dude hanging on a cross and to everything else in between. The good dudes and dudettes taught simple things, like, be kind to one another. Love each other as thyself.

If you feel that you have to “Worship” someone or some thing, it’s OK, as long as there’s no hanky-panky going on. Soon as you get some bad karma going on, it establishes a place in your spirit, and you are fucked.

The one sure thing our species has learned from the beginning of time that has not evolved or changed, is Life, and Death. No one has figured out a way not to die. Can’t be accomplished in our lifetime, (LOL). 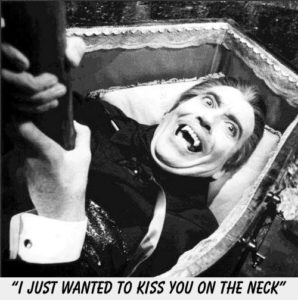 Wither it’s sudden. and you don’t feel it, or it’s a long dragged out dying process, for sure, when you’re dead, YOU ARE DEAD! AND YOU AIN’T COMING BACK. Kinda reminds me about an old story.

I contacted several literary agencies tonight. I’m in one of those “writing” zones tonight, and I love it. Thanks also to a great strain.

In closing, I have a few words to share that have absolutely NOTHING to do with this post tonight. 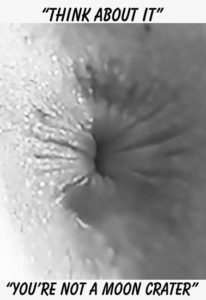 Next time you are having a difficult conversation with someone over religion or politics, hand them this business card.

My sphincter’s better than your sphincter. I would say that at least 99% of the time, when my sphincter pinches one off, when I go to wipe my Butt-Hole (anus), the toilet paper comes back clean. Happens so frequently, that I tend to only use, like three sheets of TP. Saving money for sure, plus it is invigorating to say the least, OK, satisfying, to take a crap like a normal human being again.

This has been happening ever since the wonderful surgeons at the Mayo Clinic hooked up my hibernating anus to my large intestine, which for three years had been dumping into a plastic bag hanging off of a large hole in my abdomen. Yes, I lived with an ostomy for a little over three years.

Besides the reversal, or take-down as they call it, they repaired my Peristomal Hernia which had grown to the size of a football. Not comfortable to say the least. Minus the hernia, plus minus some pre and post surgery weight of thirty pounds, I am extremely grateful and thankful for everyone at the Mayo Clinic who had a part in my transition back to normal. 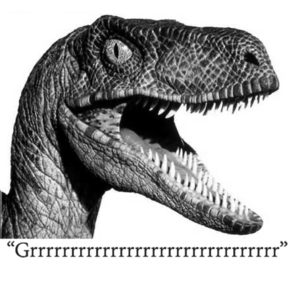 Oh yeah, about that 1% of the time that I actually find a little poop on those two or three little squares of toilet paper. It’s so rare, I sometimes feel like I can just pull my underwear back up, but I check just in case. That 1% of the time also includes the rare occasion when my anus uncontrollably pretends to be a Velocirapter. Like tonight, I checked. Whoops, little brown spot. 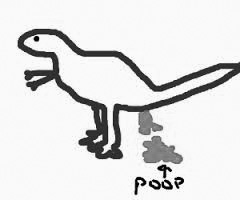