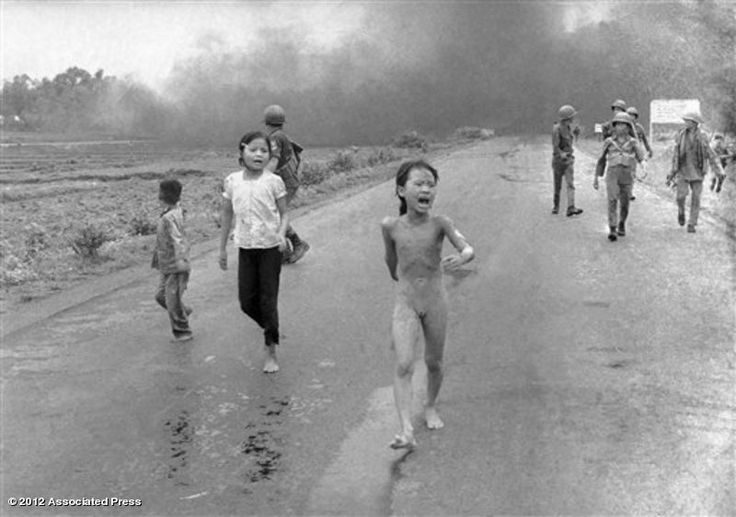 Another tragic ambush of law enforcement officers by a maniac. Gangsters killed each other, cops, and innocent civilians with “Tommyguns” fully-automatic Thompson machine guns 75-80 years ago, AKA, the “Street Sweeper”.

The federal government made it a crime a long time ago to own that particular weapon along with other automatic weapons like the BAR, (Browning Automatic Rifle). In their day, weapons such as these were designed for, 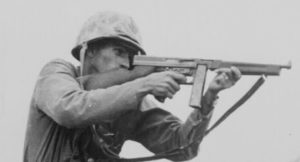 and used in war, i.e., used by soldiers during wartime. Who knows how many enemy soldiers were killed with automatic weapons.

Even today, it is against the law to possess a fully automatic weapon of any kind unless you have a special permit. Special permits for fully automatic weapons are issued in some states to specialized gun ranges. Like in Nevada, these ranges offer their clientele the “Thrill” of spending hundreds of dollars for the “Pleasure” of pulling the trigger on a fifty caliber machine gun, spitting out five hundred and fifty rounds a minute.

How absolutely insane is that? What can possibly be going through the minds of some of these people as they squeeze off a couple thousand dollars worth of lead? What is the average IQ of one of these brave people? Obviously, people who visit and read my blog on a regular basis know that I have pretty strong beliefs about firearms. 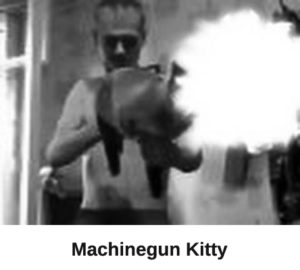 Let’s be clear, I am not against the ownership of firearms, you can design that AR-15 type weapon to look like a boom box or bunny rabbit, I really don’t care. What I am suggesting  is a Federal law against multiple round clips. Any device like a clip or drum that holds more than three rounds should be banned.

I also think that Samurai Swords  and Ninja stars should be allowed into the 2016 Republican National Convention. If you really believe that I believe that last sentence, you have made the Moron list.  Giving people the legality and ability to make use of a 30-round clip is as asinine as changing the paintballs in paintball guns to real bullets. Think about it.

Passing thought. Tell Hillary Clinton to stop bobbing her head when someone else is speaking. She bobbles her head way too much. Wish I could find a B & W version of this.

I again say, the Aliens from Planet Reesespiecesinmyunderwear are saying, “Fuck this shit! Let’s come back in ANOTHER thousand years”. Oh, yeah, and Psych Evaluations to own a semi-automatic bunny rabbit.

Silly Grandpa, sleeping in his chair during a wedding, wakes up and says, “Touch my penis, where’s my Girl Scout Cookies?”

For those of you that have enjoyed reading my posts and pages, and would like to make a small donation in support of my writing efforts and intentions, I have now set up a PayPal account for you to contribute $1 or so, or you can send some Cannabis, homemade Venison Jerky or Reese’s Peanut Butter Cups , your donation is 100% tax deductible. Thank you!