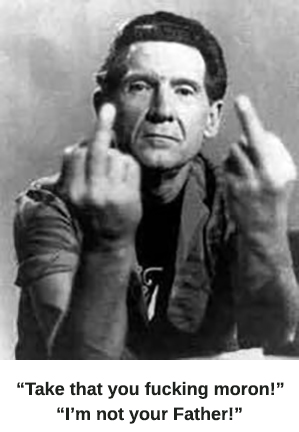 Here’s just a taste of the hour long string. Nine edits and a few images added to my post.

Heather Vidal Based upon the body positions of the victims, and the amount of blood surrounding their bodies, I don’t see the truck being “soaked” or “covered”. Just watch the cell phone videos. They aren’t hard to find. But don’t watch them if you’re sensitive to……gore

Tom Saxe (Posted a link to my blog, his response really wasn’t too nasty, wrong but not nasty)

Rick Carufel Don’t post your stupid shit here. this is a serious discussion.

Tom Saxe This is a group for writers, you moron, if I want to post something that I believe is a necessary part of the overall discussion, I have the same freedom as you had to post a really stupid question, like, where’s all the blood. What an idiot you are, but YOU still have the right to post your ridiculous question

Rick Carufel Tom Saxe It’s crap you’ve been spamming threads with all day. It has nothing to do with this thread or the other ones you’ve posted it in. And don’t call me names troll.

Ben S Reeder But this is a thread you started because of an article you’re writing. Talking about your article is ok, but other people sharing their work is spamming. Got it.

Laura Ellen Kearney I don’t know why anyone is resorting to name-calling or insults here; it’s good to question mainstream
Media as nothing is ever as it’s portrayed.

Tom Saxe It’s all part of a new Michael Jackson video……Oh crap, I forgot, he’s dead……Or was his death faked?

Rick Carufel His nose was fake. 🙂

Rick Carufel (Sorry Rick, had to use mine) 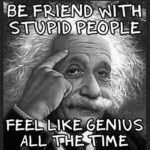 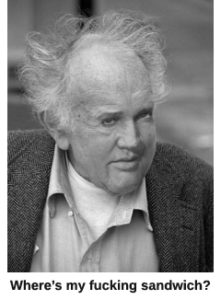 Rick Carufel A hunka, hunka burning love? not so much anymore. :

Tom Saxe Do you see where I am going with this? I made mine up, using a pic off the internet, and I added the words. I did all that in less than 1 minute, (great weed also) four point three, seven niner, two minutes ago now

Tom Saxe This is all going in my next post!

Tom Saxe This is for everyone can see this. Go back and read these back and forths. The fact that two people can call each other names and throw cat shit on them in the beginning, turns into, at least on my part, really enjoying why I respond to posts in the first place, AND how two people still can feel wise enough to enjoy the other person

Tom Saxe I’m a complete heterosexual by the way

Rick Carufel Me too. And I make many friends online by first butting heads. 🙂

Rick Carufel Check this out http://rickcarufel.deviantart.com/gallery/

Tom Saxe There is a link to my art (oil on canvas) on my blog site,tcsblog.net

Tom Saxe Rick started a FB post, good or bad, you decide, that inspired me to make up, i.e., enjoy, writing what is going to be my next post. Important when for me, it is very therapeutic if you can understand that I had a stroke last year, and creative writing is like medicine for me, thank you Rick Carufel

Rick Carufel Sounds like you aren’t a kid either. 🙂

Tom Saxe Rode that horse too long, and too hard, I fell, got my foot caught in the stirrup, and that horse dragged me round, and round till someone pulled out the plug

Tom Saxe It’s interesting to me, that we NOW are the only two talking, did everybody else go to bed? People can learn a life lesson right here on “Live” Facebook

Rick Carufel They all ran off for different reasons. Went to bed, could come up with a good answer why there was no blood on the truck, have short attention spans etc.

Rick Carufel Lived in Phoenix for two years, now in Southeast MN on the Mississippi.

Tom Saxe I have to tell you that you have really inspired me tonight. I think people can still get along even if they both think the other is still an idiot. And that’s the whole point of my story right here and now. I know a few secrets to happiness that I feel that I need to share. Patience, understanding, forgiveness, and common sense

Adrian Maitreya If they were going to fake it don’t you think they would have used fake blood Rick? Maybe the people went under t he lorry.

David Herbert Why is the complete front panel of the truck missing? That’s because they have taken it back to the shop and they are smearing some fake blood on it.

Rick Carufel Wrong it was never there.

Tom Saxe Haaaaa. Since you were the originator, you had the ability to cut everyone else off? Good one.

Tom Saxe And turn it back on

Rick Carufel Shoot me a friend request and a link to it. I’m going to bed, 2am here. 🙂

Tom Saxe Will do

Second title: “You’re a big shithead, and you can’t spell either, so there! Brilliant idea if I do say so Einstein, nice shooting, Sherlock!”

Totally silence from 20 people (faces) talking as they are REALLY not talking per se, but sitting at their individual computers typing in comments in an hour long string started by this one dude posting about the truck attack in Nice, France  today. Posting what I still think for me, was a stupid question to post in our group, the “Writers’ Group”.

After about an hour into the string, even though I still thought it was a stupid question in the first place, I began to recognize that my adversary really was not stupid, to the contrary, he was quite intelligent. You know you’re going to be right fifty percent of the time, especially if you are talking to a bunch of Republicans.

I also recognized how therapeutic and fulfilling this FB conversation was this particular evening, and how much of an inspiration Rick’s string was. Not the subject, the string itself. This was the first time that I had continued in a string of comments without break for so long.

At that point I suddenly realized that Rick and I were the only ones “Talking” with our fingers, and actually carrying on a two-way conversation with no interruptions. At first it almost felt like the other 12 people were “Watching” our conversation, but they weren’t. No one was commenting at all.  Just Rick and I. If they WE’RE still a part of the string, someone would be typing in a comment every now and then, like, “Did you smell that one?”.

If everyone else WAS “Watching” the string on their computer, they were completely awed by the conversation they were following or, they just weren’t there. My first guess is that since Rick was the “Owner” and originator  of the string, he had the option to turn the string “off” for everyone  else, and subsequently could turn the string back on for those other members to allow their comments to be seen again. Can that really be done?

Which lead me to the idea for the engineers at Facebook to design a system and write the computer code, and offer it as a 99 cent cost for the download of the software I will call FACETALK for people to actually not only have the ability to “Speak”, i.e., talk their verbal comments, with live streaming real time video, along with the voice recognition capability to type in what you just spoke as a comment.

Millions of people will purchase the 99 cent software knowing that Facebook was also throwing in a buck and a penny, 100% for charities. Imagine having the capability to not only carry on a conversation with 20 other people, you can see a live SKYPE type of image of each of them spread across your screen.

You can come and go as you please, but the only one in control or having the ability to carry on a single conversation with one person, or with two or more people is the FB post author. With either touch screen or by voice command, you could put the other 12 people on hold so to speak. They would hear an automated voice saying “Abraham Lincoln will be right back, stay tuned”.

On your computer screen or cell phone you would get the administrative message “Be right back” with the option of tapping the button that says, “Click on me if you automatically want to return to Abraham Lincoln’s string regarding “Bloody Marys” when he gets back.

This will be huge for Facebook. Just imagine the marriage between Facebook and something like “Go to meeting”. Instead of our nose buried in that cell phone application playing “Pork the York”, we could be carrying on a “Conversation” on “FACETALK” phone with other people.

The cell phone app would have some limitations compared to the PC application. If we can convert Facebook use, or have the option to, include live streaming of our voice and JUST our face, imagine the conversations we would have in our groups. The “Golden Petunia Belly Dancing Group” would enjoy their conversation about “Bloody Trucks” or whatever.

People would meet, listen, talk, teach, learn, cry, and laugh. And befriend more. More friendships equates to less violence. Just like my conversation with Rick tonight. We started off as adversaries, ended up with a friendship.  Think about it. We were fortunate in that we both had a good amount of intelligence, wisdom that comes with age, and common sense if we were so blessed.

There are still going to be people that want to yell and scream, and call each other names. Maybe even threaten. Try threatening me, asshole, it’s all recorded and I’ll just “unfriend” you, kick you out of a group, or leave a group if I have to get away from you that bad. My point is that people in general are good. I think as a society, we need as much help as we can get to reduce violence as a whole, maybe even completely.

If we have the ability to make new acquaintances and even friendships, we will evolve into a more peaceful species. Facebook could play a huge roll in that. Then the Martians will land. Truthfully, if I was an Alien, I wouldn’t want to come here until these people had eliminated violence and suffering.

Think about it. One Martian says to the other Martian, “These assholes are still killing each other, lets come back and take a look in another thousand years or so, let’s grab all the Dudes however, they seem pretty smart”. Ending thought. I’m going to pursue my “FACETALK” thing with Facebook.

The author of this blog, Dr. T. C. Saxe, DD (Doctor of Dudeism) eventually meets Dr. Susie Q. PhD (Shrink) on Facebook, younger sister of the late Dr. I. Q., and they get together and adopt 15 kids. Facebook pays Dr. Saxe 4 billion dollars for his FACETALK application.

2 thoughts on “It was all part of a new Michael Jackson video…….Oh crap, I forgot! He’s dead! Or did he just fake his death like Elvis?”