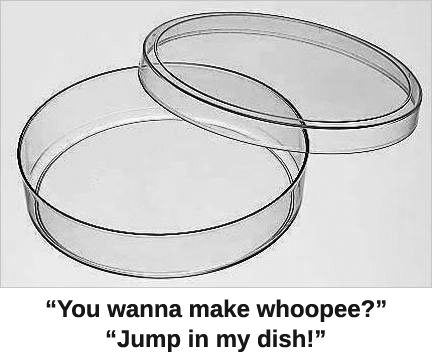 As a continuation of the previous post titled, “Overpopulation, can you spot Mickey Mouse?” You are a “Bad Guy”. You happen to have a rifle or firearm that happened to escape the Great Weapons Destruction Day, (which now is remembered every 4th of July). They send  a bullet-proof cyborg after your ass. Guess what? No trial, no prison sentence, that android is going to kill you with it’s bare mechanical hands and confiscate your ARG-90 semi-automatic walking stick. It’s not very long before the holdouts see the light (or cyborg) and the rest of the firearms are turned in and destroyed. 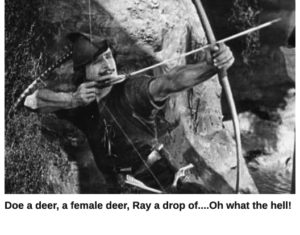 Even the so-called REAL hunters “Holding” turn in their deer rifles and such. They can still go deer hunting, with a spear or bow and arrow.

The only thing left of the firearm category are the two single-shot flintlock pistols, almost holy,  which are used in the government run game called the ”A-Maze-Ing” Match. Artificial insemination, it doesn’t mean that couples don’t have sex anymore, the sex is still as good as it can be. We even have a drug that allows you to control length (time) of orgasm. Want your orgasm to last for five minutes? Take one tablet. Ten minutes? Take a second tab. They warn against orgasms lasting more than 30 minutes.

Becoming pregnant is a rare privilege. Because of the previous burden of overpopulation, having a baby is considered a serious and wonderful gift. No longer are women popping babies out one after the other. Since women are in control of all government, they are also in total control of the reproductive process. If, when, and who has the pleasure of pregnancy, is decided by the governing body of women on the Population Council of WORLDGOV.

Violent crimes are rare, and because of that, police, and the need to “Protect and Serve” are relegated to very small “Cyborg”police departments,  that primarily deal with crimes of passion, pedophiles, republicans, and people holding on to outlawed firearms. Yes, we’re still human, and we are still going to have to deal with the fact that although evolved, we still require the rare intervention 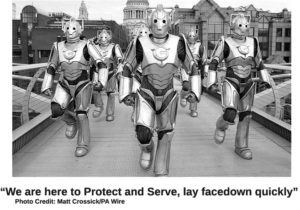 by our legal system. The government center of South California, Arrowhead City (formerly Lake Arrowhead), with a population of 673,000, has just 15 Cyborg officers and three regular humans on it’s “Police Force”.

Medicine has made giant leaps in every aspect. Cancer is just a word in our history books. The breakthrough came in year 2036, with the final death blow to Cancer coming in 2039. The average lifespan is now 125 years for men, and slightly higher at 128 for women. Defeating many illnesses over time has obviously also contributed to the general increase in population worldwide.

Approximately half of the world’s population was killed off during World War Three, which took place during the early morning hours of Sunday, July 4th, in the year 2098.  The former Russian Federation, The Asian Alliances (formerly China, Korea, and Japan), a vast portion of what used to be called the Middle East and the North Combine of African States  were vaporized in three hours. I’ll tell you in a while how we were able to do that.

The strikes by the United Americas  were swift and surgical in that while the targeted offensive and defensive weapons were quickly neutralized, much of the lands were left untouched, and still habitable. That is, after a ten year period of isolation and radiation decontamination.

The European Union (EU) joined the United Americas in forming the World Order government, i.e., WORLDGOV in 2099. Prior to WW3, the world population had risen to a point where something had to be done. People living longer, many diseases eliminated, no more deaths by wars and famines. There are eleven billion people just prior to the World War Three. That number was reduced to just over one billion, many of which chose to migrate to the empty lands after the ten-year decontamination and cleansing period.

Mankind has solved issues related to global warming, but not without real problems. Well, problems is putting it mildly. What was much of the continents shorelines have been swallowed up by the rising sea levels. Florida is barely a “remember when”. So is part of Mississippi, Alabama, the Carolina’s, Virginia, all the way up the East Coast.

A large portion of Manhattan has a three hundred foot sea-wall surrounding it, protecting mostly the 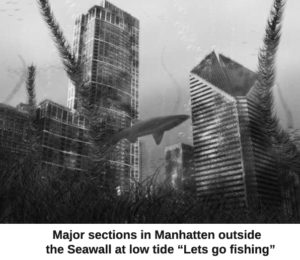 Central Park to Wall Street area from the ocean water. The Statue of Liberty, sixty-four feet under water, has become a favorite dive destination. The lowlands of the West Coast are also under water.

The parts of South California that survived the massive earthquake and tsunami of 2047 have their own sea-walls as well, mostly in the higher elevations. Lake Arrowhead has become the government center of South California. Amongst the surviving portions of North California, you will find a small portion of San Francisco, in and around the Telegraph Hill area, surrounded by a wall.

The San Francisco wall is pretty cool. In fact, it’s just like the wall that was built in Rio de Janeiro. Engineers figured out how to make the sea-wall out of very thick clear Plexiglas-like material. The same clear plastic used to construct the “Maze”. If you are near one of these sea-walls, it’s like a gigantic Seaworld aquarium, except the sea life, sharks and such, are on the outside looking in at you.

Twenty years or so after the total elimination of firearms, world-wide prison populations have been reduced by ninety percent. Most of the people still imprisoned are there for crimes of passion, rape, pedophilia or for being republican. Yes, there are still weirdo’s in the year 2116. Not as many obviously, as back in 2025 because we have come a long way in advanced genetics, i.e., the modifications of genes prior to impregnation.

Similar procedure to artificial insemination, except both the sperm and the woman’s egg are genetically modified and “Meet” in a Petri dish (named after Julius Richard Petri). 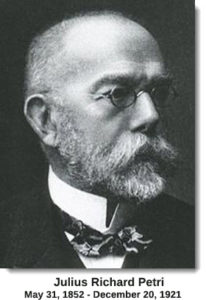 There are a few areas in the world, like in the Himalayas, where there are people having babies the old fashioned way, without the genetic modifications. That’s another whole story on it’s own. Imagine you are sitting on your patio looking east from Mt. Kanchenjunga. You don’t know it at the time, but the interesting flashes in the northeast to the southeast skies are WMD’s. The real stuff. Only seen in old movies about how World War Two ended.

You can’t see the mushroom clouds because you’re too far away, but the bright flashes seem like a fireworks show that people used to watch in the old days. 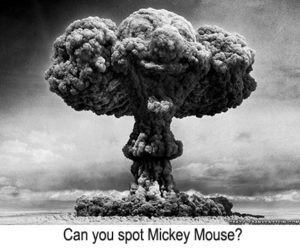 Some flashes of light seem closer and brighter than others. Some even seem to flash in slightly different colors. From your front yard looking towards the Northwest, the flashes are much dimmer because Moscow is much father away.

Your city is an international collection of people that fled the rising waters in the lowlands at some point many years ago, migrating to the highest places on earth. Anyway, you really don’t realize just how fortunate you are to be living beyond the reach of WORLDGOV authorities, and the three hour fireworks show you just enjoyed was World War Three.

Let’s go back thirty years. You’re the good guys, and you have managed to, over many years, to negotiate the bad guys out of their nuclear arsenals. What they didn’t realize is that you have managed to convince them that you disposed of YOUR weapons as well. Imagine Vladimir’s reaction as he watched the first mushroom cloud rise above Moscow. “OH, GOVNO!” (Oh Shit! in Russian).

So there are survivors. The good guys won, women took over. World population, crime and prison populations are dramatically reduced, along with natural old fashioned Pregnancies. Then an asteroid the size of Disneyland hit the earth and wiped out all forms of life.

Those of you that got this far, write and tell me what you think is the Elvis Sandwich