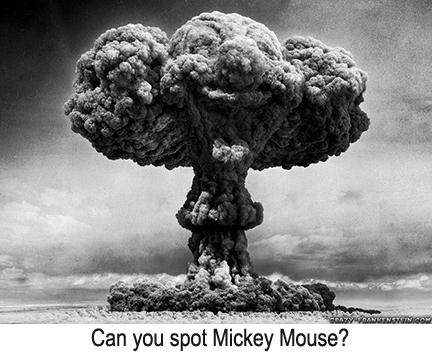 Starts out with scenes 100 years from now, of certain portions of the world deemed unlivable due to the war to end all wars. World War Three, named for the fact that it only lasted for three hours. The surprise nuclear attack by the United Americas (no longer just the United States) devastated much of China, Russia, and the Middle East. This was a huge factor in combating overpopulation of mankind. 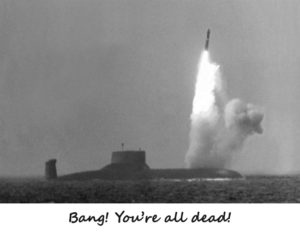 The person that pushed the red button? Her last name is Trump (great-great-great-grand daughter of the Donald) how bizarre is that? Yes, women are pretty much in control of things by the year 2116. Not so bizarre. Women choose mostly to artificially inseminate when their number is drawn, and men “Spank the Monkey” mostly for the money, if they are selected. The bar is set pretty high if you want to become a “Donor” with things like, intellect, health, physical attributes, etceteras.

Humans have learned how to feed more efficiently, with chemicalized food. No longer cooked, (eaten at room temperature) and no longer grown in the ground. Not pills. That’s too “Sci-Fi”. 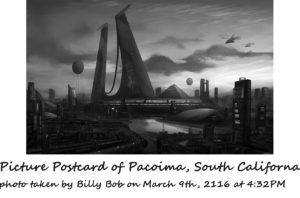 Future food will look real, taste real, but all food will have the same shitty feel as you bite down. In other words, that Filet Mignon you just ordered will have the same feel in your mouth as that Reese’s Peanut Butter cup. I could get used to the funky texture as long as my steak still tasted medium-rare. Thank God that we eventually learned how to replicate raspberries, and spices like garlic. Water rationing is a normal part of life.

So we have eliminated starvation and famines. One reason for the growth in the world’s population. People are no longer starving to death because we have learned how to manufacture our food quite quickly, and quite inexpensively. Mankind surely could get used to that I guess. 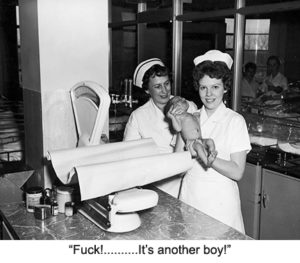 Since the whole world has adopted the “one child per couple” law, to help win the war on overpopulation, we all consider life as a very beautiful thing and treat each other kindly.

Which leads to the other reason the planet has become overpopulated. As we evolve and this kindness towards one another becomes the norm, humankind has finally eliminated war and conflict. No wars, no dying. I think one of the other causative factors in the extinction of war, was the eventual coming together as a people, with a one-world system of government. Oh yeah, and World War Three.

Just think. With no more wars, we no longer have the need for…….Let’s say it together, “Weapons of War”. Which means that we have evolved to the point, that weapons no longer exist, all except for the two flintlock pistols (single shot) 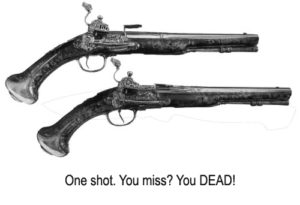 that are protected like the Holy Grail and used in the “A-MAZE-ING Fight” matches. That means no competing stadiums or arenas, because there are only 2 pistols in existence. It is the only WORLDGOV sanctioned “A-MAZE-ING Fight”, and it moves from city to city all across the globe every two years. Just like the World Olympics used to do many generations ago..

What inspired this post was a few things. The first was something that I heard on a newscast this afternoon. The dude being interviewed stated that (7) million people are born every month on planet Earth. I let that sentence rest for a few hours. Then I opened up my calculator App (you notice I didn’t say I grabbed my calculator, they don’t exist anymore.)  So anyway, I tap in the numbers and equations to get to these numbers. 233,333 births every day, 85 million every year. Through-out known history, every so many years, we have a major war or conflict that helps to reduce the rising world population. Wars and natural disasters are not fun. Perhaps we can come up with a spectator sport that would also help to keep our planet from becoming over-populated? Kill two birds with one stone. Create something that will help balance the increasing population, and give people something to bet on, and to satisfy their inborn lust for blood.

People have been fighting each other for sport ever since the beginning of time. 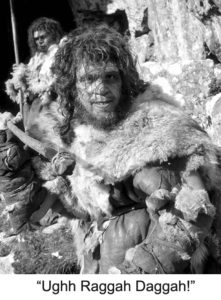 I’m sure that the combatants back in Cave Man days, each had their own sides cheering them on, “Ughh Raggah Daggah!” which translated means, “Kill that Asshole!”.

It’s interesting to see the evolution of boxing from bare-knuckle in the old days, to modern day boxing with gloves, back to bare-knuckle fighting in backyards, with home-made boxing rings, and amateur as well as professional Mixed Martial Arts matches on prime time TV and pay-per-view filling huge arenas.

Instead of a MMA cage, how about we put two dudes in a bulletproof thermo-plastic enclosed, lucid maze “box” the size of a football field. 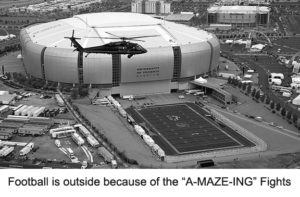 The walls and ceiling of the maze itself would be made of this clear, bulletproof thermoplastic, so the two competitors could see each other at all times. Hand each fighter a single-shot Revolutionary War type pistol, a baseball bat and a flyswatter. The dude that walks out of the other end of the glass box, alive, is the winner. You not only can fill the football stadium with paying spectators, the “Pay- Per-View” money would be huge.

I bet you will ask, “Who’s going to be brave enough to do that?” 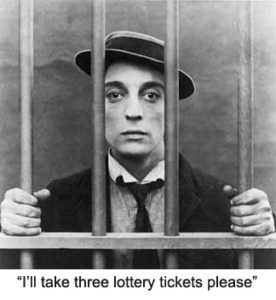 Convicts with sentences of 25 years or more. United Americas North certainly has the prison population to sustain thousands and thousands of matches. Tell them that not only are they going to be paid millions, they’re going to have their sentences reduced to time served, and their record expunged if they win. The murderers, rapists and pedophiles and republicans would not qualify for this sport.

Two things this will do. It will slowly reduce the prison population, and it will satisfy our bloodthirsty nature. When you think of it, you could televise these matches 24/7, 365 days a year. Have you ever heard the screaming during a MMA match? “Punch him. Kick his ass!” Kill that  Dude! Rip his head off!” Imagine the audience screaming, “Go left! No, Your other left!” as the spectators are trying to guide their fighter thru the plastic-walled maze. Lots of dead ends, and running into walls, “Go back you idiot and turn right this time!”.

Halfway through the match, the audience starts screaming, “Let loose the flies” as the 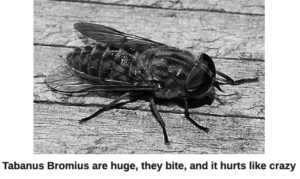 Fly Handlers start pumping millions of Horse Flies into the maze from both ends. The convicts, excuse me, “contestants”, know that they not only have to get close to each other, they have to make sure there’s no bulletproof sections of plastic between them when they shoot their pistol.

If one dude shoots and misses, it could be all over, unless the other dude misses as well. Then, what you have left, is two dudes with a baseball bat, a flyswatter, and empty pistols. If you shoot first and miss, and decide to try to run back to the beginning of the maze, that would be entertaining in itself. Imagine the dude banging into the almost invisible walls and swatting at the flies, as he’s trying to retreat. The audience yelling at him, “Don’t give up that way”, or,  ”Watch out for the ”flies”.

You see, this dude has two choices. Face his opponent and pray that he’s a lousy shot also, and hope that you do better with your bat than he does, and maybe live. 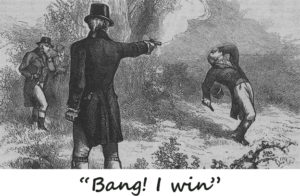 If you do live, but you chicken out and make it back to the beginning of the maze without getting shot, they catch you in a net and put you back in prison to serve out the rest of your “25 to life” sentence. There would be plenty of action, a chase scene, perhaps some romance, as the next two contestants have conspired to try to escape instead of play the game. One dude gets netted right from the start. The other contestant, the hero of the story, escapes and a pursuit by the authorities is on. 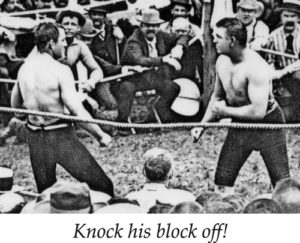 What got me thinking about the futuristic sport, i.e., my other inspiration, was a documentary that was on tonight called, appropriately, “Backyard Dawgs”. It’s worth watching, if just to get the gist of what I am saying. In a mostly black, impoverished suburb, men are fighting bare-knuckled, bloodying each other up, and literally knocking each other’s teeth out. One dude lost a gold tooth, and someone in the crowd found it and gave it back to him. Brutal. How far did that gold tooth fly?

So, do the math, use your calculator App. Average match lasts 45 minutes. Add 15 minutes for commercials. They are run 24/7 which is 24 matches a day (24 winners, 24 losers a day). Out of the 24 losers, 20 die by gunshot wound or baseball bat. That is a reduction of 7,300 people in the worlds population every year. It could work. Point of my story. Can we learn to NOT fight? Can we lose our appetite for violence and blood? Lets’ just see how we evolve. Will our innate hunger for violence and blood evolve in the wrong direction? Just how blood-thirsty do we want to get?

If it was me 100 years from now, I would prefer that we were less violent, but still enjoyed the “A-MAZE-ING” show. For the right reasons.  Reducing our prison population, keeping population growth manageable, and for the sport of it.