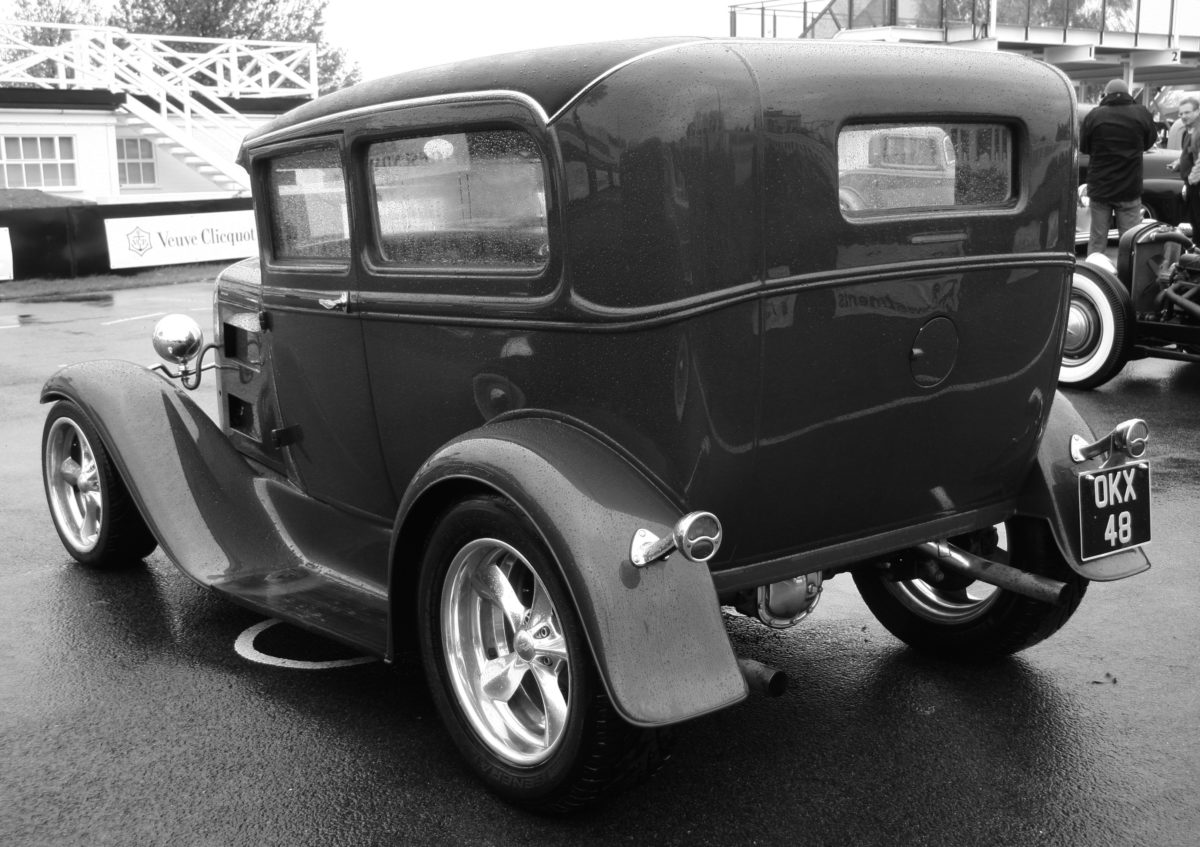 I was eleven when “we”, purchased “My First Car”. A 1931 Ford Tudor Sedan. It just so happened, one of my mothers closest friends, Miss Gustafson told my mom about the car one day. I used to call her Mrs. Gustafson when I was younger, until Mom told me that Mr. Gustafson and Miss Gustafson were brother and sister. Born and raised on their parents farm, neither one had ever been married. Irving, the brother, was about sixty-five, and his sister Irene, was a few years younger. Their farm was about a mile north of ours. Mr. Gustafson drove the tractor, Irene took care of the poultry, the garden, the house, milked the cows, helped shovel the cow shit, etceteras, etceteras, etceteras. Oh yeah, and “took care” of Mr. Gustafson, if you catch my drift.

Incest for sure, and for an eleven year old, not quite a sexual concept easily understood. How you ask, did you, at eleven years old, understand the concept of Mr. and Miss Gustafson, brother and sister, doing it doggie style? Well, at eleven, I really hadn’t discovered all the ”Ins” and “Outs” of sexual exploration. I did not have a hardbound copy of Kama Sutra, and I absolutely had no idea what doggie style was.

However, I had accidentally discovered masturbation one night just a year earlier. Second time I had one of those “Nocturnal Emissions” in my sleep, that I could remember. Magically, my hand took over as I transitioned into a twilight kinda sleep. It happened that second time when I spent a week with the Gustafson’s.  Mom was in the hospital having Mary, who died a week later, Ed was in a Nuthouse getting shock treatments, and little brother Johnnie was at Auntie Alice’s house. So, here it is, had to be midnight, and I’m just going from twilight sleep to fully awake, spanking the monkey for the first time, finishing quickly. As I wiped my right hand on the blanket, I can hear Irene and Irving thru the floorboards, (I was in the upstairs bedroom).

Moaning and Groaning, with the sound of the bed-springs, and the slapping of the headboard against the wall. It was similar to the sounds that mom and dad made at night, I just figured in a crude kind of way, that Irving was fucking Irene. So, about the car. It belonged to the Gustafson’s, originally purchased by Eli Gustafson, Irving and Irene’s father in 1931. Sitting in a shed for decades, this old ford was every boy’s dream come true. No front seat at all, not even the springs or frame. The backseat was barely there, no seat-back at all, and the seat cushion was just springs and frame. The engine needed some parts, and most of the windows were broken out. The body was in perfect condition, once we washed off the years of dirt, and various animal and bird droppings.

It had been neglected for many years, alone in that shed. Irving grew up driving Chevrolets and John Deere. I wondered why he didn’t like Fords. When Mom gave them the fifty dollars, I could see that there was a little bit of an emotional attachment between Irene, and her fathers car. Irving didn’t seem to care. Fifty bucks. No haggling. And for me, the greatest thing about the whole transaction? Mom bought this car on her own, without talking about it with Dad. She said she was buying that Ford just for me. I would have five years before I would be old enough to get my license. Plenty of time to grow up, plenty of time to work on the car, and turn it into a Hot Rod.  I was soooooo Jazzed. It was the end of winter when we bought it because I remember there was still a little bit of melting snow on the ground. Ed had it running in a couple of weeks, and away we would go, mostly on the weekends. With milk buckets for front seats, and a huge thick blanket draped over the rear seat, we would go cruising.

I never felt comfortable telling Mom what I had heard that night. Never felt comfortable! Didn’t have the guts to explain what I heard. In essence, to admit that I already knew about sex? “Yes Mom, my best friend Jerry and I sometimes look at his father’s girly magazines when his parents are gone, and I masturbate twice a day now”. Somehow, I knew that it would be horrible for my mother to find out the truth about the Gustafson’s. So I kept it “All”, a secret. After all, we all were good Lutherans, and Irene was one of mothers closest friends. As we pulled away, towing my car with some rope, I looked out the window and felt embarrassed for a moment from that night a year earlier, when I heard them fucking in the middle of the night. To this day, I still don’t understand the Gustafson’s  lifetime of incest, or secret consanguineous marriage.

Back to the car, it was so cool to putt around in that old car. Several times from spring thru summer, with Dad driving, we would pickup a few of my friends. My good friend Jerry came with us many times, actually more times than Billy, Bob, and Billy Bob, and any of the other kids that were fortunate enough to ride in my car. I was the Dude, the most popular kid around. Now it’s early September, school has started, and the most horrific thing happened. I was devastated, I cried for a week, kids teased me at school, and Jerry was no longer my best friend. I got in a few fights and “acted” out my frustration and anger in class. Ed sells my car to my best friend Jerry’s dad for a hundred dollars. Twice what Mom paid. I refused to go for a ride in “Jerry’s” car. Mom would say, “Jerry’s Mom called the other day”, “why don’t you ever go riding in the Ford with all the other kids”. “Mom, I just don’t care about that stupid car anymore”, I would say.

Right after he sold my car, Mom said that Ed sold my car for booze money, but listening to them as they argued about it, I just knew, that was not the case. I had thought that he sold it because it had such a positive impact on my life, and because Mom had not asked permission to buy it. I also thought that he made it a purpose to sell it to my best friend’s father. Years, later, I would understand the real reason why Ed sold my car.  I would find out that Jerry’s dad, Mr. Tillman, was on the church’s Cemetery Committee, and that our family had been given some choice real estate for our family plot. Our plot was only 10 feet from a water spigot. We had buried my sister Mary there the year before. Was my car part of the payback for the great burial plot? Yes, I’m sure that it was part of it. Was the church especially gracious and consoling to us when Mary died? Yes, for sure. Their was a lot of tears and emotion at Mary’s funeral. Did selling my car make any sense to me? Eventually.

No, I don’t think the car issue really contributed to my PTSD. My mother and my sister are buried in the family plot, and one year my kids went with me to Minnesota to sprinkle my brother John’s ashes over the graves. I do know that I dream sometimes of the Hot Rod I could’ve built. Jerry’s dad sold it that December to Dean Paisley, a twenty year old kid from Anoka. About ten years later, I would be reading a Hot Rod magazine, and come across a four page story on this amazing 1931 Ford. Totally customized with Tuck & Roll leather interior, blown Cadillac engine, and a super paint job. The title of the article, “Paisley’s Tempest II, from Barn to Perfection”.

Yes, that magazine article could have been about my car, shoot, it was my car. No, I didn’t go blind or grow hair on my palms, and there is some scientific evidence and medical research suggesting that in older men, masturbation reduces the risk of prostate cancer. Can’t be all that bad either when you are eleven years old. I am grateful that we had a nice plot for my mother and my sister.  Had I had a vote in the matter, I would have suggested that Ed be buried with my mother. But as it turned out, Fort Snelling Military Cemetery was the right place for him.