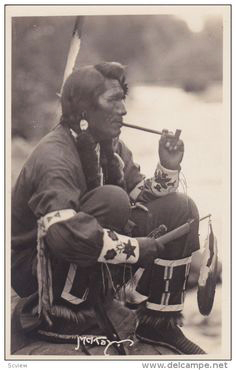 So, I was texting my son today, that I had finally received my Arizona Medical Marijuana Card in the mail. Texted him just as I was leaving the house to go to the “Pharmacy”. I typed in, “Whoopee, I got my card”…………After twelve days, these last few days have been like a kid waiting for Christmas. Came home, took my time.  Reviewed my first purchase of seventeen different varieties of Medical Cannabis, i.e., seventeen grams of “weed”. Some to treat Migraine pain, some for my mental condition, some for my Arthritis, and some just to get high.

Put a Dos XX in the freezer. Sat down on the couch, took my handy dandy little Grenco Science ”credit card” grinder and ground up a couple of buds. Filled up the ceramic chamber in my Grenco Science Elite Vaporizer, grabbed my beer, and turned it on, turned on my VAP that is. It took about thirty seconds to get to 400 Degrees Fahrenheit.

About fifteen minutes later, sent my first review of “Blue Cheese”, harvested February 12, 2016, to my son by text, kind of like a wine review.  I tapped, “A little fruity, a little nutty with a hint of oatmeal”, into my cell phone. Five minutes later, picked up my phone, “How about, tap-tap-tap-tap tap-tap-tap, “Zlmmywimmycrackledinkyzissboombah”.

I texted, “Tippywippyshnonkledoodlestickitupyourasshole”, with a hint of Oatmeal.

Seriously folks, the benefits medically far outweigh the negative and legal hype. Medically speaking, we are so past keeping this as a Schedule 1 drug. Along with Heroin, LSD, Ecstasy and others, Tetrahydrocannabinol (THC, marijuana) is still considered a Schedule 1 drug by the DEA, even though some U.S. states have legalized marijuana for personal, recreational use or for medical use. Cocaine, which is a much worse evil,  is listed as a Schedule II drug.

Ancient records show that humans were toking about the time of the 3rd millennium BC. Worldwide, 240 million people used cannabis last year, both for recreational purposes, and medically. Between the age of 15 and Old Fart, fifty percent of the U. S., population  have tried marijuana in 2015.

Mental condition? Do I have PTSD today? I don’t think so. Did I suffer from PTSD-like conditions when I was growing up? Yes, I’m sure of it. As I’m sitting here writing this, I can safely say that medical marijuana has helped me in so many ways that would be considered “positive”.  Physically, and Mentally! Check the facts on the medical use.  For me, it helps ease the pain from arthritis and migraines, and super-boosts my creative juices.

Makes me LAUGH, which eases my depression. Had they tried “grass” instead of the “Shock Therapy” on my stepfather, would it have changed his life, and subsequently, changed ours, for the better? Yes, I believe it. Oh, and just like alcohol, don’t toke and drive, never.