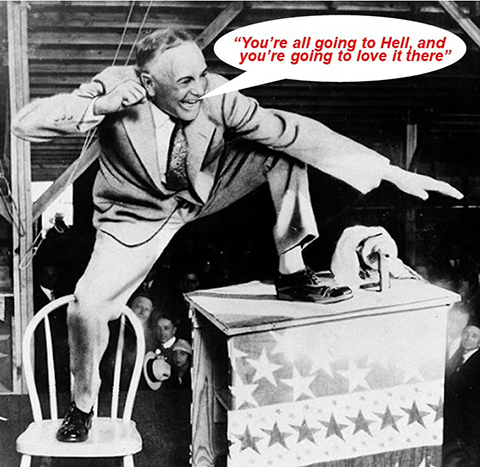 Foreword: To all my farcecrap friends (and others). Unless you have the adult version of ADHD, or some other mental affliction, read this entire “Sermon/Manifesto”. Thanks!

REACT AND RESPOND. We all “React” on social media with our loves, likes, anger, sad, etcetera buttons, and if we REALLY are moved by a thought, idea, or Meme, etcetera. we “Share” “Retweet”, etcetera, that thing that moved us to take action and “Respond”. BUT, and it’s a BIG BUT, it’s ALL like a “Single Fly, Farting in the Wind”, if we don’t take it a step further and REALLY RESPOND.

What do I mean by that? The same thing that I’ve been preaching on for several years now. Unless we ALL can ORGANIZE, bring all of our efforts TOGETHER under one umbrella/entity, world-wide, everything we do or say, is “Useless as Wings on a Penis”.

Sure, it DOES help to get the word out, in hopes of waking up the “Sheeple” to one cause or another, but the end result is still the same thing, lots of awakened people, and no organization at all.

There are hundreds, really, thousands of individual organizations that are doing great work individually to save the bees, plant some trees, feed the hungry, house the homeless, inform you of SOME truth, like the 9-11 Truth movement, or the apartheid treatment of the Palestinian people, you know, those various organizations ARE making a difference, for sure, in their own small way, BUT, and it’s another BIG BUT, there are only a few organizations/groups, looking at the overall picture, that are awake and concentrating their efforts on changing how the world is governed…..as opposed to what our species has evolved to, a species, and ultimately a world governed by a very small group of people, the group most of us who are awake call, the “Elite/Cabal”.

It’s great to awaken the masses, even if a vast majority already believe what you are preaching, as an example, that 9-11 was NOT caused by a bunch of radical Muslims. That the CIA, Mossad, Deep State, have their fingerprints all over this one. Even if you are amongst the millions that believe the later, it will never amount to anything positive because, the people at the top of the Pyramid of Power control EVERYTHING which includes the courts/legal system, main-stream media, etcetera.

What’s a little frustrating for me is when I post a really long essay on my usual subjects, and I realize that MAYBE, 10% of those that actually DO read what I post, have read every word. I admit that I do the same thing most of the time with posts by other like-minded individuals……I skim over each paragraph and hit a “Like” button or another button depending on the content in the “Post” (referring to farcecrap posts). I DO “Share” posts when it is important information, and when I have felt that the information needed to be shared.

For the “Awakened” individuals, groups and organizations, regardless of your “Cause”, it’s just not enough.

It’s like all of our efforts are like individual flies buzzing around separate piles of dog shit which is why I came up with the phrase, “Like a Single Fly, Farting in the Wind”, no one really hears us. For those friends of mine that DO share my posts, don’t stop, it’s still worth all of our efforts to get the truth out, we just need to take those truths to the next level.

Historically, all the bad shit that is happening in our world, and continues to happen, goes back much longer than most people realize, 150 years or so, when the bankers and the people at the top of the Pyramid first wrapped their bloody hands around our species and their idea of global management/control. That grip/hold evolved into what we see today.

All of mankind’s advances in every area of our lives has evolved. Medical, technical, political advances, etcetera, that in many cases, has morphed/evolved into one giant cluster-fuck. From single shot Flintlock Rifles, to “Weapons of Mass Destruction” as we call them, from blood-letting and attaching leeches to our bodies, to amazing discoveries and advances in medical care and technology like surgical methods and breakthroughs, and wonderful discoveries in how to treat and cure illnesses/diseases, stick a new heart in your chest, to now a real possibility that the elite/cabal has been using medical research in viruses to kill, cull the world’s population.

In every case where some advance has been made, some bad shit has also been developed, and the folks at the top of the food-chain? They’re laughing all the way to the bank. Good outcome? Money in the bank. Bad outcome? Money in the bank. When you look at our species with a historical and evolutionary view, it begins to make sense. Not good sense though, as this evolutionary process has had a handful of people at the top of the pile of shit gaining more and more control over THEIR perceived/planned goal/outcome.

“Common Sense”, “Evidence”, and “Justice” (or a justifiable conclusion). When you apply Common Sense, add it to, Evidence, you come to many justifiable conclusions about all the hot topics. From how wars are funded and who gained the most from the death and destruction that wars bring, to who really murdered JFK and why, to who really had the most to gain with the tragedy of 9-11 and twenty years of war, (think about the bullshit that’s been happening in the Middle East for the past sixty-plus years), to the world being turned upside down by a well-planned, and purposed health crisis, all of these can be looked at from a financial perspective. Who gains, and who suffers. Follow the money. 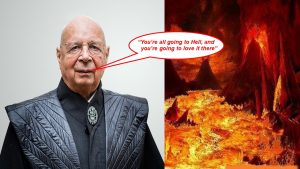 In ALL of these situations that have had a negative impact on our species and our planet, and some I haven’t mentioned, one only has to use “Common Sense” and look at the “Evidence” to see/discover the truth. It’s how we “React” that makes or will make, a difference, a “Justifiable Conclusion”. That difference being a positive one for our species, our planet, every living thing on our planet, and our future.

How do we, as a species, overcome what seems to be, insurmountable odds? ORGANIZATION! It’s not enough to be aware/awake, it’s not enough to stand on a rooftop, alone, screaming out the truth to deaf ears. The enemy is few in number. We CAN defeat the enemy, but we HAVE to ORGANIZE! Otherwise, mankind MIGHT be doomed.

It has nothing to do with what many believe are the “Signs of the Times”, the religious belief that an “Anti-Christ” will swoop down and lead us into the “Final Days”. It has nothing to do with the likelihood of some “Alien” invasion, or the possibility of some catastrophic event like an Asteroid wiping out our species. I truly believe that as a species, we will survive, and usher in a new age. From Pisces, “The Age of Religions and Wars”, into the Age of Aquarius, “The Age of Technology and Peace. Gee, and all we have to do is ORGANIZE. Fancy that! The early stages of “Technology”, like the “Industrial Age”, gave the elite/cabal their power, and ironically, the later stages of “Technology” is going to take them “Out behind the Barn” for the opening of a huge can of “Whoop Ass”.

Now, how do we do that? How do we ORGANIZE? It’s going to take some really innovative/revolutionary thoughts and action. AND, MONEY. No this is not a get-rich scheme on my part, at my age it doesn’t matter to me, but my own Common Sense tells me that we must battle the enemy using THEIR Modis Operandi, MONEY.

To organize on a world-wide scale that I’m talking about is going to require a LOT of money, common sense, and innovation. We already have some of the tools available to us, things like the Internet, the emerging financial technologies like “Crypto-Currencies”, etcetera, we just need to create a system, one entity that will bring everyone together.

Every time that I have preached this same sermon, I have said that someone like a Musk, Bezos, or someone like Mohammed bin Zayed al Nahyan  needs to get out his checkbook and fully get behind this idea of saving mankind and our planet. Can we start by at least talking about the how? Can we start by talking to all the organizations/groups that are like-minded? I think we can.

For those friends of mine on farcecrap that HAVE read this entire essay/sermon, and desire to actually DO something, contact me. Initially we can begin discussions and planning on a platform like Zoom, or some other similar platform. As some dude once said, “Let’s get-r done”. Don’t just “React”.

It’s your choice. You can just react and/or respond with a “Like” or whatever, OR, if you take this subject seriously like I do, REALLY respond, contact me, let’s actually DO something for a change!