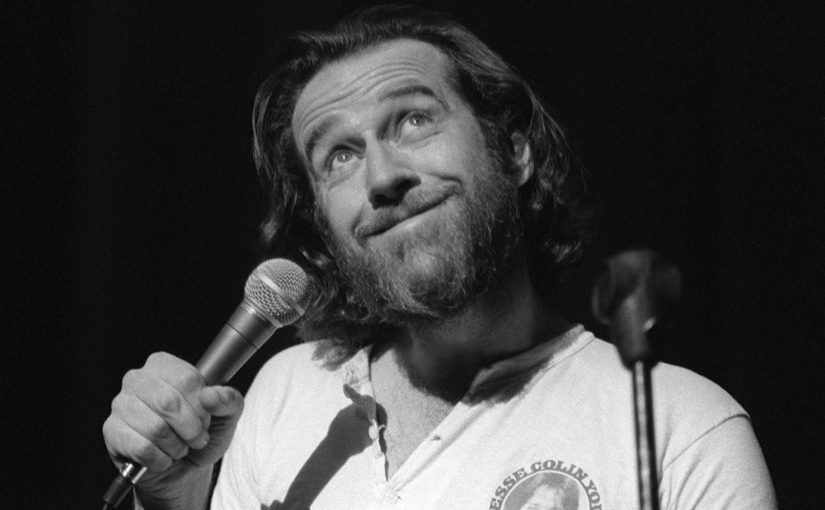 As an Intro for this essay, I thought this particular George Carlin routine would be appropriate:

This was my “Comment” yesterday on YouTube as my first gut reaction to the documentary, “Kiss The Ground” Moderated by Woody Harrelson,

I LOVED the film, a great message that the whole world needs to hear, BUT, after watching the film and then going back to the YouTube “Panel Discussion” to watch that, I was immediately compelled to write the following as a “Comment” there on the YouTube page, and I quote: “Great film! Can you take some of that regenerative food and the $$ and ship it to Yemen? People ARE dying of starvation there on a daily basis, and several other areas around the world (Google the word, FAMINE)”. If you are already involved in feeding those that are dying every day from starvation, my bad, forgive me for even suggesting that you and your husband Josh are not just as concerned about the thousands of people dying from starvation every day, as you are about saving the planet, one patch of dirt at a time I know, it’s logistically difficult perhaps impossible, to feed people in a country being relentlessly bombed on a daily basis. I’m happy for the “Rancher” that has turned his acreage into a profitable business. One last thought. I realize that reversing climate change is a major concern for you (and rightfully so), so please, don’t be offended by my comment or take my comment the wrong way. as it is not my intent to offend. Someone has to save the planet, right? So, I guess others will have to stop famines and death by starvation.

Here’s my essay as a result:

I know it’s dangerously difficult if not impossible, for ANY “Humanitarian” group to operate in war-torn places like Yemen where people are being insanely bombed on a daily basis AND also starving to death by the thousands (also on a daily basis), BUT, and it’s a BIG BUT, what if there could be a way for people who DO care, to form immediate connections and collaborations between the “Save the Planet by Regenerative Soil Farming” as demonstrated by the recent documentary “Kiss The Ground” and let’s say, people/organizations whose primary goal in life is to “Feed People and End Famines” in places like Yemen. Collaborations between ALL of the various groups and their “causes”. The “APP” is the answer (described later in this essay).

Of course, people who are dedicated and involved with environmental issues DO care about people who are dying as the result of famines, after all, starving to death IS because of the lack of FOOD, and they care just as much as people dedicated to solving racial and other inequality issues, or police brutality, or many of the others causes that plague us as human beings….in other words, THEY care about ending famines just as much as the people dedicated to ridding our planet of Nuclear Weapons do. We ALL CARE! About something, right?

Of course, there already are groups/organizations risking their lives (and/or the lives of others) to supply and distribute humanitarian aid in places like Yemen. It obviously would be much less dangerous and life-threatening if Saudi Arabia wasn’t bombing the shit out of Yemen right now, (with the full support of the USA Government). If there wasn’t any war activity going on right now in Yemen and other countries besieged by illegal wars, I’m sure the “Let’s Save the Planet via Regenerative Farming – Kiss The Ground” folks would be there in a hot minute teaching people to “Regenerate the Soil and Grow Crops” correctly, to “Save Our Planet”.

So, first things first, let’s work on stopping all wars. Easy to say, will be much harder to do (I digress). Imagine a system, an “APP”, that could be a source for REAL collaboration and thus positive change. All the various groups/organizations would still be able to maintain their own identity and “Causes”. The difference will be that the “APP”. the “Mother Of All Apps” or, “MOAA” for short, will provide an instantaneous method and source for collaboration AND, solving the problems/issues, whatever they may be.

While maintaining the various groups/organizations individuality and missions, there needs to be a single, unifying entity for real collaboration to work, for plenty of reasons, such as sharing the responsibility for seeking mutual funding/financial assistance, sharing information that would be useful across all of the missions/projects, and all other reasons that real collaboration makes sense. Example: Some group has a few hundred tons of “Food and Medicine”, and they want to help the starving people in another country (like Yemen), but do not have the ability to transport the food. They would post there offering on the “APP” and minutes later another group/organization with twenty cargo-type aircraft respond and ultimately transport the life-saving food and medicine.  In order to do this, a single, “Umbrella” organization can be established which ALL groups/organizations would be a part of, with links to their individual websites so that from one single platform, unlike the “Internet”, people can easily find sources that are particular to their needs. 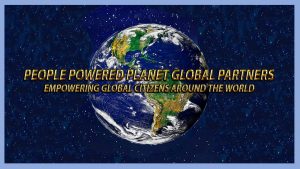 That “Umbrella” would be part of the MOAA and could be called, the “People Powered Planet Global Partnership” (PPPGP) set up as a not for profit Limited Liability Company, owned by all participating groups/organizations/people.

Not a company or corporation in the traditional sense, but a part of the MOAA platform to share and collaborate. When someone like Elon Musk writes a check to support the development of the MOAA, he will be writing the check to the “People Powered Planet Global Partnership”, not to an individual.

Maintaining all of the various causes and activities, and collaborating in a way that has never been done before. No longer like a “Single Fly, Farting in the Wind”, but a method/system to truly collaborate, and to accomplish all of our goals.

Anyone, after reading this that have an inspired desire to get involved in some way, please contact us. If someone like an Elon Musk is a close personal friend, and you believe in this project, please have him get in contact with us.

In conclusion. there are dozens and dozens of really worthwhile causes that folks are involved in, just like the “Kiss the Ground” folks, and additionally, for every good “Cause” there are literally hundreds of separate groups/organizations that are involved, and for all those groups/organizations there are thousands and thousands of people involved, trying to do their part in whatever their mission they are involved in. Separately, many DO make a small and positive difference. The majority do not make a difference. Imagine if everyone was truly collaborating. What I wrote about here today was an idea for how we can truly ORGANIZE, which will lead to true COLLABORATION. Join us.