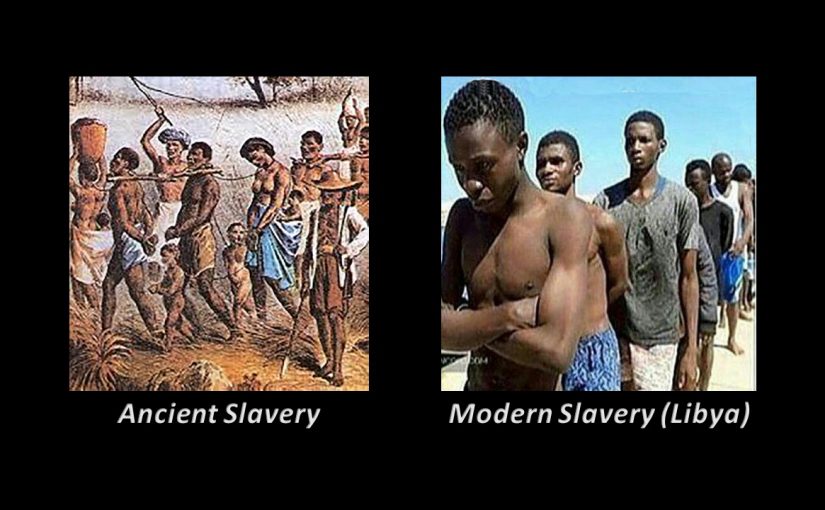 Since the very beginning of our species’ journey through our evolutionary process on this planet, wither you believe we were created by a supremely mysterious being (God), seeded here by beings from another galaxy, far, far away, or we are simply just a smudge in a giant Petri Dish, we have always looked upon our “differences” in a manner that could be construed as inherently and naturally, “Racist”. But that is not exactly a given.

When the various cultures and societies began to take shape, differences such as color of skin, shape and color of our eyes, languages, etcetera, were first looked upon with surprise or shock. Imagine the first time Neanderthals and Homo Sapiens happen to run into each other while chasing a Mastodon, as a result of one or the other doing a “Lewis & Clark”, exploring outside their normal boundaries.

First came the big “Surprise” as the two groups looked at each other. My guess is that it was the newer version of human that did the “exploring” and discovered the older version. Next came the “Dominance”, with the newer version, the explorers, having evolved with the invention of more sophisticated weapons, i.e., crude versions of “Spears and knives”” against “Sticks & Stones”. Guess who won THAT fight. Sophistication overcame brute strength, and the less sophisticated, the dudes throwing stones were eventually wiped out, while the lucky survivors of the lesser version of human, were guess what? Enslaved.

Following that trend in our evolutionary journey, that story continued to repeat itself. Separated by vast oceans and land mass, many different cultures/societies emerged. The Greek, Mayan, Incas, Egyptian, Oriental, what we call, Caucasians (Europeans), and others evolved. Some evolved slower, some evolved faster. Imagine if the Mayan, Egyptian, or some other ethnic group would have had the ability to travel to “Europe” as it is now called, and traveled there, let’s say, to what we now call “Ireland”, doing so with, at that time, superior weaponry. Guess who would have enslaved who.

As some cultures were becoming extinct, and Caucasians/Europeans began to advance from hunter/gatherer to become the domineering cultures, they began to travel across the vast oceans and land masses, and discovered new lands with “different”, less evolved versions of our species.

Many of these less sophisticated cultures/peoples were vastly different in appearance, with black or other colored skin, different facial structures, AND different belief structures, like the early “White European Christians” with their advanced weapons and brutal man-made religion, discovering a race of people with black skin and flared nostrils in what we call Africa.

No longer “Surprise” as an initial response, “Domination” was the name of the game. Guess who dominated who, and who became the “Enslaved”? That was the first “Racial” divide. Not really today’s modern version of racism, but a view of less superior versus superiority. The dominated and enslaved were viewed as property, i.e., animals, like cattle, to labor as such.

For sure the domineering more advanced cultures looked upon the lesser dominated cultures as no more than goats or cattle, able to pull a plow, work the fields. That was “Slavery” in its early stages. Still, no real racism. How can a “Knight in Shining Armor” be a “Racist” when all he is doing is directing his “Cattle/Slaves” to do his bidding. They were less than human to him because they had different colored skin, and muscular physiques.

For sure having dominion over a people that was “different” was wrong, but it WAS an integral part of our evolution as a species. The words “Racism” or “Racist” did not appear until slavery itself was acknowledged and abolished.

Although we still experience the existence of slavery in many parts of the world today, it is not “Racism” in the true sense of the word. It still is one culture or ethnic group dominating and enslaving another because the “Slave Masters” look upon slavery as an enterprise, a business, regardless of the differences in skin color. Different skin color, or different religious practices ARE a part of it, but today it’s mostly a business model and application of that dominance factor.

The modern-day Slave-Masters know that their slaves are human beings, they just don’t give a shit, as they look upon slavery as a business, and their slaves, although recognized as humans, is considered as property none the less.

Racism evolved AFTER freedom from slavery, especially in western cultures like in the USA. Since the early days of “Freedom” and the abolishment of slavery, racism has evolved along with everything else.

In the early stages of freedom from slavery, especially here in the United States, the former slaves and a few generations after, looked upon themselves as a people who indeed were grateful for their freedom, yet still living that newly given freedom as just a notch above slavery, as they worked the fields of cotton for meager pay, owing their “Employer” and the “Company Store” more than they earned, in effect, still slaves to their Slave Master.

The evolution of that freedom eventually saw the emerging opportunities for advanced education for the once enslaved, and through that, the escape from the “Cotton Field” plantation life to successful careers as doctors, lawyers, scientists, business owners, and every other career that once was available only to non-colored people.

Google Sarah Boone and what she invented, search for Garrett Morgan and his inventions, how can we forget George Washington Carver? These are just a few people of “Color” that invented items that are commonplace items today, and had slavery not been abolished, they certainly would not have had the educational opportunities nor would they have invented and patented their discoveries.

Today, thanks to “Freedom”, we even have a few billionaires who are people of color other than “White”. Sadly, racism and bigotry are just as prevalent today if not more……more than it was a hundred years ago.  Also, sadly, that racism and bigotry that originally emerged out of that early “Freedom” has evolved into a two-way unrelenting part of our culture. A segment in our society where “Whites” hate all non-whites, and “Blacks” who hate all non-black.

The dangerous facet of racism today is the rising two-sided militarism, with the white supremacist groups, most of which have been there all along, just deadlier with more sophistication, and the so-called “Black Militants”, much more sophisticated than the Black Panthers of the late 60’s.

How about some good news? “The Good, the Bad, and the Ugly”. Along with the evolution of the “Bad and the Ugly”, the “Good” has evolved as well. Thanks to evolving technologies related to how we communicate, such as on-line social networking platforms such as Facebook, Twitter, Instagram and others, a unique and unprecedented “Awakening” has been occurring for the past sixteen years or so., more so in the last six to seven years.

With the evolving sophistication of the various social-networking platforms, has come the ability for people to reach across the globe to even the remotest of locations. Along with the ability to communicate instantly with someone in a distant, previously unreachable land and culture, the unprecedented opportunity for people to gain real knowledge, and real truth has emerged.

Not only are we able to access and share Information about subjects that matter to us on a personal level, like how to give your neighbor’s Pitbull a vasectomy, but we are also sharing knowledge and truth of an extremely vital nature, information/warnings of that which can either doom our planet and species, OR save us.

Which brings me to my concluding thought. Personally, I don’t care about the color of your skin, the shape of your face, your sex, or any other attribute that may or may not instill a racist or bigoted attitude and response from other people. What I DO care about is what is in your heart. How you treat your fellow human being is what makes a difference in your life, and the lives of others that you come in contact with.

Regardless of your skin color, your religious beliefs, your political affiliation, the language you speak, or ANYTHING else that makes you, you, as a human being,  if you cannot say that you truly follow the “Golden Rule”, we need to communicate one-on-one, as I have a very strong, heart-felt desire to share my thoughts with you, experienced-based thoughts that I believe can make a positive change in your life, a wonderful change that in turn, will instill in you, a burning desire to share with others who also need to hear the message, “Do unto others, as you would have them do unto you”.

We CAN abolish racism and bigotry throughout our wonderful planet, and in doing so, we WILL eliminate WARS, as we eliminate the need for wars. Love and Optimism will prevail.