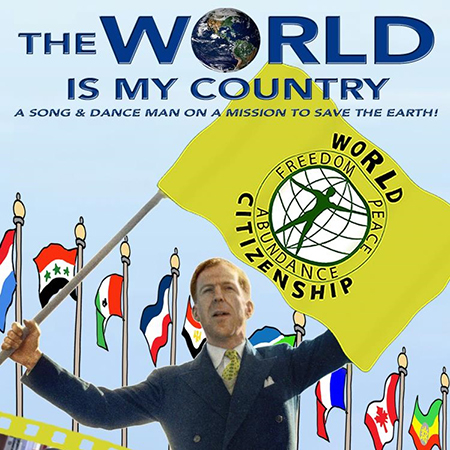 I am excited to present to you, this great documentary by Arthur Kanegis about Garry Davis, a man who participated in World War Two as part of a U. S. Army Air Corps Bomber Crew. Garry bravely barreled through enemy Flak to bomb Hitler’s factories at Peenemünde. But then he was ordered to bomb Brandenburg, a city full of civilians. Horrified at the Carnage, he asked “Why wasn’t I arrested for killing people in their homes, schools and factories?”

“If I did that in any country in the World, I’d be an arch Criminal.”  When he realized it was because there is no law outside of countries, he decided to make the whole world his country. He became the first official World Citizen. Martin Sheen introduces his story as ” a roadmap to a better future”.  Watch it and find out why.

I have provided the “link” here, so make some popcorn, grab some other snacks and your drink, and sit back and enjoy this amazing film.

After watching it, please take the time to fill out the brief survey which you will find the link to at the end of the film, and please share this wonderful film with your friends and family.

Thank you very much