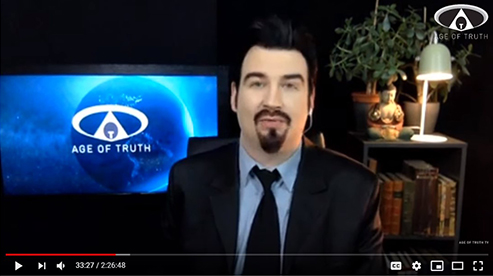 As I started watching this very interesting and informative video, about 30 some minutes into it, I was inspired to write the following as a “Comment” in the YouTube “Comment” section of the video, knowing full well that my “Comment” had absolutely NOTHING to do with the video itself, (although the dude’s looks, the strange “noise/alien voice/language” and a bong load got me started).

Lucas, by any remote chance are you from another planet? If so, can I go with you the next time you return to your home for R & R?  Once in a while in this broadcast (not all the time), when you speak, I’m hearing an additional sound, in sync with your voice, that sounds oddly similar to the Vrauducian language.  I AM a little stoned right now, which might account for my ability to hear your “real” voice every now and then. (extremely active Pineal Gland as well). Are you from the Planet Vrauducia? Just curious. P. S. The “Age of Truth” Logo is very similar to the Logo of Planet Vrauducia’s Interplanetary Expedition Force. 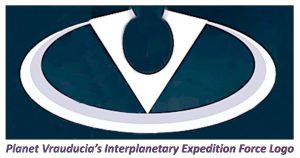 I highly recommend this video. It was well produced, and the Age Of Truth Narrator, Lucas Alexander did an excellent job in managing the round-table discussion. I decided NOT to write my typical lengthy review/essay that I normally write on movies and recent;y, on selected Joe Rogan Podcasts, as this round-table touched on many “Hot/Current” topics such as the virus, Adrenochrome, NWO, 5G, Cabal shit, etceteras. I did want to mention that it’s Flu or Virus “STRAIN” not “STRAND”.

P. S. Look at that Cover image I used. That’s NOT a robot. It is a live screen-shot of Luke Alexander, I kid you not. If you are even the least bit stoned when you watch this video, you might have the same reaction as I did, i.e., the “Comment” I wrote on YouTube.

Here’s the link to the video: