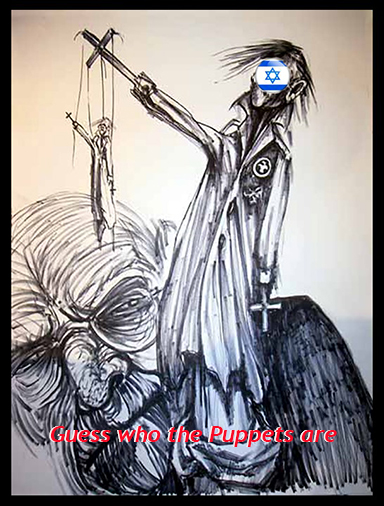 I begin this essay/article with one of my favorite lines from George Carlin, “It’s a Big Club, and you ain’t in it”. Search for George’s entire routine on YouTube, it’s great, you’ll love it.

Consider this. The world is like a big stage on Broadway with nothing but “Bad Actors” in the “Lead” roles.   The “Actors” are the major world leaders that are in the news every day, Putin, our POTUS (whomever that may be at any given moment in the past sixty years or so), as well as the leaders of European countries like Germany, France, etcetera, the British Royal Family, the Pope, etcetera. They are all “Bad Actors” on stage, dutifully following their lines in a script. They are told by the Elite/Cabal, “Hey, we will give you riches beyond your dreams, make you a Billionaire, but if you don’t follow the “Script”, our agenda, we will just JFK you, your choice”. Simple, and an effective way for the “Elite/Cabal” to control and “Direct” world leaders in their “Play”.

The “Rothschild/Elite Cabal” stole the “Theater” from mankind a long time ago, they continue to hire the actors for their illegitimate “Play” and they wrote that “Play” a very long time ago as well. The “Citizens” are the audience, sitting there in a “Theater” that they once owned, as they listen and watch the “Play”, the story, unfold. Some of us have come to realize that the “Play”, the story being told, is all bullshit. We recognize that the “Bad Actors” are just that, bad actors, in a really bad story that for most of the world’s population, seem to be an inevitable part of life, and there is nothing they can do about it. Some are so far removed from the truth, they may as well be like some homeless dude, sitting by the stage door in the alley with a tin-cup in his hand.

The “Play” is the endless wars for profit, the almost unbelievable pain and suffering that so many people face on a daily basis. The famines, the apartheid conditions that result in the murders of thousands of innocent men, women and children, the racism and bigotry, the lack of basic human rights in many parts of the world. It’s all part of the script.

The “Play” is the agenda and ultimate goal of world domination by the “Elite/Cabal”. An agenda that was written as the main theme in the “Play” over a century ago. Why are we continually at wars in the Middle East right now? Why have the writers of the “Play” included pitting religion against religion? Who has put those Trillions of dollars spent on wars and killing in their pockets, for the past 150 years or so? Look at it this way, nations spent those Trillions of dollars on wars, where the fuck do you think all that money went? That money didn’t just disappear into thin air, someone benefited from all the wars and suffering and laughed all the way to the bank. A bank they fucking own. It’s time to wake up if you have fallen asleep during the “Play”. Some of us are nudging you, “Hey! Wake the fuck up! This play sucks, let’s get the fuck out of here”.

It’s a really bad “Play” and there are some really bad “Actors” on stage. Some of the good actors have been and will continue to be, removed from the “Cast”, and the “Play”. They physically removed JFK from the “Stage” in 1963 because he knew the “Script”, AND the “Play”, sucked a big one. He tried to re-write the “Play” and his “Role”, and look where that got him.

Over the past fifty years or so, many other really wonderful “Actors” were taken out of the “Show” as well. Use your own research and judgement to figure out who those good “Actors” were. We have a few good actors with small roles in the “Play” right now. It will be interesting to see how long they remain as part of the “Cast”.

Are you tired of this shitty “Play” we all have been watching? Then do something about it. Don’t just sit there watching the “Play” till its end because it will continue on, with or without you in the “Audience”, and the “Ending” is not a good one for mankind.  If you are “Awake” now because sometime during the “Play” you were “nudged” and awakened, it’s not enough to “write” a review of the “Play” like we all have been doing for years, sharing on social media platforms just how really shitty this “Play” is. Leave the theater, convince others to leave the theater as well, and let’s shut this fucking “Play” down.

If enough of us walk out of the “Theater” and by so doing, also get together on the street corner, so to speak, we can ORGANIZE together, and take back the “Theater” because it, our planet, belongs to us, that “Theater” is our lives, our children’s lives, and the lives of generations to come.

If ANY of this has made any sense at all, and you, like myself, are ready to walk out of the “Theater” with me, and are ready to meet me on the street corner to PLAN how we are going to take our “Theater” back, get in touch with me, let’s start a dialogue. Let’s “Grass Roots” this and actually do something.

Postscript at 6:00 AM Tuesday morning, November 5th, 2019:  As I woke up this morning, right at that moment when I became fully awakened, I said to myself, “I slept well, slept all night. Great sleep”. Just as my mind said that, the instant flash of reality hit me as my next thought at that very moment was, “Someone’s home in Gaza was just blown to bits by a Zebraist bomb, and no one survived. THEY, DID NOT sleep well”. THAT folks, is what just happened in real life at that moment of my awakening. THAT is what is taking place on our “World Stage”. Let’s write a new script, and rid ourselves of all the “Puppet Masters”.