What IS “Controlled Opposition”? I found the following DEFINITION by James McClurg as I was googling and thought it would be OK to include this in my article.

The purposes of controlled opposition include:

The strategy of controlled opposition works best under circumstances in which the masses are gullible, credulous, lack critical thinking and are unable to connect the dots and see how the actions/inaction or manipulation of information from the controlled entity benefit the controlling entity. 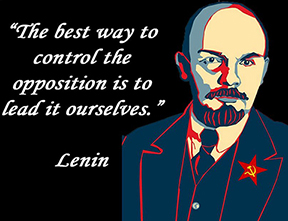 Can a person or group “Unknowingly” be a victim of “Controlled Opposition”?

What inspired this article tonight is earlier in the evening seeing a few things posted on farcecrap that alluded to the theory that Julian Assange and Wikileaks was a Rothschild-Controlled operation, that Julian was knowingly operating at the behest of the Rothschild/Elite/Cabal, or as I call it just “Elite/Cabal” just to shorten the name by ten letters and a forward/slash.

What I propose is that Julian was, and still is, sincere in his efforts, and has no fucking clue that his financial situation, his eventual rise in popularity and prestige and his rapid decline that’s occurring right now, is real, and beyond his control.  Among the folks that really hate and desire to eliminate the Elite/Cabal, we witnessed Julian’s rise, then his necessary and self-imposed escape from prosecution for several years leading up to present day, where now the general public don’t know if he’s going to live, or die in prison.

Think about it carefully for a minute. By the time he actually does die (if they do suicide him, which seems to be the popular thing to do these days), John Q Public will turn their backs on Julian, in fact what is happening right now as I write this, some of the “Alternative Media” is beginning to report on Julian in a negative way, citing his having been raised on a daily dose of LSD, and abused along with the rest of the children, (now adults), so the theorists think Julian was “Mind-Fucked” enough to knowingly be a tool for the Elite/Cabal. That simply is not the case if you really think it through like a Grand Master chess player planning 55 moves ahead in a Chess Match.

Conversation between three “Elite/Cabal” dudes one day while playing golf:

Elite/Cabal Dude 1: “I hear that Julio Massage kid is starting to report on some of our shit”,

Elite/Cabal Dude 2: “Baron old buddy, his name is Julian Assange, you know, that kid that was raised by that nutso in Australia, and yes, I think we need to have our people do a few things”,

Elite/Cabal Dude 1: “Oh yeah, that woman that was giving children LSD like it was candy, (sigh)….A woman to be admired even though she was bat-shit crazy”,

Elite/Cabal Dude 3: “Not as bat-shit crazy as we are” (laughing……all three dudes laughing),

Elite/Cabal Dude 3: “Yes, I agree. We can pump some cash through CITIZENS UNITED AGAINST THE ROTHSCHILD ELITE/CABAL, that was a clever name if I do say so myself”, (as the other two dudes “fist-bump” number 3),

Elite/Cabal Dude 2: “We have that nixxxr-run one NAACP under our control now, yes for sure let’s route several million through them. They have no idea we control them, hahahaha”, (all three are laughing again, apparently they are a little stoned, yes, even evil people love the ganja).

Elite/Cabal Dude 1: “Good. Let’s get instructions out to William for media”, (William is a “Capo” that manages the media functions and controls what message the Elite/Cabal wants the “Sheeple” to hear),

Note: The total control of the “Message” sometimes will be the deliberate use of CONTROLLED OPPOSITION, i.e., feed shit to two mushrooms (both sides) instead of just one. Simple. Think for a minute how confused you would be, let’s say, as a child being told by the mother that the father is evil, rapes little children all the time, has killed dozens of people, and drinks the blood of babies, and the father tells the little boy that his mother is an evil whore, that likes to fuck horses, and is planning to kill you before you turn six and drink your blood. THAT folks, is called “Mind Fucking”, and the general population of this planet has been getting “Mind Fucked” for well over sixty years. Think JFK assassination to start with.

Just what does the Elite Cabal have to gain by financing the rise and popularity of Julian Assange? Confusion, Contradiction, and then Conformity. Along the way, information that was certainly not in support of the Elite/Cabal at first, turned into a manageable situation by the use of CONTROLLED OPPOSITION.

The huge mistake the Elite/Cabal have made is that they had not foreseen the swift increase in the use of the Internet by millions of people, even the use of their creation “farcecrap”, to research and spread the real TRUTH.

Don’t for one second think that the folks at the top of the “Pyramid” are evil idiots. They are evil beyond imagination, but they’re NOT stupid by any means. The dudes at the very top of the food-chain are crafty motherfuckers. This shit has been going on for decades, evolving, passing from one generation to another, to even in some cases, a third generation.

The dumb ones are the masses of people that we call “Sheeple”. They have been getting “Mind-Fucked” for so long it’s a “Natural way of waking up, like Folgers in your cup”, i.e., “Sheeple will eat whatever grass the Shepherd leads them to”, (I used the words, “waking up” because that was the words in the song, NOT because the Sheeple actually WOKE UP to the truth, ever, well, some have).

This “evolution” has created this monster that seems like it can’t be killed, like some dragon. The fact is, in spite of their use of the technique called CONTROLLED OPPOSITION, it will be their downfall, but……..and it’s a big butt….Only if we “Awakened Ones” or whatever you want call yourselves, really ORGANIZE as I have preached for so long. I’m not the only person on this planet that knows that truth. There are millions of us that are so like-minded, it’s like we truly are brothers and sisters from different mothers, (now THAT would take some REALLY HUGE balls on a dude if we all had the same father, tongue in cheek here).

Since there are millions of us that think from the same brain, all we need to do first is really organize, together. If we don’t organize, our efforts doing research, sharing information that is eventually proven to be true, (like the use of explosives to bring down all three World Trade Center buildings in what we know we can now prove was a False-Flag operation), is all individual “Fly Farts”, and useless as Wings on a Penis.

Here’s a brief list of other examples of “Fly Farts”:

2) Writing my blog article which if I’m lucky, is read by a thousand people. Teeny-Tiny Fly Fart. My farcecrap friend Thomas Clay Jr., with a ka-jillion followers, bigger Fly Fart than mine, but still a Fly Fart.

3) 65 million people marching/protesting in 30 major cities around the world, simultaneously. Big Fly Fart, no damage or threat to the Elite/Cabal, and we, the protesters are the only ones that can smell it

4) everything in between. Fly Fart.

Why is everything just all these Fly Farts? Because unless we, (if organized like I’m envisioning), have full and absolute control over military and law enforcement factions and functions, we ARE as useless as Wings on a Penis. Even if a huge number of folks were to storm the White House without getting stomped on by the Gestapo, or worse, shot, it would be pointless if the POTUS is whisked out if there through the maze of tunnels

The Elite/Cabal right now have the control over law enforcement and the military, but I truly believe that we will take that control away from the Elite/Cabal. Simply because we already see so many veterans AND active military becoming “Awakened” to the truth, that War sucks a big one, and that it’s righteous and patriotic to be Anti-War and Anti-Military/Industrial Complex”. By the time that “Mother-Of-All-Protests” occurs, we will have the military fully committed to our cause and objectives. The “Law Enforcement” dudes? Since a fairly large percentage of THEM are veterans, many still suffering from PTSD by the way, (another one of my on-going concerns), they will fall right in step with OUR military forces, won’t they (notice I wrote the last two words as a statement, not as a question. I almost thought of writing, “Goose-Step’, but that would be just too funny for my intended audience/readers).

So, getting back to Julian Assange. I believe that the Elite/Cabal had a direct role in financing Julian’s rise, without him realizing it, and that the same Elite/Cabal has now put out a “Contract” for his life, and the demise of Wikileaks. Personally, I want Julian to live, not die in prison, and for Wikileaks to grow stronger and become a part of our ORGANIZATION in the near future because as I said, even his efforts, although informing a huge number of people of all the ins and outs, and ups and downs, about many things like shit on the DNC was all well and good, his efforts were in vain, all of his efforts. In vain if we don’t or can’t do anything about it and everything else that people like him have done.

So, unlike many articles I see out there, some like myself giving the same message to ORGANIZE, but most articles just describing the multitudes of shit that has contributed to the CANCER, like Hunger/Famines, Apartheid Treatment of other human beings, Weather Engineering, Financial Inequality, wither Epstein is dead or not, and maybe 50 other issues just as or less important, or more important……but not prescribing a CURE, is “Useless as Wings on a Penis”. I am sharing what I think is a beginning for the discovery of the CURE. Like a bio-chemist in a laboratory, I feel like there are tens of millions of us that have looked at the total CANCER and we know what we must do to remove the CANCER take back our planet and heal our species. ORGANIZATION, PLANNING, and EXECUTING THE PLAN.

What more can I say?

1) We need a secure, encrypted, and dedicated platform, AWAY from farcecrap and all other current social media platforms. In order to achieve/acquire that, we will need some very proficient Professional Website Developers, Code Writers.

2) We need membership with every skill-set known to mankind. We need members with professional and successful skills at Fund-Raising. One really wealthy dude or dudette, a billionaire, will be a good start. Call your father, grandfather, uncle, aunt, mother, sister, whomever you are related to that you know you can get a few hundred million dollars from, to start with. We need Attorneys trained in Corporate and Non-Profit Law. We need Real-Estate Professionals/Owners, because we will be creating “Brick & Mortar” locations throughout the world as part of our “ORGANIZING”. We will be needing Bodyguards, besides all of us actually watching each other’s “Six”. I’m sure if I sat here long enough, I could name several more key skill-sets that are required.