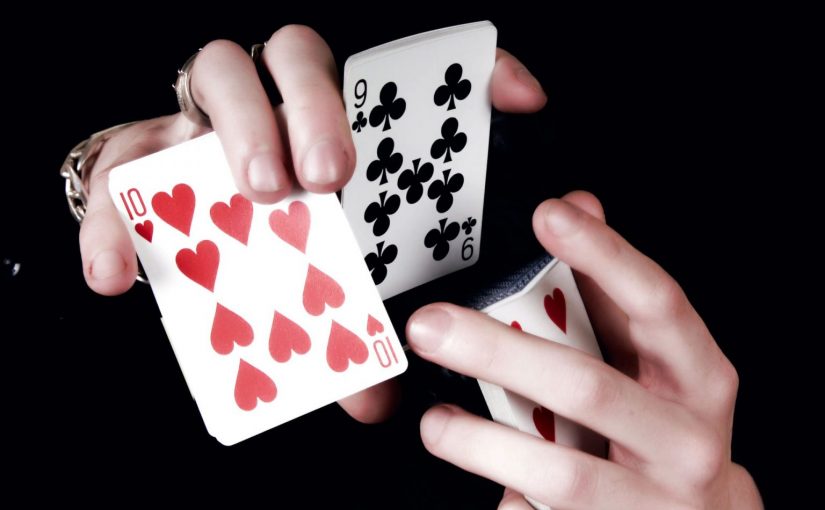 First, let me be clear here, I am NOT politically inclined towards ANY mainstream party, although I would support Jesse Ventura as a “Write-In” candidate. Our political system was bought and paid for at least beginning with the murder of JFK, possibly before during Eisenhower’s presidency, (he DID warn us).

Here’s a few alternative and radical thoughts. What if Trump really isn’t crazy after all? What if he is being “Sly as a Fox?” What if everything he’s done so far, and said so far, is like a magician’s “Sleight of Hand”, a very sophisticated series of “Card Tricks” to fool the Elite/Cabal?

Let’s begin with his constant, daily battle with the media. He is constantly referring to the Main Stream Media, as “Fake News”. John Q. Public thinks that when he says it publicly or tweets it, that he is just a narcissistic asshole, reacting to the negative reactions and comments, i.e., what the MSM is saying about him, his policy actions, and his public policy statements.

In fact, much of the so-called “Awakened” folks already KNOW that the MSM has been spitting out lies, mis-directions, and purposely generating the narratives and “Controlled Opposition” that the Elite/Cabal wants us all to hear. And they have been doing so for decades. If Trump IS being a magician, he MAY be trying to condition those sheeple who are NOT awakened, to actually wake up, and at the same time, game the Elite/Cabal with his “Card Tricks”.

If he IS Sly like a Fox, then he is also smart enough to know that in order to “Out-Fox” the “Fox Hunters” (the Elite/Cabal), he has to do a little mis-directing of his own because IF he IS using “Sleight of Hand Card Tricks” in order to fool the Elite/Cabal, he’s doing it so he doesn’t end up like JFK. If he is nothing more than a “Village Idiot” being used by the Elite/Cabal just like every other President in the past 75 to 100 years, then we will soon find that out also.

If Trump really is the “Village Idiot” that everyone thinks he is, then once the Elite/Cabal are finished using him, they will continue on with the next “Village Idiot” that they select. Is it possible that Trump just might be playing the “Game” but making an honest attempt at fooling the Elite/Cabal in order to bring them down? If that’s true, that MAY be why they are trying so hard now to get rid of him. Back in the early 1960’s, no one had heard of the term “Deep State”, “Elite/Cabal” or anything closely related to what we now know today as the “Central Banking System” and the Rothschild/Rockefeller/Elite-Cabal connections.

We did have an early warning however, that most folks ignored, when Eisenhower gave his farewell speech telling the American Public to beware of the Military/Industrial Complex. JFK took it one step further when he spoke of the secret societies etcetera, and threatened to shut down the CIA, the Federal Reserve, and Israel’s illicit development of Nuclear Weapons. They killed him for that.

So, my point is, IF Trump is “Playing the Players” with his own set of card tricks, the reason why the Elite/Cabal is trying so hard right now to bring him down is because they have figured out from day one that he was/is a renegade, determined to bring them down. “It is easier to fool someone, then it is to convince them that they have been fooled”. So, if this is true, that they know they are being “Gamed” by Trump, and they fail in removing him from office legally, they may do a JFK on him.

If he really IS just a “Village Idiot / Puppet” he will either win a second term because he’s still useful to the Elite/Cabal, or they’ll go on to the next “Puppet” they select for the highest political/government position on the planet.

As I have said in previous articles, the world is like a big “Stage” on Broadway. The citizens of the world are the “Audience”, watching a bunch of “Puppets” being manipulated by the “Puppet Masters”

We are considered to be “Cattle” by the Zebraists. They consider us to be less than human if our bloodline doesn’t include Abraham. The Elite/Cabal will be perfectly happy as long as we work, pay taxes, borrow their money, i.e., go into life-long debt, have children (more cattle) to continue the never-ending cycle of servitude to the “Masters”. I believe we can break that cycle.

Trump versus the U. S. Military. We have seen some head-butting going on. Trump does not have full control of the dudes running the shit-show at the Pentagon. The “Brass” is still being controlled by the Elite/Cabal via the “Industrial” portion of the Military/Industrial Complex. Most of the dudes with “Scrambled Egg” on their hats, obviously career soldiers, LOVE WAR, that’s what they do for a living as ‘Soldiers” spreading demon-ocracy around the world. Plus, most of them know, many of them are promised, very lucrative positions in the weapons manufacturing segments in industry, like CEO level positions when they retire from their military careers. The war-mongering doesn’t stop when they take off their military uniforms and put on a three-piece suit. Follow the money. These assholes fill their bank accounts on the blood of the soldiers they once commanded, and on the blood of all the innocent victims of their insane wars.

The “Puppet Masters” use every source they have at their disposal like the MSM, political actions, military actions, and intelligence agencies, sometimes with “Controlled Opposition” in manipulating, and controlling the minds/thoughts, actions/reactions of the masses.

Controlled Opposition, this MIGHT be what Trump is trying to do as well, if he IS a Master of Card Tricks, or, he really is just one big dumb, narcissistic asshole. Time will tell.

Watch China and Russia closely, especially China. The jury is still out on Putin. It’s only my observation that makes me think that he’s a really smart dude. He’s been at his game a very long time, for sure crafty like a Fox. He’s playing his own game with his own deck of cards, in that the Elite/Cabal may think they control him, but they don’t. Watch what he’s been doing in the Middle East, and watch what he does in the future. China is China, they will do what they have been doing, increasing their wealth and position as a world power.

When the Grand Old Opera is finishing and the Fat Lady starts singing, either the Sheeple will remain Sheeple, and the “Enlightened” folk will give up and everyone will remain slaves to the system, or we will have removed the Puppet Masters from the stage and the world will enter into a new age of Peace, Prosperity, and Freedom never before experienced by the human species. I want to believe in the latter.

REALIZE, ORGANIZE, PLAN, EXECUTE THE PLAN. The key word here is ORGANIZE. We already have discovered and realize what all the issues/problems are, just look at the millions of folks that post all the YADDA YADDA YADDA and BLA BLA BLA on farcecrap, twitter, and other social networking platforms. Have all our posts solved or resolved ANYTHING? NO, not really.