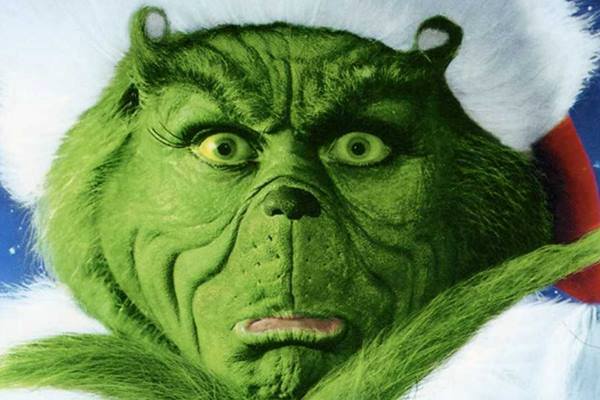 It’s my guess, that Frump is not going to go quietly and resign like Nixon did. Even if by the off-chance that the Senate does vote against him, Frump will probably have to be physically removed from the White House. If so, a majority of Americans both Repugnantcans and Demorats and apolitical folks like myself, will cheer, lift a beer (light up our bongs), and laugh as a pissing-in-his-diaper, sobbing Frump is hauled away by the Secret Service and FBI under orders from Pence (Grinch). But wait! There’s more to go in this saga.

The majority of us know that our political system has been corrupt, i.e., “Rotten to the Core”, for many years on both sides. In fact, the Repugnantcans and Demorats have been puppets and are on the same side of the stage (many with dual-citizenship with Israe-Hell, which should be against the law).

We, the American people (and the rest of the world) are the ones who have been in the “Audience” watching this shit-show. Many Americans have been lulled by MSM into watching this shit-show for decades, many more of us have actually been sounding the alarms (“Hey, the theater’s on fire”), and trying to make positive changes to the corrupt system. Note: Voting is part of the shit-show folks, at the national level, leaders are selected, not elected.

Pence, (Grinch), is just another puppet of corruption, greed, and self-induced insanity, and he’s been quietly hovering like a hungry Vulture, waiting to chomp down on the carcass left behind. Grinch is worse than Frump if you can imagine. As an Evangelical Christian Zionist, his goal is to further tear down our Republic because, in his distorted view, number one, there is no separation between church and state (in his mind). Number two, Grinch and all the rest of his nut-case followers really believe that their mission in life is to support the Zebraist Apartheid Regime Israe-Hell in order to hasten the return of their “Jesus”.

If we can believe that Frump’s motives were 75% related to his own narcissistic financial goals, and 25% was performing like a good puppet for the Zebraists, watch and wait, wait and see, what the Grinch’s motives are, 85% in support of the Zebraists, and maybe, 15% personal gain.

Under Grinch, the wars/conflicts will not only continue but will escalate dramatically. I will not be surprised if the Grinch (and American youth) go to war, full-scale war, with Iran. Watch for the “False-Flags” that will escalate in the Middle East beginning with Iran if he remains in power long enough. That is what dudes like Grinch want, a war, a “Mother of all Wars” that leads to their bat-shit “Let’s bring Jesus back” idea of Armageddon.

Once Iran begins to kick the shit out of Israe-Hell, (because there WILL BE several fronts in the war, not just on Iranian soil), this desperately desired Armageddon will commence with Israe-Hell using their “Samson Option”, full-scale Nuclear War against Iran, Syria, and other countries, a true Armageddon  that potentially will wipe out 80% to 90% of the Earth’s population.

Of course, other Nuke-equipped countries will quickly be involved in this Armageddon as well, like China, Russia, France, India, Pakistan, the United Kingdom, etcetera. The entire Middle East will become a desolate waste-land. So much for the oil, countries like Saudi Arabia, Iraq, Palestine, etcetera, will be turned to radioactive, bloody dust. Much of Europe will also become life-less wasteland. Much of the United States will also be destroyed. Much of the heavily populated areas of China, Russia, Asia….much of the planet will be wiped clean, like wiping an accidental turd off the toilet seat.

And guess what folks, Jesus is not coming back to save you. That folk-lore will be forgotten over time. I believe that what is left of the human race, 10% maybe, will be a better people, a much better species, with love, respect, and dignity for all.

I know the story sounds terribly pessimistic, but it is what it is, and the ending is very optimistic in my opinion. I won’t be around to see this story unfold on our World-Wide Stage of Puppets, but I would like to think that thirty years from now, my Grandson will be reading this article thinking, “You know, my Grandpa was right, too bad more people didn’t listen to him”.

90% of your donations (except for the Reese’s Peanut Butter Cups and the Home-Made Venison Jerky) will go directly to verifiable sources that provide humanitarian aid around the world beginning with those legitimate groups that give aid to Palestine and the Palestinian people. Other immediate areas and causes that will receive financial support from ITAD-NAO will be legitimate groups that aid the people of Yemen, and other known areas around the world that are in crisis. In addition, ITAD-NAO will also contribute directly and indirectly to the needs right here in the good ole’ USA, like helping the Homeless, and the poorest of the poor achieve better stations in life.

The remaining 10% will be used to maintain the ITAD-NAO Website once it is programmed and fully operational. In its final configuration it will be ENCRYPTED with an encrypted “Communication Suite” for Email, Texting and Video-Chatting. A significant part of the “Communications Suite” will be the ability to include 10 to 15 “Practitioners” (not Parishioners) in Conferencing in groups, and perhaps large convention-type assemblies via closed-circuit TV and the website portal. This is the #1 priority for ITAD-NAO.

If any attorneys happen to read this, we do need your assistance to help with all the legal aspects that we need help with.

If you happen to be a Millionaire or Billionaire and you feel inspired to help us financially, please contact us at your earliest convenience for an in-depth discussion on how we feel our organization can help change our world and it’s people in a very significant and positive way.

If you happen to be a regular visitor to this website and you not only enjoy my writing but you are also “Like-Minded” with my concerns and my efforts, please “Click” on the PayPal “Donate” button below. It will take you to the ITAD-NAO PayPal donation form. One dollar, or 25 thousand dollars will be equally appreciated, AND used for ITAD-NAO project, and like was previously mentioned, your donation is 100% Tax-Deductible. (The Reese’s Peanut Butter Cups and the Home-made Venison Jerky will be eaten by the ITAD-NAO staff).

Thank you one and all,