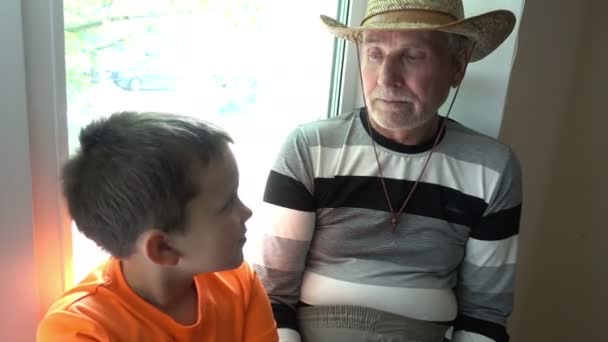 Let’s look at the honest truth. The facts are this. Zebrael, (new word for the current apartheid regime), has occupied Palestine since the United Nations declaration of recognition in 1948, a realization of the illegal “gift” of Great Britain to the Zebraists in 1917 with the Balfour Agreement.

Zebraism kidnapped Judaism a very long time ago. The true, faithful, believers and followers of the Judaic faith were charmed into believing that the Zebraists held the answers to centuries of indignation, rejection and persecution of their faith and its believers.

The fact is, the majority of the Zebraists were Eastern Europeans and not of the so-called “Tribe of Israel”. Despite their lack of heritage, the Zebraists just by the sheer numbers, had control of the Jewish heritage and grew in popularity amongst all the Jewish people. Except, for the indigenous Jewish people that DID have a true heritage in Palestine, which was a heritage of centuries.

As the influence of the Zebraists grew, since the late 1800’s, one can actually trace the historical rise in power and influence, aided by the dudes at the so-called top of the pyramid, the “Elite”, what Jesus today would call the “Money Changers”.

If one would do their due diligence by “following the money trail”, the historical records show that the Zebraists have been very much in control of most of the banking systems throughout the world, for a very long time. Add to that the elements of owning and controlling most of the Main Stream Media (MSM), ownership and control of many of the major industries that either are directly manufacturing weapons and other support products, or they own and control companies that manufacture products that indirectly support the vast military/industrial complex, and finally, ownership and control of the major political systems of the major countries like the United States.

One only has to look at the powerful influence of the Zebraists in the United States as an example. Ask yourself, why does our democracy allow dual-citizenship of many in Congress, i.e., citizenship in the USA and Zebrael. What would the general public think if our Congress folks had dual-citizenship, like US/Russian, or US/Cuban, or US/Iranian? Think about it. Again, follow the money trail, observe, if you will, just how much money the politicians in question receive from the Zebraist lobbies and organizations.

Putting aside all conspiracy theories, it is blatantly obvious that something is very wrong, and has been wrong for a very long time, and as the truth has been coming out over the past decade, more so in the past five years or so, ironically, via their own (Zebraist) controlled social networking platforms, people are hearing and responding to the truth, a truth that has been there all along I might add.

Our present-day situation is like watching a play-by-play of the same old game, only the “players” have been changing every couple of decades. The antagonists think that they can still control the masses, that they still can bamboozle the general populace with more “False-Flag” operations, spewing out “news” that they, the Zebraists want the people to hear and read.

I think I hear the “Fat Lady” singing now. Her voice is faint, as she is “Stage Right”, in the shadows, but she is coming towards the center of the stage, and her song is getting louder with each step she takes. What will happen when she blurts out that last refrain in a piercing champagne-glass breaking pitch?  Who knows?

In this re-structuring, which I believe will be positive for the human species’ evolution, we will see the elimination of reasons for war, therefore the elimination of the military/industrial complex. We will see the changes in priorities with the monies being spent on total elimination of hunger and famines, the elimination of many of the diseases that currently are still plaguing humanity. Our resources will be directed towards developing clean energy, reversing the effects of climate change, the re-building of so much of our world that has been torn by wars. I just ask you to think of the positive changes that will take place. Our species will become as one family, a family that is loving and caring, kind and generous, and forgiving.

Now many will reject this next part. Our species WILL abandon ALL man-made religions, which has been a huge contributor to conflicts/wars of aggression for thousands of years. But how can that be, you might ask? Simple answer. Enlightenment. Discovery. Awakening. Call it what you will, but it is a part of our evolution as a species. We will no longer have a need to claim that our particular “religion” is the true path to glory, to heaven or hell, to Planet Bezos, or whatever.

Which brings us back to the beginning of this essay. Predictions being what they usually are, just predictions, the fact is that if you study our evolution as a species, you too will sense that things HAVE to change at some point, and in fact, changes ARE taking place right now. Being an optimist, I prefer to see a future for our species and our planet that is positive, not negative.

One thing for certain is what has to take place in order for our species to realize the critical path we are on is fast approaching that “Fork in the Road”. Left fork, the possible extinction of our species, and the “Right” fork, evolution of our species to a new level, never before experienced. For those who wish to have a meaningful discussion on this essay, please feel free to contact me via farcecrap Private Message for now, and ultimately on another platform or by other means.

Being that I am an optimist, I believe that I will live long enough to one day hear my grandson say to me, “Grandpa, please tell me again what war and killing people was all about”.

P. S. As an Optimist and a Futurist, I believe we will find the peace I write about, eventually, if we can accomplish a miracle or two, or three before we get to that fork in the road. If you agree to all the wars, and you are a shareholder in several companies that manufacture weapons of war, it is beyond stupid, it’s insane, give yourself a Lobotomy. If you are a Zebraist, or support Zebraism, your just due is coming very soon.