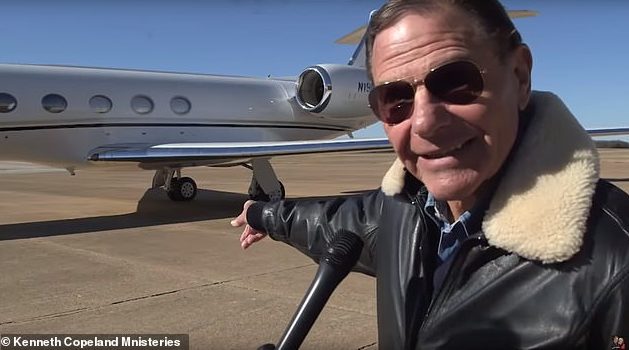 Christianity, in all its sometimes-bizarre iterations, is the most radicalized and subsequently the most ridiculous religion of them all. To so adversely and perversely change the intent of a prophet’s words of Love, Compassion and Forgiveness into a religion that condones apartheid actions by others, (and sometimes because of their own actions), is, and should be, a “Wake-Up Call” for our entire species.

Many religions have their own percentage of Wackos, killing people because of the perverse radicalization of their beliefs, but Christianity wins the Grand Prize, the Big Fat Cigar. Just study the history of our species folks. I have, and I still do. Just like the so-called Pentecostal Revivals over just the past one hundred years or so.

As it morphed over the years, it spawned so much bad shit I don’t know where to begin describing the absolutely insanity. We could start with the “Prosperity Preachers”, you know, the ones who laugh all the way to the bank with your “Tithes & Offerings” as they place their order for their new Gulfstream G650 and their third Rolls Royce.

Or we could have a discussion about the rampant sexual abuse of children by Catholic Priests.

Or we could just talk about the so-called “Christians” who lead double lives, pretending to be “Holier than Thou” when in actuality, they are the biggest “Hypocrites” of ANY religion.

Zionism, the radical distortion/theft of a religion shares the Big Fat Cigar by the way., and they’re laughing all the way to their bank as well. Just ask ANY true follower of the Hebrew faith.

I’m sure some of you “get it”. Those of you not only know what I am talking about, you can add to these comments of mine.

Time is bringing us to a fork in the road. You can follow all the rest of the sheeple down the left path, or, if you DO get it, come with me as I take the “Right” road into the age of Aquarius.

There still is time for the rescue of our species. Join “The International Tabernacle of Abiding Dudeism” at www.itad-nao.com