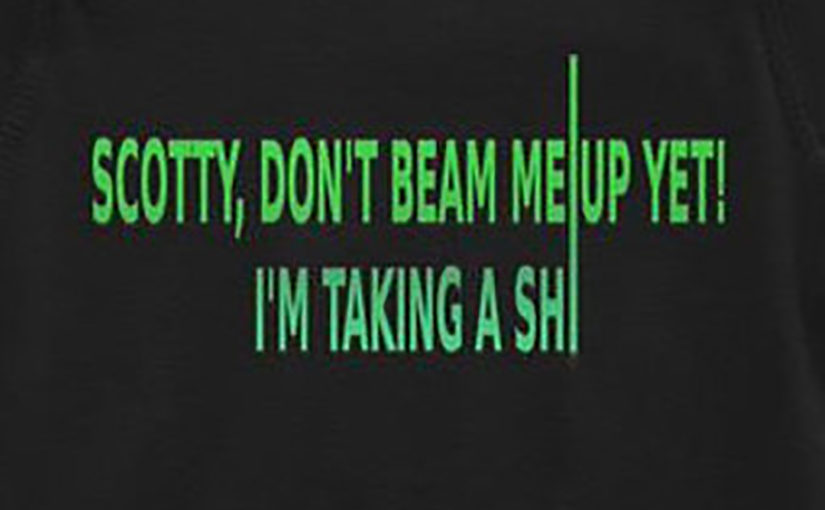 Archaeology has evolved in the past 150 years. Our technology has advanced to the point that what was undiscovered just 50 years ago, is being discovered. New discoveries keep moving that “flag” or sticker of the “Cradle of Civilization” around on the map. We are discovering new parts of mankind’s past that are more and more convincingly, evidence of our species evolution. Jules Verne’s “From the Earth to the Moon”, if we really didn’t go, and actually place a flag there, we very well could in the not too distant future.

We see in our recent past 100 years, a technology advancement in our ability to kill millions of people with the evolution of our weaponry from spears, bow & arrow, to single-shot muskets and pistols, to Nuclear Weapons. Where does it end, or what does THAT capability evolve into?

I believe that the human race as we know it today, was not an accident. I also believe that it MIGHT be possible that our species (Homo Sapiens) evolved from a life-form that was placed here on Planet Earth by another life-form, “Aliens” if you will, that are so far advanced and so much older, that they put us here because our previous planet was dying. And that MAY have happened hundreds of millions of years ago. Not recent history.

If we ARE/HAVE BEEN an experiment, it’s an experiment that has gone wrong. Unless we can turn it around. Do we continue to evolve to the point of “Star Trek” and “Star Wars” type of interplanetary space travel? Maybe, if we’re lucky. Do we evolve to the point where there are no more wars, no more killing, no more suffering from diseases and starvation? Maybe, if we’re lucky?

Where do we begin? We certainly have the ability and resources to improve our species, to direct ourselves towards those positive things, instead of continuing down a negative path with negative attributes and a negative outcome. We are rapidly approaching a cross-roads of sorts. The left road or path, which I call the Road of Bad Karma, will undoubtedly lead us to the destruction and elimination of mankind. The RIGHT road or path, the Road of Good Karma will take mankind to what some would characterize as a Utopia. A time and place where our species will no longer suffer from all the bad karma, no more wars, no more suffering, i.e., “Peace on Earth, Good Will Towards Mankind”.

How do we accomplish this? We must consolidate all of our individual efforts in to ONE global effort, to overcome the Bad Karma and replace it with Good Karma. The beginning of this choice as we come to the cross-road, is to recognize a few basic ideas or thoughts that have been a part of our evolution since the beginning of our existence.

Number One: Embrace and coexist with our fellow human beings in a peaceful and loving manner. The Golden Rule should/is the only factor that should/will be recognized. It’s as simple as that folks.

In order to do that, Number Two: Recognize the various forms of religion for what they are. Religion. When someone says they believe in a particular religion based on faith, I like to point out that there is another word that they can substitute, and that is IMAGINATION. Imagination which is to say, gullibility. Religion in all its forms has certainly played its part in the evolution of our species, but over the last several decades, it’s become a known factor that has finally been recognized as a hindrance to our further development as a species, especially as it relates to our peace of mind (sanity) and well-being.

Many folks, numbering in the hundreds of millions, have discovered for themselves the REAL TRUTH (setting aside ALL of the conspiracy theories). The real truth, that is replacing the hocus-pocus of religion, is quite simple. We CAN rebuke/replace all the bad karma with good karma. In doing so, we can change our government systems, eliminate wars and the reasons for war. We can/will re-direct those trillions of dollars towards the good karma, positive changes, processes, and emphasis that will change the world. It’s a HUGE task we have in front of us. It involves changing the mind-set of millions of people that are still blinded by their gullibility, false beliefs and their unintentional/misguided outlook on life itself.

Part of Step Two, let’s call it Step Two and a half: I have written so many times, that all of our voices are like individual flies, farting in the wind. We need to consolidate all of our efforts in some manner, so instead of random individual voices, we would/will be as one gigantic voice/movement that can/will change the world for the better, and for the sake of our species. One way to do this I believe is to gather on a platform like itad-nao.com. The “Internet” can/will be used as the powerful tool that it already is. The reason for a website like itad-nao.com is to provide an alternative to all the social media, such as farcecrap, which is openly supporting, as an example, the zionist organization/political entity.

Please feel free to respond with your thoughts, questions and suggestions. We do not care what or how you worship, all is accepted. Just leave your religious beliefs/dogma at the door with your shoes. We do not care what conspiracy theories you believe in. Imagination/Gullibility is a strong, can be negative or positive, mental/emotional process that our minds experience. The theories that we all agree are TRUTH, will be discussed as they relate to the well-being of mankind and the process/actions that we shall take upon us as an organization to CHANGE our world for the betterment of ALL species.

Step Three: Simply follow the Golden Rule. Please now take the time to review this post, and decide wither you are going to remain part of the problem, or take part in finding solutions to ALL the problems/issues that our species is facing right now. Let’s take the Good Karma Right Road. We can, and will create a world with a positive future for the human race. Visit www.itad-nao,com It’s a basic website, needs a lot of work. Eventually, it will have several “Chat Rooms” for multi–person video conferencing, a vetting process to prevent the scammers, CIA and anyone in dark suits joining. Thank you for your time.